After having been throttled by the pandemic, the Jalisco Philharmonic Orchestra (OFJ) has announced its second season and will offer its next eight concerts on consecutive Sundays at noon via Jalisco TV (https://jaliscotv.com). 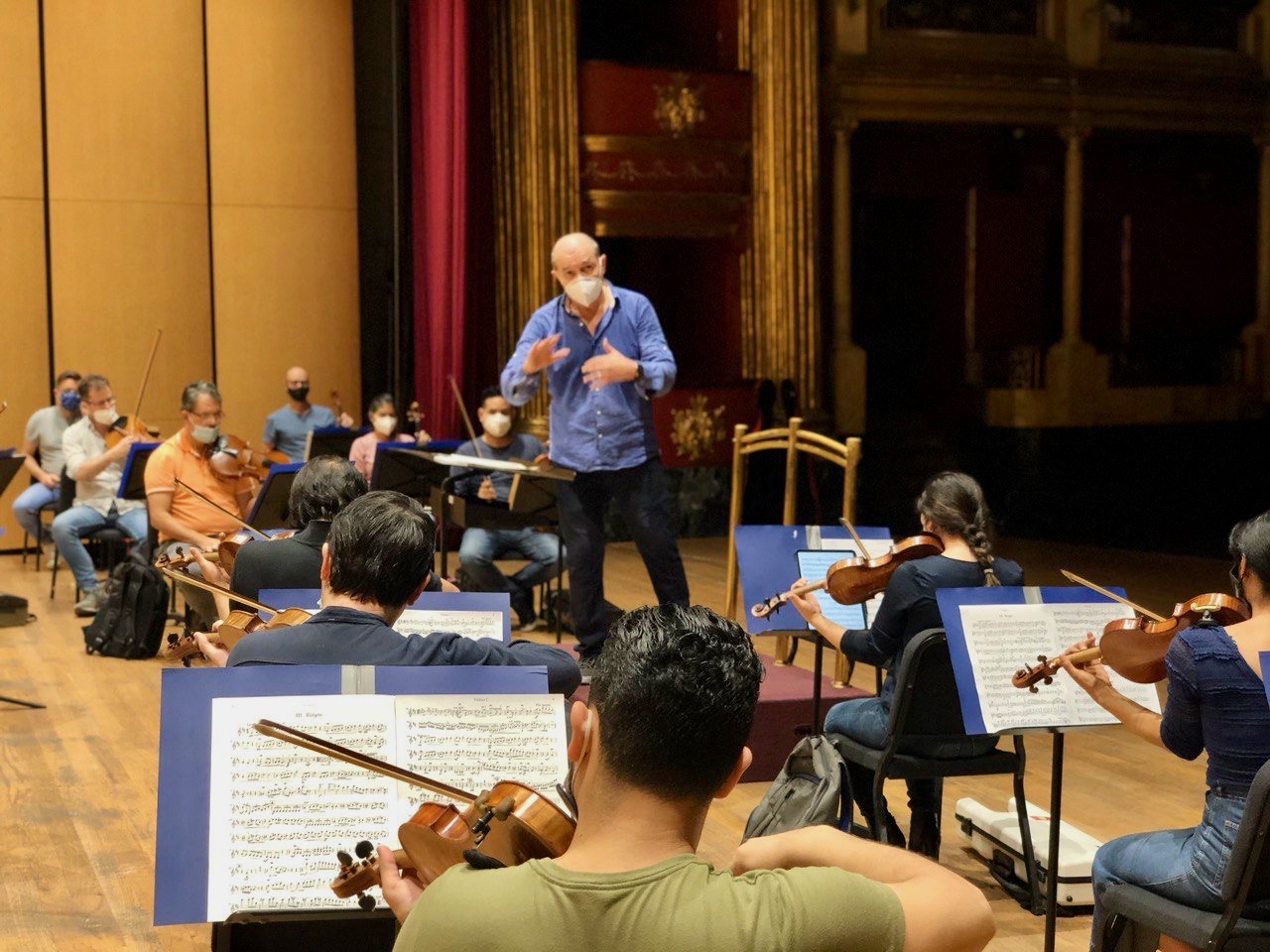 The orchestra, or smaller groupings as appropriate for particular titles, will play at Teatro Degollado, as the concert is transmitted by the Sistema Jaliciense de Radio y Television at jaliscotv.com.

Director Jesus Medina will lead some of these concerts, and guest conductors will take the baton for others.

A soothing program is on tap for this Sunday, November 1, noon, and audiences will hear Dvorak’s “Serenade for Winds;” Grieg’s “Two Elegiac Melodies;” and Tchaikovsky’s “Serenade for Strings.”

November 8, at noon, the offerings are Mendelssohn’s “Octet for Strings;” and Beethoven’s well known “Septimino” or Septet.

Subsequent concerts, some featuring OFJ soloists, are set for November 15, 22 and 29 and December 6, 13 and 20. The final performance is slated as the “navideño” or Christmas concert.

Details, some of which have not yet been decided, are at the orchestra’s website, ofj.com.mx.