Lakeside Little Theatre’s erstwhile thespian volunteers are up-and-at-‘em again, opening “How the Other Half Loves” by Alan Ayckbourn on January 14. 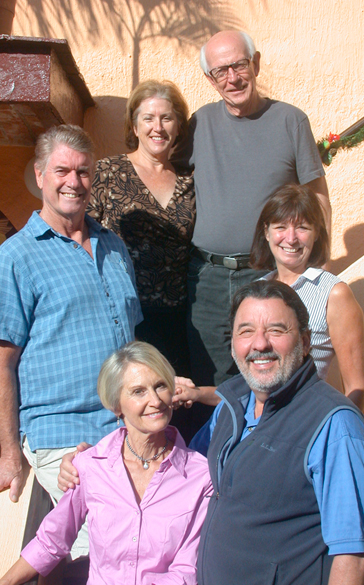 Sound complicated? Maybe, but the story line tracing relationships among three married couples of different ages and social statuses is reputed to be easy to follow and is bound to leave folks talking.

The cast includes Kathleen Carlson in her first appearance at LLT, Collette Clavadetscher, last seen at LLT in this season’s “No Clue,” Roger Larson, who first appeared on the LLT stage in “Incorruptible,” the charismatic Russell Mack, first-timer Peter Luciano and Daphne Peerless, a student in LLT’s summer program.

The stage manager is Cindy Hitchcock, assisted by Candace Luciano. The production assistant is Win McIntosh.

Tickets are 200 pesos each and go on sale Thursday, January 12, 10 a.m. to noon at the LLT box office. The box office will be open at the same time on January 13 and every day during the run of the show (January 14-22). The box office also opens one hour before curtain. Curtain time at LLT is 7:30 p.m. and on Sunday, 3 p.m. Season ticket holders wishing to change the date of their attendance should notify ticket manager Paula McTavish by leaving a message at the box office number, 766-0954.

Arrive early for the best parking and to enjoy the full-service bar on the Angel patio.

Lakeside Little Theatre is located on Allen W. Lloyd Drive just next to the Loyola Institute campus. From the Carretera, turn toward the mountain at the traffic light intersection across the highway from CocaCola distribution center, drive past the El Parque entrance and turn left through the gates in front of the Loyola Institute.

Arrive early for the best parking and to enjoy the full-service bar on the Angel patio.