Celebrating its tenth anniversary, the Scotiabank Northern Lights Music Festival (SNLMF) has now become a major international draw and is bringing musicians of sterling status to Ajijic. Special guests this season are world-renowned pianist Anton Kuerti, composer Christos Hatzis and the up and coming Aeolus String Quartet from The Cleveland Institute of Music. 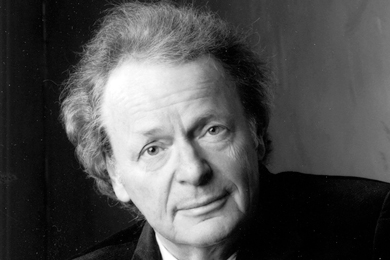 Some favorites are returning, as well. Flautist Susan Hoeppner will be here, along with amazing saxophonist Richard Underhill (who we missed last year) and violinist Dawn Wohn, who will play the solo in Vivaldi’s “Four Seasons.” Trio Accord from Vancouver, B.C. is scheduled to play and guitarist Alvin Tung will preview his new album at his concert.

Again, the orchestra will be made up of some new and some returning remarkable musicians brought together by founding director Christopher Wilshere.

This year’s festival will begin with two private concerts for SNLMF patrons. The first, on Saturday, February 11, 3 p.m., the Patrons’ Appreciation Event and Concert will feature the SNLMF Youth Ensemble under the tutelage of Wilshere, the festival’s artistic director.

The second is a Patrons Only Tea Time Concert with Trio Accord on Thursday, February 16, at 3 p.m. Nominated by the Western Canadian Music Awards for the best classical recording of the year, this trio is gaining wide recognition as one of Canada’s premier chamber ensembles.

The opening concert for the general public will be “Guitango 3” on Friday, February 17, 7:30 p.m. Lakeside favorite, classical guitarist Alvin Tung will bring his virtuosity and engaging performance style for the official Festival opening. Tickets are 250 pesos. 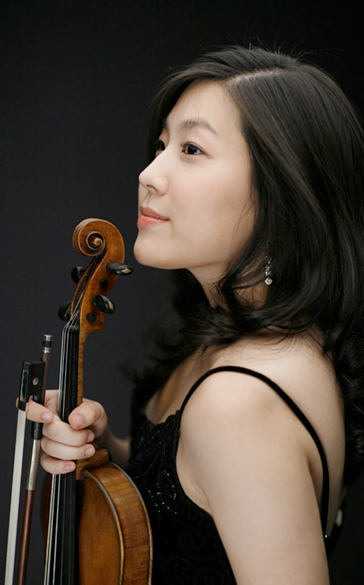 “Intimate Settings” is the title for a concert featuring The Aeolus String Quartet at the El Dorado Private Residence Club on Monday, February 20 at 7:30 p.m. Praised by iconic Strad magazine for their ‘high-octane’ performance, the Aeolus quartet is one of the finest young string quartets performing in the world today. The program will feature works by Beethoven and Debussy. Tickets are 250 pesos.

The Anniversary Gala, A Performance for All Seasons will be held on Wednesday, February 22, 7:30 p.m. at Auditorio de la Ribera del Lago. The concert features one of mankind’s greatest musical accomplishments: Vivaldi’s “Four Seasons” played by the Festival Orchestra. This masterpiece has been thrilling audiences around the world for nearly 400 years. This is a masterpiece to experience. The concert will also feature Christos Hatzis’ latest opus, “Departures,” for flute and string orchestra. Soloist Dawn Wohn will be the featured artist in “Four Seasons” and Susan Hoeppner in “Departures.” Tickets are 350 pesos.

Kuerti Plays Beethoven, featuring world-class pianist Anton Kuerti on the stage of Auditorio de la Ribera del Lago on Thursday, February 23, 7:30 p.m. This recipient of the Order of Canada is making his Ajijic debut this year, performing an all-Beethoven program. Tickets are 300 pesos.

Christos Hatzis, “A Portrait,” on Monday, February 27, 4 p.m. is a Visionary and Conductors Circle Patrons Only event. Composer Hatzis will talk his audience through some of his latest and most famous compositions. If being serenaded by the beautiful music of Christos Hatzis isn’t enough, the jazz band will also be entertaining the crowd after the performance as the musicians and audience mingle together enjoying some of the finest tapas and appetizers that Number 4 has to offer.

The Magic Flute concert featuring Susan Hoeppner is set for Tuesday, February 28, 4 p.m. at St. Andrew’s Anglican Church, San Lucas 19 in Riberas del Pilar. Hoeppner is an expressive and articulate flutist. She has appeared on stages all over the world with the grandest of orchestras and to the highest acclaim. She will be accompanied by members of the Festival Orchestra. Ticket are 250 pesos.

The Farewell Finale Closing Gala is set for Thursday, March 1, 7:30 p.m. at Auditorio de la Ribera del Lago. This gala will offer some of the most beautiful and melodic music ever written, beginning with Mozart’s “Piano Concerto Number 9,” performed by Anton Kuerti with the Festival Orchestra and conclude with Hayden’s “Farewell Symphony.” Tickets are 300 pesos.

A Visionary and Conductor’s Circle Concert Friday will be held March 2, 4 p.m. This is a casual, personal concert at a beautiful mansion on Lake Chapala and an opportunity to say goodbye, enjoy a private concert, hors d’oeuvres and a buffet dinner in the garden with the musicians.

Patrons’ packages are on sale now. Contact Judy Parker at (376) 766-5379 or This email address is being protected from spambots. You need JavaScript enabled to view it..

Tickets for individual events will go on sale Wednesday, February 1, 10 a.m. to noon at the Lake Chapala Society Tickets, Etc. booth and at Charter Club Tours in Plaza Montana from 10 a.m. to 3 p.m.