A fascinating exhibition of photographs taken by 13 children and teenagers who sell chips, gum and other items on Guadalajara’s streets opens at the Efren Gonzalez Art Center (Marcos Castellanos 7, Ajijic) Saturday, June 16, 3 p.m. 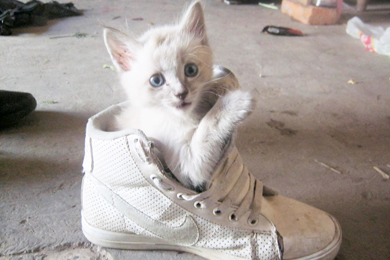 The first workshop was initiated by photographer Josh Meltzer in 2009 and included 17 teenagers. The cameras were supplied by the New York-based non-profit Listen to my Pictures.

Students from that workshop showed 50 of their images at the Regional Museum in Guadalajara. A second workshop in the last half of 2009 included 13 children aged eight to 12 years old, who presented their work at the Instituto Cultural Cabanas.

The aim of the workshops is to give the children a way to express what they see, experience and feel. Students first study the basic techniques of photography and then are given a camera to practice the skills of focusing, framing, composition, light and color to capture images reflecting their daily lives.

Ajijic Rotarian and photographer Allan MacGregor joined the workshop in 2010. It has continued until now with groups of ten to 15 children and teens each semester, who have shown their photos at exhibits in Guayabitos, Nayarit; the Ex Convento del Carmen in Guadalajara and last year at the Efren Gonzalez Art Center.

This year’s show in Ajijic, titled “Daily Images 2012,” is funded by a matching grant from Rotary International, coordinated by the Rotary Club of Ajijic.

The exhibit includes 30 framed images and an additional 20 matted ones without frames that will be on display only through Wednesday, June 20.

The images are poignant, funny, intimate, shocking and beautiful. The framed photos are for sale for 1,000 pesos each, with other prints priced at 500 pesos. All proceeds go to ensure the future of the workshops.

To see previous Reporter stories on the workshops, type CODENI into the search engine at www.guadalajarareporter.com.