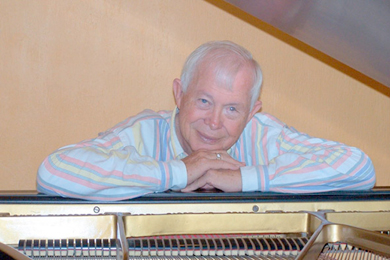 Board members having come close to shutting the organization down just a few weeks ago, the iconic 20-year-old Music Appreciation Society (MAS) is clearly up and running again with renewed interest and energy from many in the community. Desperate for an indication about which way the organization should move, President Kathleen Phelps held an meeting open to all in the Lakeside community to discuss MAS’s plight of diminishing ticket sales, the consequently disappearing treasury and the dearth of volunteers to keep the organization bringing good music to the area.

The recent General Assembly meeting saw twice the number of people attending as that of last year’s meeting. The problems and high costs of continuing to bring large musical groups from other parts of Mexico and from the United States was discussed and, in an effort to rebuild the coffers, there was approval for the proposed program for the 2012-2013 season featuring smaller and ‘tried and true’ groups that had proven their appeal. Rather than putting up traveling musicians and dancers at hotels, as they have in the past, MAS will be looking to private residents for billeting.

A new highlight for MAS is an expanded and newly re-launched website being restructured by Lakeside newcomer Berto Wuest at www.masajijic.com. It includes sound bites of the coming season’s performances. On-line sales and donations are planned to be ready soon. Pianist extraordinaire Galen Harris has offered a gala piano concert and hors d’ouevres at his home this fall to benefit MAS.

Phelps’ call for more Board and General Assembly members, as well as supporters to sell tickets, house performers and provide transportation to those ticket holders who prefer not to drive after dark, was answered with an expansion of the General Assembly with the election of Galen Harris, Jan Kauffman, Eva Lipka, Elizabeth Sellars and J.J. Volmer. Kathleen Phelps was approved as President, Bertha Arline as Secretary and Jan Kauffman as Treasurer.

Season tickets will be sold from August 13 to August 24, Monday through Friday, 11 a.m. to 1 p.m. at the Lake Chapala Society’s Tickets, Etc. booth. They cost 1,300 pesos for central seating and 1,100 pesos for the side seats. Tickets for individual concerts will cost 350 pesos each.

For more information check the website at www.masajijic.com. To volunteer, call Phelps at 766-0010.

Saturday, January 12, 7 p.m. at the Auditorium and Sunday, January 13, 1 p.m. at La Nueva Posada will be the Classical FX Quartet from the Kennedy Center National Opera in Washington, D.C.

Saturday, February 16, 7 p.m. at the Auditorium is VIVA Flamenco dance troupe on a return visit, this time with their new “Arabian Nights” presentation.

Saturday, March 23, 7 p.m. in the Auditorium is the Banderas Bay Jazz All-Stars.