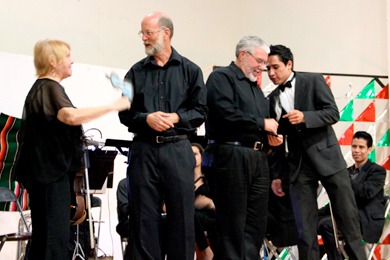 They are among nine expatriate musicians who perform with the budding village orchestra that celebrated its first birthday with an appearance at the Ajijic Cultural Center. The lively program entitled Mexico Sinfonica was dedicated to the late Victor Manuel Medeles Romero, the accomplished composer and music teacher who founded the local Centro Regional de Estudios Musicales (CREM).