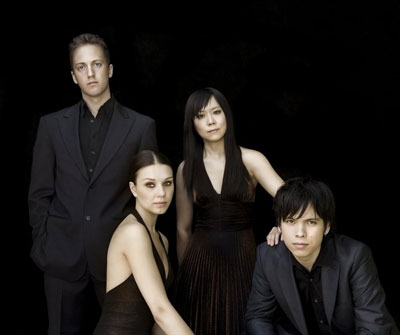 The Scotiabank Northern Lights Music Festival, Lakeside’s iconic musical event, is entering its second decade with yet another outstanding program.

Twelve concerts and additional musical events have been scheduled between February 16 and March 4.

Since the Auditorio de la Ribera del Lago is still under renovation, organizers have looked far and wide for alternative, comfortable concert space.

Central to this year’s edition of the festival will be the auditorium of the Instituto Tecnologico Superior, located just off of the Libramiento. Other venues will include the Moon Estate, Villa Wilshere, Chapala Media Park Sound Stage, Rancho la Esperanza, La Nueva Posada and Casa Contenta.

This year, several events are set for the afternoon, perfect for music lovers who dislike driving after dark.

These three recitals will allow fans to get up close with the festival’s musicians in the intimate ambiance of some of Ajijic’s finest homes.  Accompanied by a selection of wines and cheeses (included), these concerts cost 300 pesos each or 850 pesos for all three.

Tango for Two, Villa Wilshere, Saturday Feb. 16, 3:30 p.m.  Christopher Wilshere, the artistic director of the Festival, and one of Ajijic’s favorite performers Alvin Tung, team up to inaugurate the event with an afternoon of tango showpieces and Spanish dances for violin and guitar.  300 pesos.

Intimate Settings, the Moon Estate, Monday, Feb. 18, 3:30 p.m. & 7:30 p.m. The Attacca Quartet, the quartet in residence of the Juilliard School of Music in New York, is back in Ajijic for a beautiful evening of chamber music in an intimate setting. 300 pesos.

Jazz at Sunset, Chapala Media Park Sound Stage, Libramiento, Monday, Feb. 25, 6 p.m. This stunning location will lend itself well to Richard Underhill and his jazz quartet.  Underhill’s virtuosity on the saxophone is well known throughout Canada and has won him numerous Juno awards. 300 pesos.

Going for Baroque, Instituto Tecnologico Superior, Tuesday, Feb. 26, 7:30 p.m. Hear baroque specialist and critically acclaimed violinist Jeremy Bell in a performance unlike any other.  Joined by the Festival Orchestra, they will explore the great Italian baroque composers including works by Vivaldi, Handel, Scarlatti and Tartinni amongst others. 300 pesos.

Christos Hatzis, A Portrait, Casa Contenta, Wednesday, February 27, 4 p.m. Join the Festival players as they perform some of this internationally renowned Canadian composer’s most precious gems.  With Q&A before each piece with the composer himself and a “meet the musicians” cocktail hour after the performance catered by Restaurant No. 4. Tickets available at Lake Chapala Society only. 600 pesos.

General tickets go on sale from February 1 but interested parties may become patrons of the festival at one of three levels.

Each level provides a range of concert tickets, privileges and extra events.

Patrons of all levels can attend the gala reception on February 22, following the Gala Orchestra.

Visionaries can attend a “Violin Tasting” on Saturday, February 23, 3:30 p.m., when a top Canadian luthier explains what makes a Stradivarius so special and why some violins better than others. All the violins of the festival will be on display.  They also have access to Rising Stars, a private in-home concert, on Saturday, March 2, 4 p.m. with a buffet dinner and drinks included.

Conductor’s Circle patrons have all the other two categories’ privileges, as well as tickets to the Salon Series and the Christos Hatzis Portrait.

Contact Judy at This email address is being protected from spambots. You need JavaScript enabled to view it. or 766-5379 For full festival details, visit www.scotiabanknorthernlightsmusicfestival.com.