The Music Appreciation Society (MAS) has held open community meetings to garner more support and even brought in new volunteers but President Kathleen Phelps believes the 25-year-old iconic Lakeside organization may still be forced to close.

Generally by this time of the year, about 65 tickets for the coming season have been sold, Phelps says. This year MAS has sold just 16. 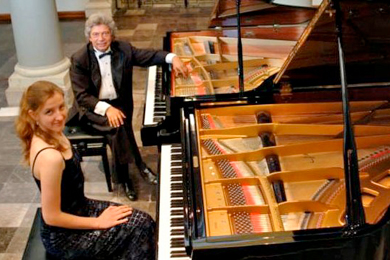 Selling tickets has become more difficult since VIVA la Musica! turned from its “Opera Buffs” beginnings and began providing other classical music options.  The Northern Lights Music Festival, beginning a decade ago with a small group of students from Canada, has become a juggernaut that draws heavy support from local Canadians and Scotiabank.

Only five MAS board members are currently active and two of them are not at Lakeside on a regular basis.
Phelps says she is willing to stay on and try to maintain the society but only if she gets more community and volunteer support.

Phelps says wrapping up MAS would not be a simple matter.  “We have assets (including the nine-foot Baldwin concert grand piano) and they would have to be dispensed with. We will be required to maintain an accountant until such time as those things have happened.”

If MAS does close, Phelps says all money paid for tickets will be reimbursed.

Under the guidance of first president Stanley Goldberg, MAS began with the mandate of providing high quality music and dance events for the community. Notable past presidents have included Charleton Bullock and Beverly Ely Denton.

Anyone interested in helping breathe life into MAS and keep it going should call Phelps at 766-0010.