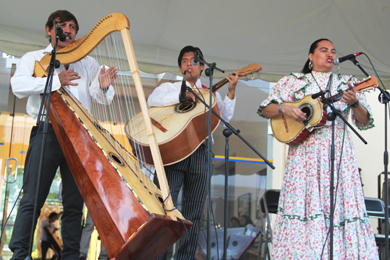 The Orquesta Tipica de Queretaro, under the baton of Julio Alberto Gandara Garcia, opened the event with a well-rounded repertoire of son, huapango, waltz, danzon and other traditional pieces. Ganadra´s own original composition El Beso del Agua was inspired by the legend concerning a romance between the Spanish Viceroy and a beautiful maiden that led to the construction of Queretaro’s ancient aqueduct.

By the third set, Mariachi Tradicional Los Pitayeros put the crowd of listeners on their feet to dance on a caja de sonido – a small wooden sound box that was employed by the mariachi bands of yesteryear as both a dancer’s platform and a percussion instrument.

Free snacks and samples of tequila drinks provided courtesy of Tequila Don Vito fueled a lively party atmosphere that continued as the musicians played on into wee hours.

Scroll down for more photos. 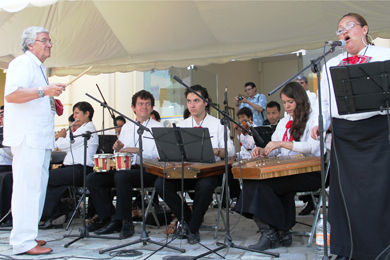 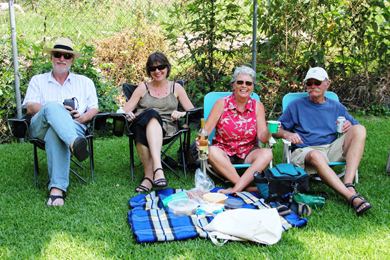