La Rondalla de Chapala is making a comeback after a 15-year hiatus. The original all-male vocal troupe was formed in 1976. A second generation reached its heyday in the mid-1990’s. The group reemerged six months ago with a dozen young musicians coming aboard with a similar number of old-timers under the direction of Felipe de Jesus Ochoa Hernandez. 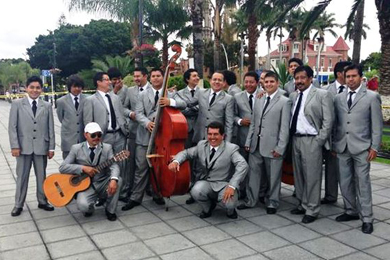 Since then the Rondalla has played at several local events, including a private luncheon thrown to honor Guadalajara Cardinal Jose Francisco Robles Ortega during his visit to Chapala last July and a public appearance on October 4 marking the final night of the city’s Fiestas Patronales.

The group has now been booked to perform on November 16 at Guadalajara’s Teatro Diana, sharing the bill with the Rondalla de Saltillo, Rondalla Motivos and the famed romantic trio Los Dandys. Ticket prices range from 150 to 350 pesos a head, available from the Diana box office and Tickmaster.

The Rondalla style is distinguished by singers who perform a repertoire of smooth love songs, accompanying themselves with guitars and other string instruments.