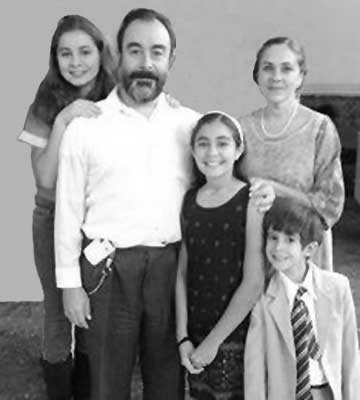 Few members of the audience at the Auditorium in Ajijic last Friday could have anticipated the treat that awaited them at The Hermosillo Family and Friends’ Christmas Concert. Presented by ¡Viva La Música!, it featured operatic and Christmas music in a “Tribute to Harlan Snow,” who died in 2010 aged 82.

The program opened to Mariana and Lucia playing Giuseppe Torelli’s “Concerto for two violins.” The audience was enraptured, not only by the expert command of their instruments but also by the poise and confidence the pair displayed on stage. When Mariana returned to sing Andrew Lloyd Webber’s “Wishing you were somehow here again,” no-one can have escaped the tingling sensation down the back of the neck, her delivery and demeanor were perfect.

Arm and neck hairs continued to get a comprehensive work-out throughout the show, particularly during Lucia’s singing of Schönberg’s “I Dreamed a Dream” and young Jorge’s statue still, boy-soprano rendition of “Concerto for one voice” by Dedeux which brought the house down.

Several times the three children provided a very proficient violin accompaniment for the adult singers. “Dunque io son?” from Rossini’s Barber of Seville by Patricia Hernández and Héctor López was delightful, while the harmony of the entire group during Verdi’s “Va Pensiero” from Nabucco was utterly breathtaking – so much so that it became apparent that the entire audience was holding its collective breath as the song went on, only to release it in a massive, delighted sigh before breaking into applause. The same happened with the penultimate offering - “Oh Holy Night” by Adolphe Adam when the beautiful pure notes and close harmony made the same sensations inevitable.

The concert closed with Beethoven’s “Ode to Joy” sung by the whole group in German, followed by an immediate standing ovation lasting several minutes.

The exceptionally high standard of performance certainly did Harlan Snow proud and it is clear that Snow’s and ¡Viva’s! dedication to encouraging young Mexican musicians is remarkably similar.

After teaching music, conducting and voice at various colleges and universities in the US, Dr. Snow retired to Guadalajara in 1992. There he coached talented young Mexican singers, including the adult members of this group who all met as students at the University of Guadalajara. Many of his students went on to complete further studies elsewhere.

Baritone Héctor López went on to take his Master’s at Houston’s Rice University, as did his wife, mezzosoprano Patricia Hernández.

Antonio, a baritone, is paterfamilias of the gifted Hermosillo family and an alumnus of the University of Arizona. So is his wife, soprano Gaby Zepeda, who played the piano accompaniment throughout the concert. She is also a composer, youth choir conductor and mother of the three talented Hermosillo children, Mariana (14), Lucia (12) and Jorge (7).

The three youngsters study violin under Vladimir Milchstein, winning prizes and scholarships and, despite their youth, have already played as soloists with the Jalisco Philharmonic Orchestra.

Recent recipients include: Eduardo Garcia, for a new cello; tenor Francisco Bedoy, attending the University of Kentucky, and soprano Estefania Áviles and tenor Manuel Castillo for master classes in Italy.

Its dedicated group of volunteers work hard raising the funds to provide this financial aid. Drawing upon the wealth of musical talent available in Mexico, ¡Viva! brings talented Mexican musicians to perform at Lakeside five times each year. It also sponsors bus trips to the opera broadcasts at the Teatro Diana, in Guadalajara and to Jalisco Philharmonic Orchestra concerts at Guadalajara’s Degollado Theater.

¡Viva! is always happy to welcome new recruits and members. For more information see www.ajijicviva.org. The only qualifications needed are a love of music and a strong desire to encourage and nurture the exceptional talent of Mexican youngsters in this area – as exemplified by the very gifted Hermosillo Family and Friends.