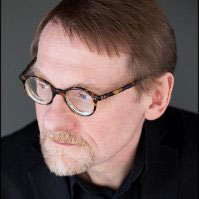 Patrons of Number Four, on Ajijic’s Donato Guerra, were luxuriating this weekend,  and not just in the superb cuisine.  In the first of three consecutive weekend performances, diners were treated to the outstanding pianistic and vocal talents of award winning composer, lyricist and musical director, John Roby.

A gifted performer with a magic touch and remarkable singing voice, Roby plays an eclectic mix of jazz, blues and stride.

Developed and dominated by black pianists, stride piano emerged on the U.S. east coast after World War I. A successor to ragtime, exponents include James P. Johnson and ‘Fats’ Waller, although pianists such as Gershwin, Porter, Basie and Ellington were influenced by the style.

Roby featured with Doug Riley and Tyler Yarema on the CD “Stride” that won the Best Traditional Jazz Performance Award at the 2005 Canadian Collectors’ Congress. Other CDs include “Gin Joint,” a reprise of popular jazz standards.

Composing music for theatre, radio, television and feature films Roby, a Canadian, has won much acclaim for his work, including two Dora Mavor Moore Awards: Outstanding Score for “Theatre of the Film Noir” and Best New Musical, for “Girls In The Gang” with playwright Raymond Storey.

Roby and playwright George F. Walker composed the musical “King of Thieves” for the 2010 season of the Stratford Shakespeare Festival.

Feature film scores include the award winning “The Hanging Garden” and “Beefcake” that won an Atlantic Film Festival Award for Best Music Composition. He also wrote the songs sung by Tim Curry and Grace Jones in the 2001 TV Movie “Blood Moon.”

When, in 2012, Lakeside Little Theatre presented “I’ll Be Back Before Midnight” by Peter Colley, Roby gave permission for the theatre to use the sound score he’d composed and orchestrated for that play’s production at the Blyth Festival in southern Ontario.

Roby’s short visit to Ajijic gives jazz, swing and stride fans a rare opportunity to enjoy his inimitable style at Number Four on the weekend evenings of January 10, 11 & 12 and 17, 18 & 19.