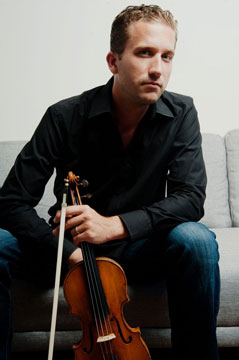 Tickets are now on sale for the 12th season of the Scotiabank Northern Lights Music Festival that runs from Monday February 17 to Saturday, March 1.

As always, Festival founder and artistic director, Christopher Wilshere, has drawn up an exciting and varied program of music. Here are a few of the highlights taking place during the first week.

Opening the Festival at the Auditorio will be “Alvin’s Adios.” This will be popular and highly talented guitarist Alvin Tung’s farewell performance after five years at the Festival, usually playing to sold-out houses.

Performing “Baroque in Song” on Tuesday February 18, as part of the Festival’s Salon Series, Canadian-American soprano Erin Cooper Gay has an unusual alter ego – she can sometimes be found playing in the brass section of major orchestras.

The soprano soloist for Mozart’s Requiem, with Orchestra Toronto on its 60th Anniversary, Cooper Gay most recently rejoined the CSO for an all-Baroque concert in the Umstattd Performing Arts Hall, singing arias by Handel, Bach and Vivaldi.

On Thursday February 20 one of Canada’s most respected jazz musicians, alto saxophonist Richard Underhill, changes the pace.  Winner of the 2003 JUNO Award and nominated in 2005 and 2007, he also won the 2008 Roy Thomson Hall Award of Recognition and was nominated for the Prix du Jazz at the Montreal Jazz Festival. A founder member of the Jazz fusion group The Shuffle Demons, he’s recorded, performed and toured extensively, with an impressive line-up of top musicians for over 27 years.

Appearing with Underhill in “Jazz it Up” are drummer Daniel Barnes, Jesse Dietschi on Bass and pianist Ben Hognestad. Joining them is vocalist Terra Hazelton, returning after several years – and with a Genie nomination for best supporting actress she earned along the way.  It promises to be a lively night at the Auditorio and may also be the first time a potential politician has played jazz at the festival.  In January 2014, Underhill officially declared his mayoral candidacy for the city of Toronto, Canada for the 2014 election – as did 23 others!

International flutist Susan Hoeppner will perform “Romancing the Flute” at the Centro Cultural Gonzalez Gallo (the old Chapala train station), on Friday February 21. A graduate of Juilliard and soloist with orchestras all over the world, Hoeppner is an acclaimed recording artist and was nominated for a JUNO Award in 2012. She recently commissioned a new flute Sonata by Gary Kulesha and premieres this work in her 2013-14 season in Canada and Mexico. 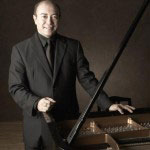 On Saturday, February 22 the Gala Orchestra, featuring pianist Jamie Parker and violinist Ben Bowman, will round off the first week of the festival with Felix Mendelssohn’s “Concerto for Violin and Piano” at the Auditorio.

Principal violinist and Associate Concert Master of the Canadian Opera Company, Bowman was identified early as a young talent. He gained his Bachelor of Music degree from the Curtis Institute, Philadelphia, where admission is extremely competitive and all pupils attend on full scholarship.

Featured on the 2013 JUNO-winning album “Levant,” he has regularly performed throughout North America, Europe and Asia as an acclaimed soloist and guest artist for some of the best chamber music ensembles.

Parker is one of the most sought after pianists. He studied for his Master of Music and Doctor of Musical Arts degrees at Juilliard. Multiple awards followed and he is now Associate Professor, Rupert E. Edwards Chair in Piano Performance on the music faculty at the University of Toronto.

Parker is a consummate professional and has performed with major Canadian symphony orchestras. The winner of three JUNO awards he is recognized as a soloist, chamber musician and as the pianist for Canada’s foremost ensemble, the Gryphon Trio.