Just a few days remain to catch the astounding exhibit of ceramic sculptures by local master craftsman Gilberto Torres Herrera at the Centro Cultural Antigua Presidencia, on display in the ground floor gallery at the corner of Avenida Madero and Hidalgo.

Torres is showing a collection titled “México Prehispánico,” marking his 60-year career of creating faithful replicas of figures representing Olmec, Mayan, Aztec and other pre-Columbian cultures from all over Mexico. The works range in size from ten centimeters to one meter and a half in height. All pieces are up for sale, except for several original objects and fossils he discovered on Lake Chapala’s shoreline. The exhibit is running through Monday, December 31. 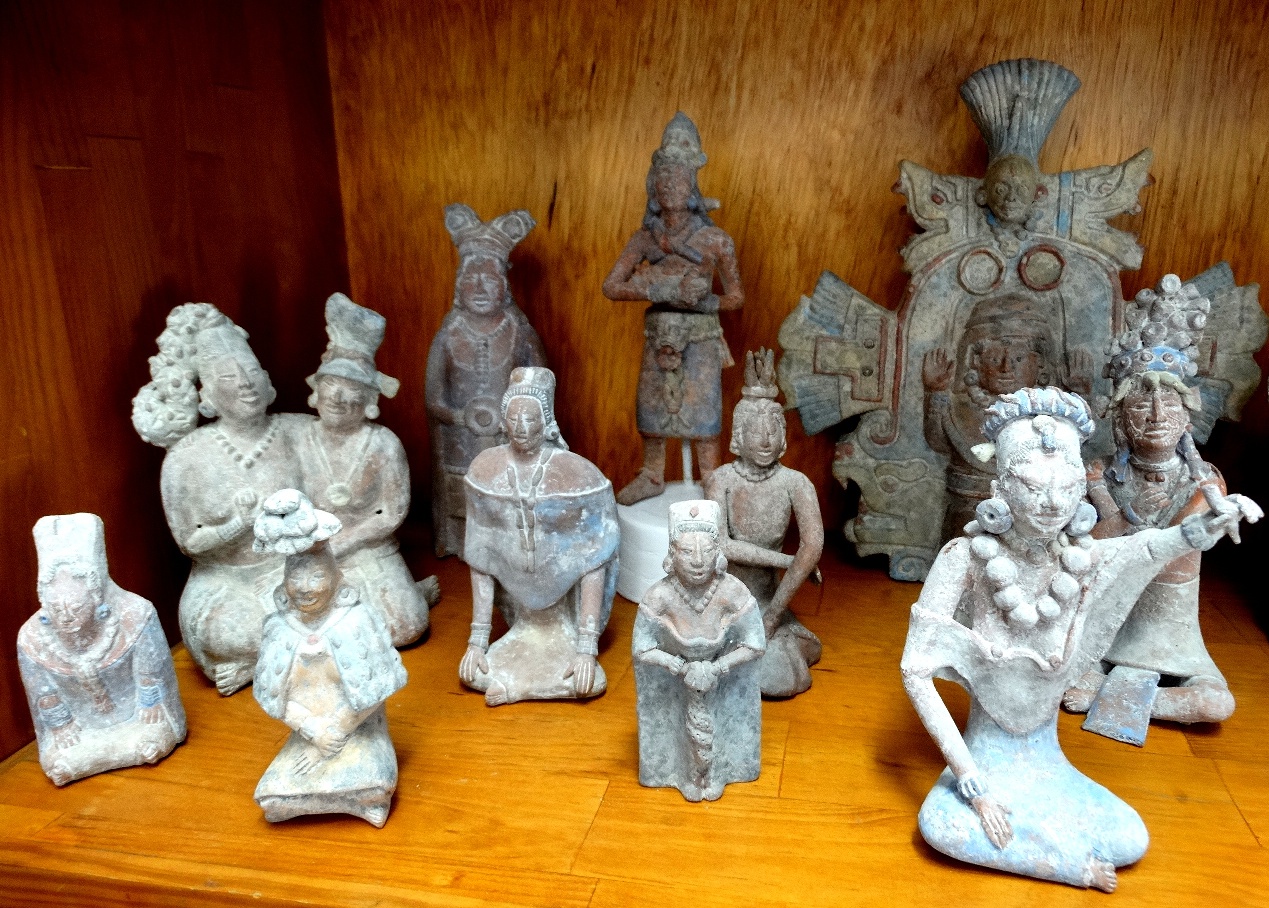 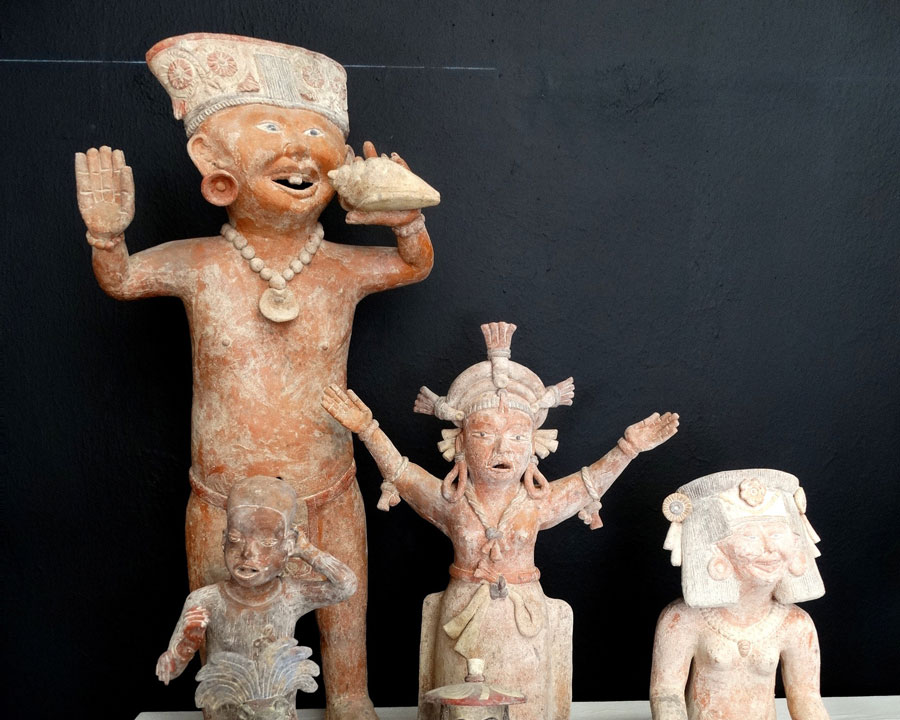 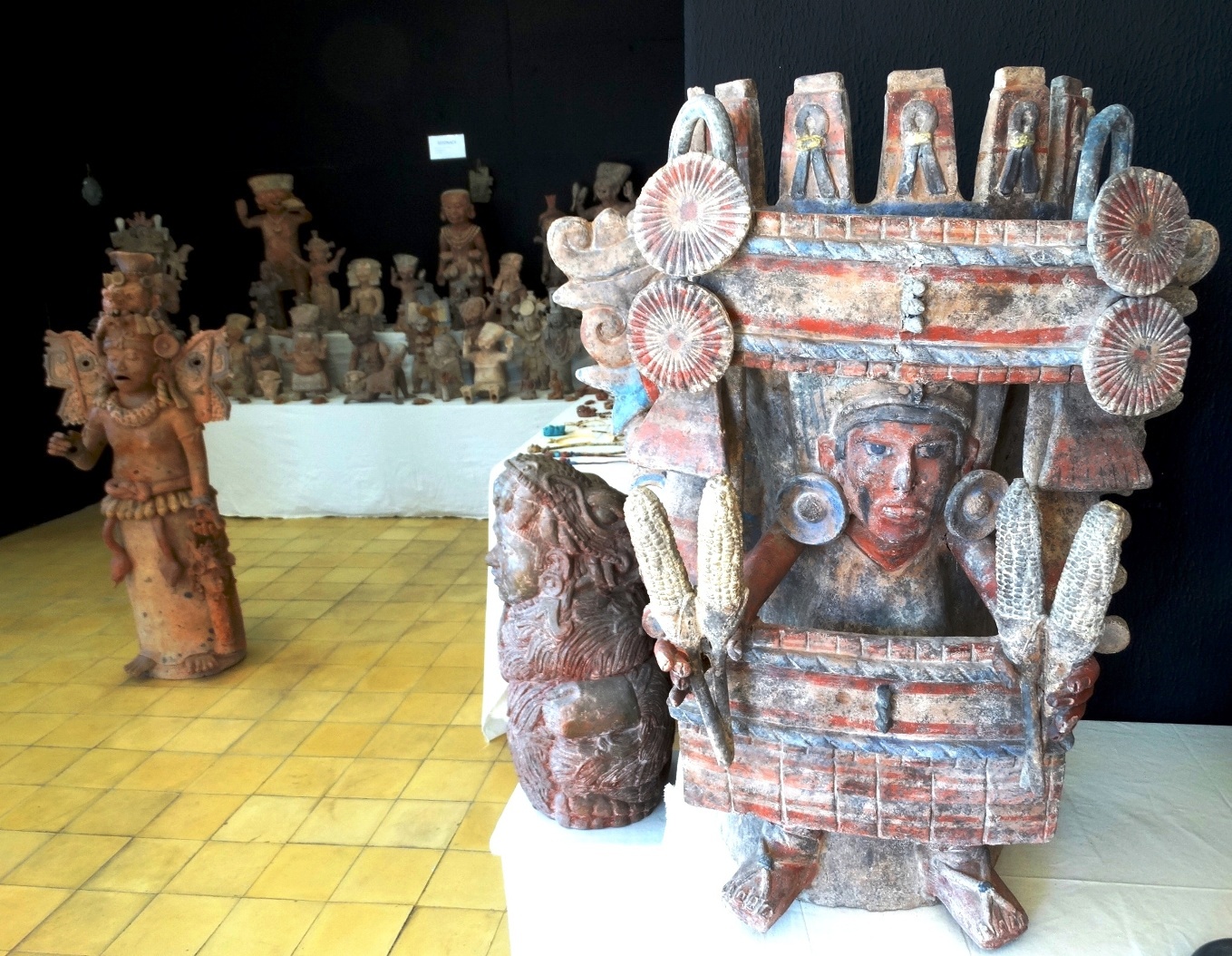 Torres Herrera, 77, learned his craft as a young boy at the elbow of his late father Rodolfo Torres Mendoza, the first Chapala artisan to specialize in reproducing art of the ancients.  He is also the founder of the Expo Artesanal Chapala (ECA) craft shows, held several times each year since 2008 to showcase locally produced arts.