Tony-Award winning entertainer Levi Kreis gives four presentations of “O’ Canada,” focused on tunes made famous by Canadian musical stars, at The Spotlight Club, Friday and Saturday, February 22 and 23, at 4 and 7 p.m.

Kreis is a country singer-songwriter whose recordings have been featured on network television shows. With seven albums to date, Kreis has built a loyal following that continues to expand the reach of his own label, Imprint Vision 9 Records. 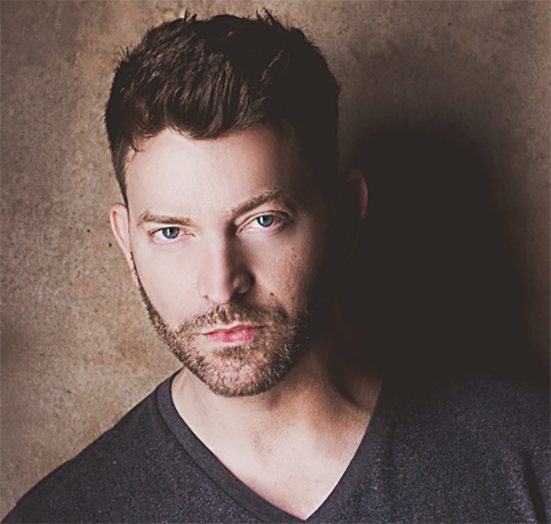 To Kreis, art is a real-life conversation that is healing, as much as it is entertaining. “I see art as an opportunity to convey something deeper, something spiritual. When you touch an audience at this level, they remember it forever,” he says.

Kreis is best known for originating the role of Jerry Lee Lewis in Broadway’s Tony-nominated musical “Million Dollar Quartet.” The role won him the 2010 Tony Award for Best Featured Act in a Musical. Other notable stage credits include “Violet,” “Smokey Joe’s Café” and the national tour of “Rent.” In film, he is best known for his role as Fenton, the brother of Adam (played by Matthew McConaghey) in Bill Paxton’s directorial debut “Frailty” (2001). He began his acting career in film and has recently returned to the screen with roles in “The Divide” (2017) and “A Very Sordid Wedding” (2017).

Levi’s country and gospel sensibilities have found their way forward in previous recordings, along with his honky-tonk piano style, and has defined some of his best known songs including the Outmusic Award-winning single “Stained Glass Window.”

No matter where he’s been in his musical journey, one thing was inevitable – Kreis would have to embrace his roots.

An East Tennessee native, Levi spent his youth mimicking the honky-tonk piano style of southern gospel music and idolizing country’s piano men. But Kreis confesses that everything he knows, he learned from Little Miss Dynamite, Brenda Lee. Traveling on her tour bus and studying her genius on stage and off, Kreis adopted Lee’s strong work ethic and classy reputation. But it was Lee’s ability to have an audience in the palm of her hand that Kreis sought to make his own. By all accounts, he succeeded. To this day Lee confesses, “I taught him everything he knows!”

Kreis learned from a legend. His charismatic live performances are his number one commodity, often described as Harry Connick Jr. meets Hugh Jackman. His musicianship is effortless. His southern humor will charm you. His vulnerability will move you. Years of exuberant reviews have dubbed Kreis the consummate performer.

Tickets, 500 pesos preferred seating, 350 pesos regular, are available at The Spotlight Club daily from 2 to 5 p.m., via This email address is being protected from spambots. You need JavaScript enabled to view it. or 331-845-1523 for reservations.