Being occupied with my own life in Guadalajara, for many years I was only peripherally aware of the cultural life going on at Lakeside, except for the occasional concert I played there. 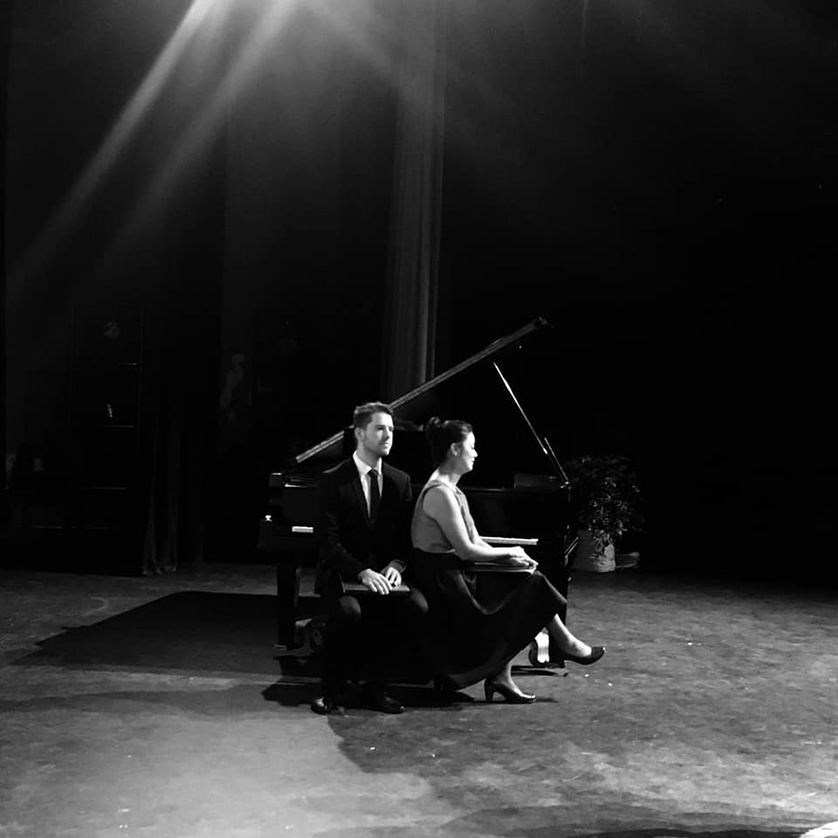 That changed last month when I was fortunately invited to write articles about four concerts in the Northern Lights music series and later attended those concerts. The first was the concert entitled “The End of the World,” performed by the magnificent Manhattan Chamber Players at the Haus de Musik, created by Hans Peter Aul and his wife Gabriela on the property of their home.

I got a somewhat late start and arrived there in the dark just as the musicians were taking the stage; I softly knocked on the opaque gate and was soon let in, then walked along the beautifully lit winding path through the jungle-like woods at the side of their house to suddenly see the luminous two-story white building glowing from within through the floor to ceiling windows. It was like arriving at Rivendell.

I was promptly seated and had the luxury of listening to the Richard Strauss Sextet for strings. I had heard recordings of the piece and had not been particularly impressed, but the live performance by the Manhattan Chamber Players was lively and delightfully nuanced with lots of communication between the players.  Again I confirmed that live concerts are always better, particularly when played by stunning musicians in such great acoustics. They followed with the great Piano Quintet of Dmitri Shostakovich, bursting with passion, rambunctious energy and good humor. I felt like an extremely lucky man to be present at such an unforgettable event.

Next up was “For the Love of Opera” at the Auditorio de la Ribera on February 17, with soprano Amalia Avilan, countertenor Daniel Moody and bass Alex Rosen, with music from the 17th to the 20th centuries. I’m a John Dowland fan and his songs sung by Moody were some of my favorite moments. The style also made me think of the monarchs of the time who would enjoy the music of their own personal musicians and composers and then get busy waging war on other folks. I also became even more accustomed to the countertenor voice and thought “Why not?”  Why should men only make certain kinds of sounds and women others? I was completely convinced by Moody’s performances, as well as those of the other singers. And there was a surprise performance by pianist David Fung, who made a spectacular showing in the songs from “A Midsummer Night’s Dream” by Benjamin. In what could have been a difficult part for a lesser musician, Fung whipped off the phrases and lightning gestures with great spontaneity and verve.

Again in the Auditorio two days later, Fung returned in a program of mostly Bach, with a welcome addition of the Piano Quartet in E-flat Major by Mozart, a quartet less obviously impressive than his G Minor, but which offers various wild harmonic rides, particularly in the first movement. Don’t ever turn your back on the ocean and don’t ever turn your back on Mozart – you’ll get hit. The featured Bach pieces were beautifully done and the encore, the slow movement from the G Minor harpsichord concerto, was deeply impressive.

Lastly, the concert by flutist Susan Hoeppner in Villa Wilishere, a beautiful place to listen to music, with golden hues of paintings and warm lighting. Joined by guitarist Raffi Altounian and soprano Amalia Avilan, Hoeppner offered a varied program, with my favorite pieces being the “Bachianas Brasileiras No. 8” by Villa Lobos and “Histoire du Tango” by Piazolla.  The second movement of the Piazolla, “Café 1930,” is intimate and nostalgic and brought a tear to my eye. Particularly with the sound of the flute being produced by whiffs of air, music seems so fleeting. I am indeed a lucky man and if I’m lucky enough to be around next year, I will go to as much of the Northern Lights Festival as I can.

Dr. Charles Nath has been a part of the musical world of Guadalajara since 1988, with 26 years as principal clarinetist of the Jalisco Philharmonic as well as many chamber music presentations. He also wrote a column on music for the Informador newspaper and made numerous music appreciation presentations on radio and television.