Following their sold out Christmas concert last December, the Lake Chapala Community Orchestra takes to the stage once again on Sunday, March 31, 3 p.m. with “The Sound of Movies.” 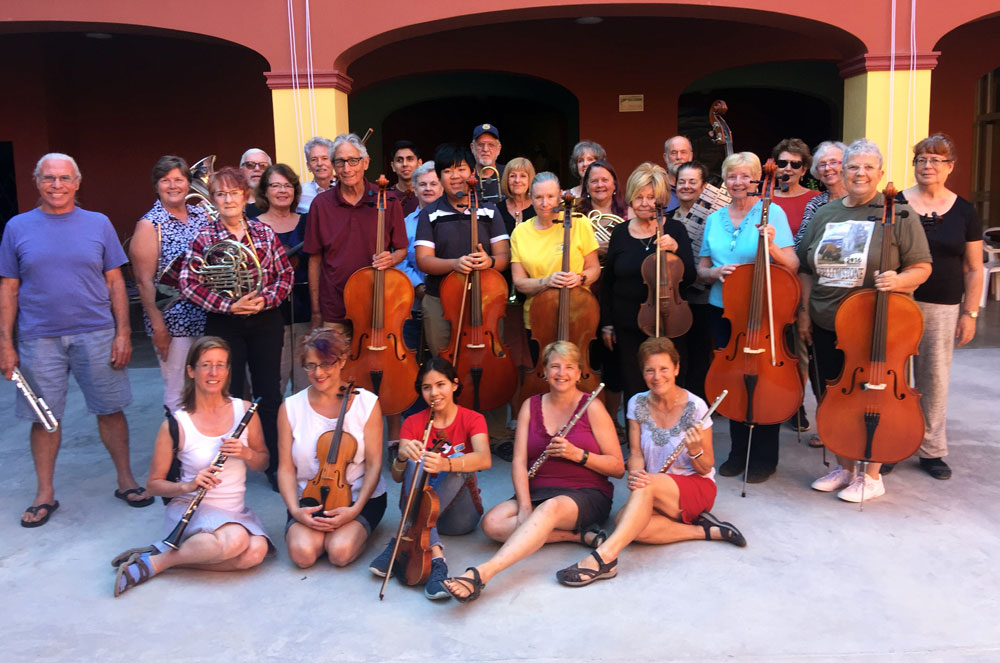 Formed in October 2018 with 13 players at the first rehearsal, the orchestra now has nearly 40 members who turn out for rehearsals every Saturday afternoon.

“It’s quite remarkable how this has taken off,” says Michael Reason, the orchestra’s conductor “It’s been a committed effort by everyone involved to make this a dynamic ensemble.”

Reason came up with the idea of having a concert of great movie themes. “The Sound of Movies” takes the audience on a cinematic journey across some of the best known film scores.

With so much material to choose from, Reason said he could have devised at least five different concerts. “In the end, I have structured the concert so the music represents various film genres. For example we have ‘The Western’ genre represented by a selection that includes ‘The Magnificent Seven’ and ‘The Good the Bad and the Ugly.’ Then the ‘Action/Adventure’ genre highlights some of the most memorable James Bond music.”

Joining the orchestra on stage will be Daniel Arturo Medeles, who will perform the solo violin in John Williams’ haunting theme to “Schindler’s List” and also the beautiful love theme from  Ennio Morricone’s score to “Cinema Paradiso.”

The Children’s Choir the Orquesta Filármonica Infantil de la Ribera de Chapala will join the Community Orchestra in such favorites as “When You Wish Upon a Star” from “Pinocchio” and “Recuerdeme” (Remember Me) from “Coco.”

Reason loves to include audience participation in concerts and this will be no exception. But he is keeping his cards close to his chest. “The element of surprise is essential,” he says.

Tickets are now on sale for 200 pesos (100 for students). They are available from Diane Pearl in Ajijic and through orchestra members.