To express their deep gratitude to Rosemary and John Keeling for their many years shepherding Viva La Musica, the CREM String Quartet and Chorus, ranging in age from 6 to 18, took turns performing at Ajijic’s Haus der Musik, May 2. 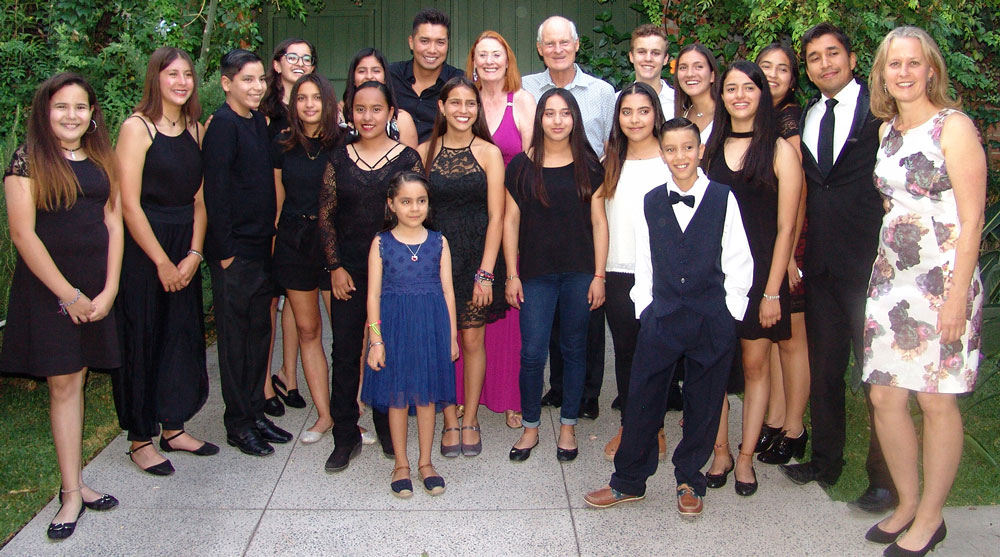 The stellar performance of the instrumental ensemble included Mozart’s Quartet No. 4 in C major and Bach’s Concerto for Two Violins and Strings in D minor, performed by soloists Michelle Ochoa and Mauro Ramos. The chorus was tightly coordinated, beautifully expressive and prompted wild applause.

The Keelings recently retired from running Viva la Musica for the past 12 years. Their efforts helped many young musicians pursue a music education.  Proceeds from Viva’s concert ticket sales have gone directly into scholarships for music lessons and instruments.

During the event, CREM Director Emmanuel Medeles and board member Margrita van der Hoek saluted the invaluable generosity of the Keelings to the lakeside community. They also highlighted the efforts of Victoria Corona and Suzanne Forrest, both of whom have given selflessly of their time, funds and enthusiasm to enhance music education at Lake Chapala.

Forrest presided over Viva la Musica back when CREM was just beginning. Medeles noted that, thanks to Forrest’s support, he was able to work his way through levels of proficiency at CREM to eventually become its director. Medeles is one of several CREM instructors who received scholarships from Viva in their formative years. 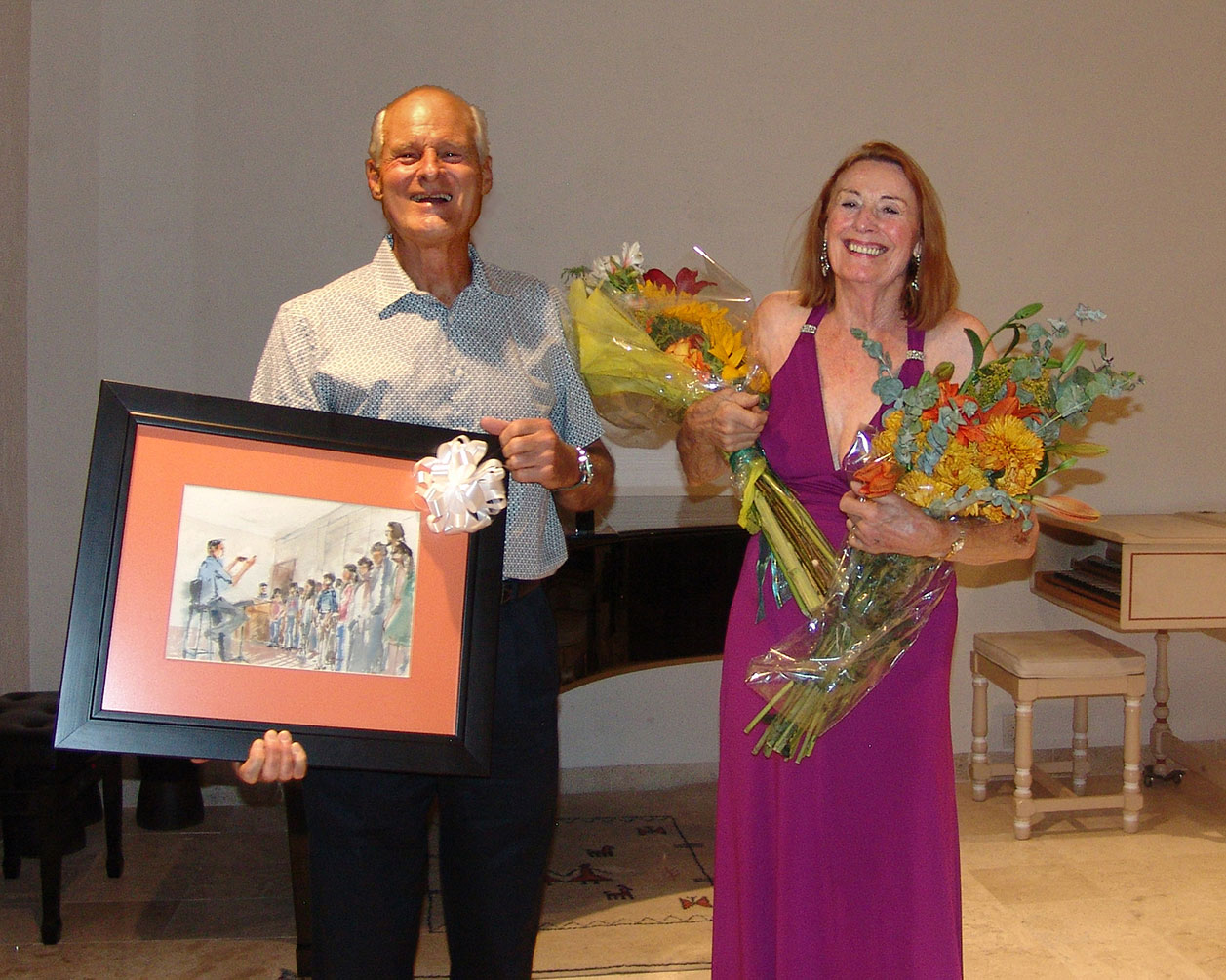 Corona, another crucial figure in local cultural life, recently retired from her work with the Jalisco Culture Department. She had been in charge of the Auditorio de la Ribera for many years, and like the others, never saw her activities as just a job and carried them out with heart and soul. Over the years, a warm relationship developed between Corona and CREM.

Van der Hoek pointed out that the Keelings also played a key role in Pro Auditorio, the organization that was instrumental in raising funds and running projects to remodel Ajijic’s auditorium.

To congratulate the Keelings for their outstanding service, CREM presented the couple with flowers and a painting of the CREM choir by Miguel Nuñez, father of two former CREM students.

In a touching speech, Rosemary  Keeling expressed her appreciation and joy for the opportunity to work with so many talented young people over the years.

The evening’s wonderful concert and the long collaboration it celebrated between CREM and Viva, highlighted the many ways in which Lakeside’s expat community has integrated and worked alongside their Mexican hosts.

CREM also offered heartfelt thanks to Gaby and Hans Peter for providing the magical and acoustically impeccable venue that is known as Haus der Musik.