The “hot spring” that occurs below the Tropic of Cancer is hard with us now. It has turned el campo (the countryside) surrounding Guadalajara to powdery browns and grays. 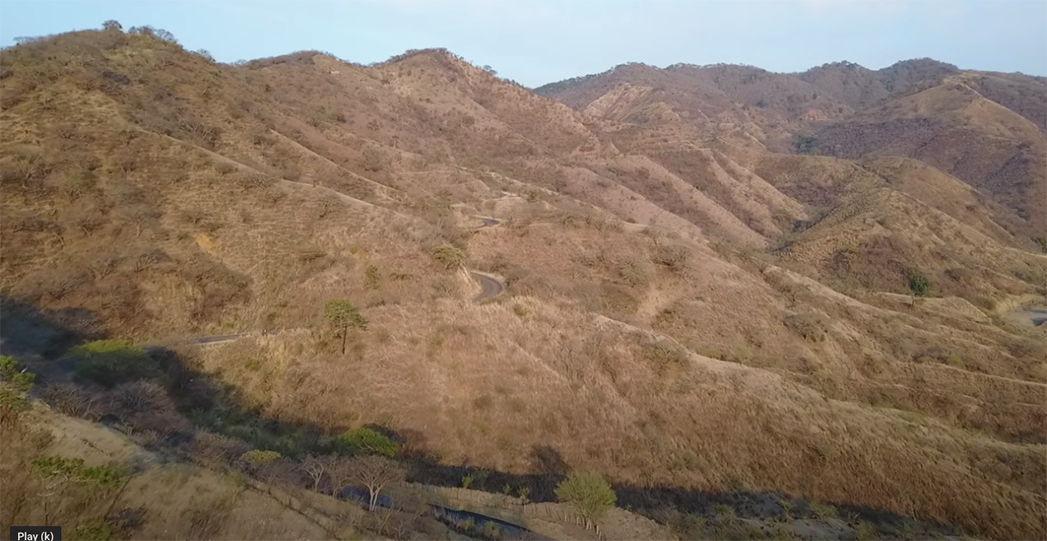 There, on the slopes and ridges, hard-handed men are at work on parcels of boulder-strewn, steep-slanting land, firing brush in the baking afternoons, clearing fields, piling together stone fences that stride down arroyos and cross rearing ledges. They appear in the heat-wrinkled air as melting apparitions. From these bared, distant mountainside milpas (cornfields) ride distant smoke and dust that shed a haze across all of Mexico this time of year.

Though this period of estiaje (dry season) is our warmest time, the tepid wind is full of the devices of spring: the hollow, unvarying saw of the rain-callers (cicadas), the teasing, dark clouds that build suddenly, then disappear fast, seldom brining much more than a sprinkle.

But for now, the dry season gusts have raked the mountainsides until their skeletons show plainly. Dust devils swirl out of the barrancas and into city streets, whipping milpa soil and curbside litter indiscriminately together.

This raw and unadorned dry-season landscape possesses a fierce magnificence. You get to the very bone of the land. The changing colors have altered distances and places. The wind has opened spaces we’ve missed or never seen before. There is a minimalist simplicity and clarity to the countryside now. And from high cerro ledges the steep-ridged, falling-sided barrancas seem like great, ancient beasts resting in hazy slumber.

It’s during this driest time that the tabachin and the jacaranda trees explode with unreasonable blossoms, scattering swaths of sun-yellow, flame-red and deep-lavender across busy corners and remote roadsides alike.

Up on the scorched ridges, wild osote trees recklessly burst into bud and leaf this time of eyar, as spiny huisache bushes show their black seed pods and, in the midst of heat and dryness, the spiky tepejuaje flourishes, its leaves a velvet moss-green. In the campo, people are out picking the long, narrow seed pods of mesquite trees. The pods, looking like skinny green beans —not the seed — are deliciously sweet just as they turn red.

It is this time of year that jostles many of us with its many contradictions. For it is the culmination of a hot dryness that began in the chill of winter, a season made up at once of summer temperatures and spring promise.

In the cities this is a time of nervous parties, thin skins, abbreviated, brittle emotional resources. In the cafes, even the young flinch in the shallow evening breezes and turn to watch every stranger, as if waiting.

It is a time much underestimated both by residents and visitors. Its secret lies in the fact that the powdery mountain dust, orange heat and burning cliffsides that surround us this time of year expose not only natural, but human revelations — that as unexpected resources and newly opened spaces of nature are revealed, so the searing air exposes us to our own often this personal resources, bone-true. The topsy-turvy paradoxes of the season — summer heat pressed upon the cool pledges of spring — tend to interrupt our belief that we live well-spliced lives, blur the image we create that our days are sleekly, rationally conducted, the spiky contradictions smoothed into invisibility by a combination of patched-together organization and polite inattention.

Most of all this season’s exceptional value lies in our recognition that the world is balanced at the point of dramatic change, hesitating as it turns toward an elemental miracle: the austere state of singed rock and sere winds [a couple of months] from now will be transformed into a world of growth and green grandeur, a resurrection of thronging buds and burgeoning leaves that will take a mere swift week.