The stuttering eruption, November 20, of Mexico’s 1910 Revolution was believed at the time to have been missed by most of the nation’s 10 million-plus inhabitants. 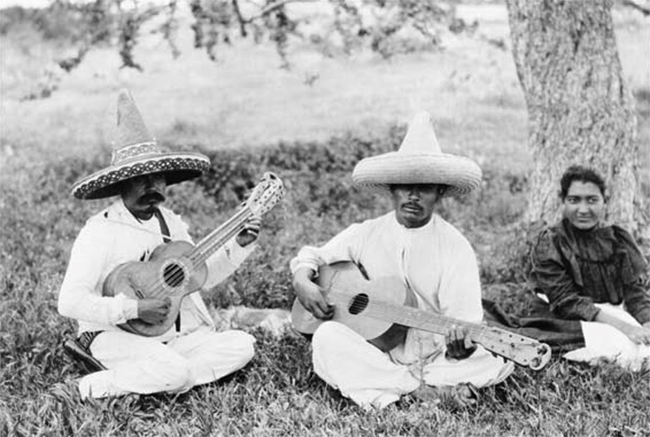 That was because 9.5 million of these worked “in virtual serfdom” for the rich. Eighty percent were illiterate. Seventy percent of that 9.5 million lived in rural Mexico. Though unable to read, they were kept informed of the fanciful — often vicious — misdeeds of the wealthy and political classes by Mexico’s ubiquitous trovadores, its corridistas. These popular peripatetic singers of the storytelling musical form, the corrido, served the poor and uneducated as a countrywide news service. By 1876, songs were being sung in remote villages of rebellious encounters with the hated rurales.

Smoldering discontent in small communities gained psychological muscle from corridista reports of bursts of unrest in other pueblos and in cities. When Francisco Madero’s aversion to the clunky authoritarianism that had ruled Mexico most of the 100 years of its independence moved him to begin speaking against 35 years of barbarous dictatorship under Porfirio Diaz, rural Mexico was impatiently awaiting a revolutionary leader.