Driving in Guadualajara reminds me of the T.S. Eliot poem, “The Lovesong of J. Alfred Prufrock.”

To lead you to an overwhelming question:

“Why the hell didn’t I just take a cab?” 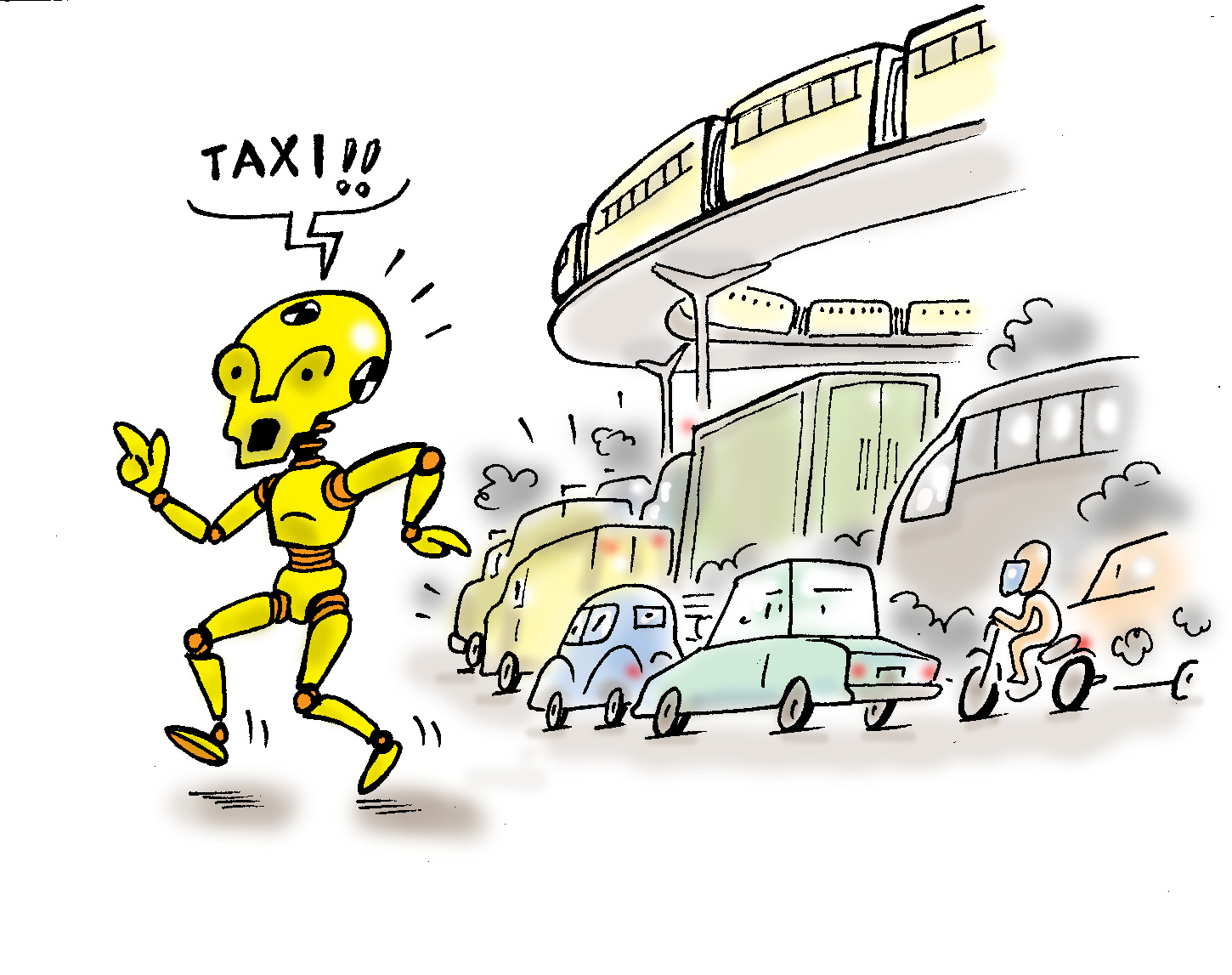 The problems are first, I can never follow the streets because they have too many names, even alternate names, depending on which direction you’re going in, and because I am too stupid to use a google map.

Second, let me get to my real point and paraphrase the inimitable Octavio Paz who has often written about Mexicans’ love affair with death. The images are all around us: walls of skulls, skulls in party hats, the beloved Katrina Doll (Victorian-dressed model with an extreme case of anorexia nervosa) and more. Countless surreal images mocking death and costume are used in celebratory clothes and jewelry – a big hit at Halloween.

Third, for me, there is no greater expression of this love affair than Mexican motor transit through Guadalajara. The town has too many cars, trucks, super-trucks, buses and motorcycles. Entering the fast-speeding roadways, you get the feeling they are holding a city-wide festival of Evel Knievel impersonators on magic mushrooms.  It gets that nutty.

Yes, there are traffic regulations and other regulatory and organizational efforts, but a red light isn’t really a signal to stop. It’s not even the proverbial jest, “a suggestion to stop.” It’s more like, “Wow, that red light is perfect to guide my way through the intersection at night.”  Or, “I think I can jam my gas truck in front of the ice cream cart with only minor damage to his popsicle poster.” Take the proper route around the glorietta? Ja, ja, no soy un niño. That’s like swimming with a child’s inflatable under me.”

Naturally, there is dangerous driving everywhere in the world. And much of this wild careening over and, sometimes, above roads is performed by younger men driving perilously close to disaster, for reasons known only to Darwin. Despite current beliefs, they are not trying to impress young women. They are trying to impress crash test dummies.

One of the main problems is the transportation infrastructure in Guadalajara. It has been obsolete for decades. A city of this size, mobility and population requires an accessible, city-wide mass transit system. Instead, the entirety of city planning has been focused on moving cars and trucks around.

As a result, many drivers rush around the city as though they were hijackers on the lam.  Buses and great trucks trundle along like lame brontosauruses, nose to tail. Motorcyclists find traffic lanes where there are none, usually woven between lanes.  Pedestrians pray that, no matter what, they will reach the other side of the street.

The ongoing rail construction and the cyclist and pedestrian throughways have not survived the idea that “we’ve got a very adequate budget … and the need is tremendous.” For example, the Line 2 subway project was supposed to be twice as long as it is at the present, when their money somehow ran out. If it weren’t for the familiar overruns, materials cost increases and so on, we could have extended the line over eight more stations. And the construction of the new subway line (Line 3, circulating from northwest of Guadalajara to southeast) drags on beyond its 2017 due date, tearing up the city and squeezing traffic even further into already crowded areas.

So, cars and aged buses proliferate, whereas new busing connections and safer and more accessible biking paths provide a low-cost solution to helping people get around the city, while subway and other transportation facilities can be established.

The great Octavio Paz would probably say, “Ed, I had more serious things in mind when I wrote about my countrymen and death. I always just took a cab.”