“It’s the past that tells us who we are,” Stephen Hawking told a conference at Harvard years ago. “That’s where you get your identity.” 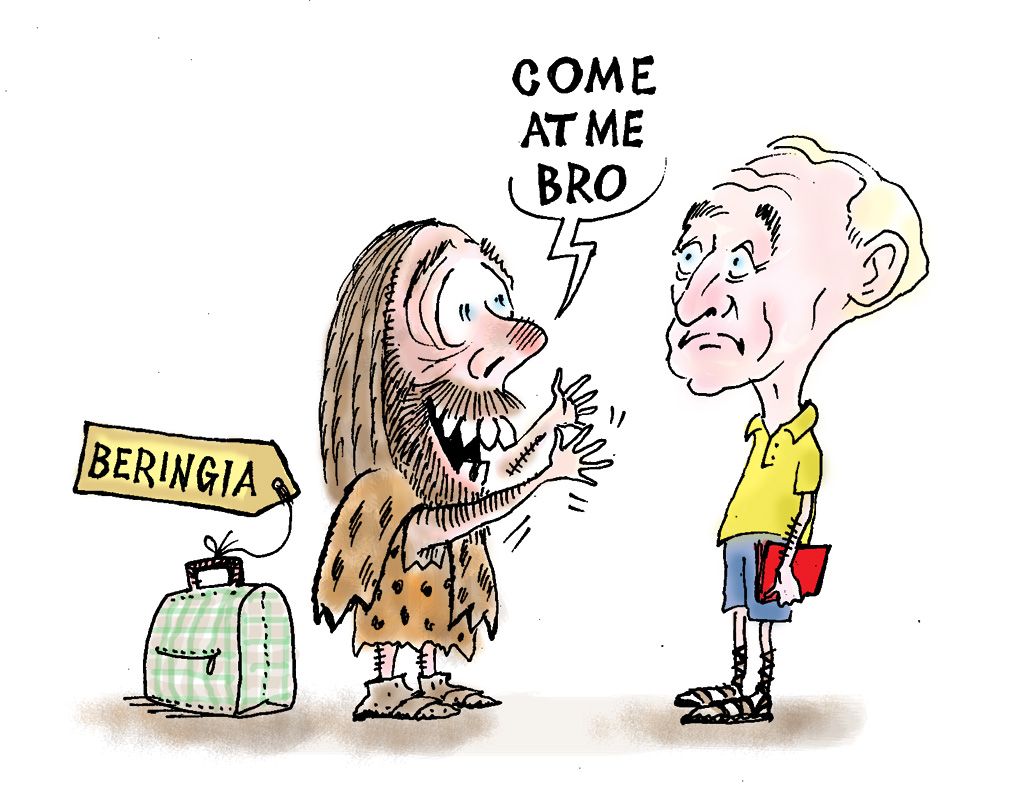 Do you want to know who you really are? There are a whole bunch of companies out there who will read your DNA and tell you what your ethnic bloodline is (or more accurately, bloodlines are), and for an extra 50 bucks, tell you if you will fall in love on the French Riviera.

The process has become remarkably precise. I’d like to do it, except that I’m afraid I might find out I’m some part minority. And once revealed, my home could be spray-painted with fascist symbols. Or worse.  And eventually, I will wind up behind a placard singing, “We Are The World.”  So, I’m not sure if this is a good idea these days. I might find that I have more Neanderthal genes than everybody else and that’s why I’m not getting invited to parties.

But then I thought about it further. And maybe being part black or brown or Asian or native American or Appalachian married to my sister, one might find some benefits, like people who think they’re white becoming my support group and teaching me the Four Noble Truths of Buddhism.

In that case, I can admit that my mother came from southern Italy in an area once populated by the Greeks, including some famous ones, such as Pythagoras. In fact, based on my research, my mother’s family was within 30 miles of the city Pythagoras lived in. So, if Pythagoras bred prolifically, I could have some of his DNA, not enough to know what a sine curve is, but enough to know that it ... curves somehow. And my father’s family is from Sicily, so I have a Mediterranean temperament but regrettably I’m not a “made guy.”

I am probably a product of the entire ancient world.  The evidence is all there: I have four pairs of sandals, often eat lying down, I like falafels, and for some inexplicable reason, I named a dog I had Othello. So, I really don’t need any DNA test.

But what if they can go back far enough to show that my ancestors were the first to rule Russia. Does that mean I could be executed like the Romanoffs. Now, I’m not saying I am – just wondering. So please don’t mention that to anyone or you’ll find me floating face down in the Volga River. I mean these people are easily threatened.

This Russian connection takes me to what prompted all this: my curiosity about what Mexican indigenous tribes would find if they decided to research who preceded them here in the pre-Columbian Americas.

Today, the emerging theory is that the tribes that eventually settled the Americas from the Arctic top to the South American toe, seeding all our so-called indigenous nations, including those here in Mexico, had originated from roaming populations out of Siberia over a region called Beringia 40,000 years ago. Do not look Beringia up on your Google map. Its land bridge is now under water. (Trip Adviser ratings are really low, although travel packages are at a discount.) Beringia once included the exposed floor of the Bering Sea between Siberia and Alaska, permitting peoples from northern Siberia to cross eastward. I can’t imagine that Siberia’s current gene pool has changed that much since then, so I suspect much American similarity. It’s not like caravans of immigrants decided it would be nice to live on a frozen tundra.

These Siberians settled first in Alaska and northwestern Canada. Thousands of years later, when they noticed their vodka remained frozen, they hit on the idea of moving south where they noticed their noses weren’t falling off from frostbite. (Yes, it took them that long to figure it out.)

Now, our continent’s commonly acknowledged forebears from southern Asia followed the Siberians much later, providing cheap labor and technological advances such as chopsticks.

So indigenous peoples here descended mostly from those early Siberian emigres from what is still a place where your vodka actually freezes. Ask any Siberian.