“El Chapo,” the alleged drug cartel chieftain, is having his day in a U.S. court right now. He’s claiming innocence, and his formal defense, according to many sources, is that he was framed by a vast conspiracy.

Conspiracy is a dastardly act. It saddened me all day when I heard that groups of people with nothing to do think up ways to libel the innocent. Humanity is capable of stooping that low. But El Chapo (Joaquín Guzmán Loera) has not named anyone or taken any vengeful action against these conspirators. His motto, as I understand it, is “When they go low, I go high.” 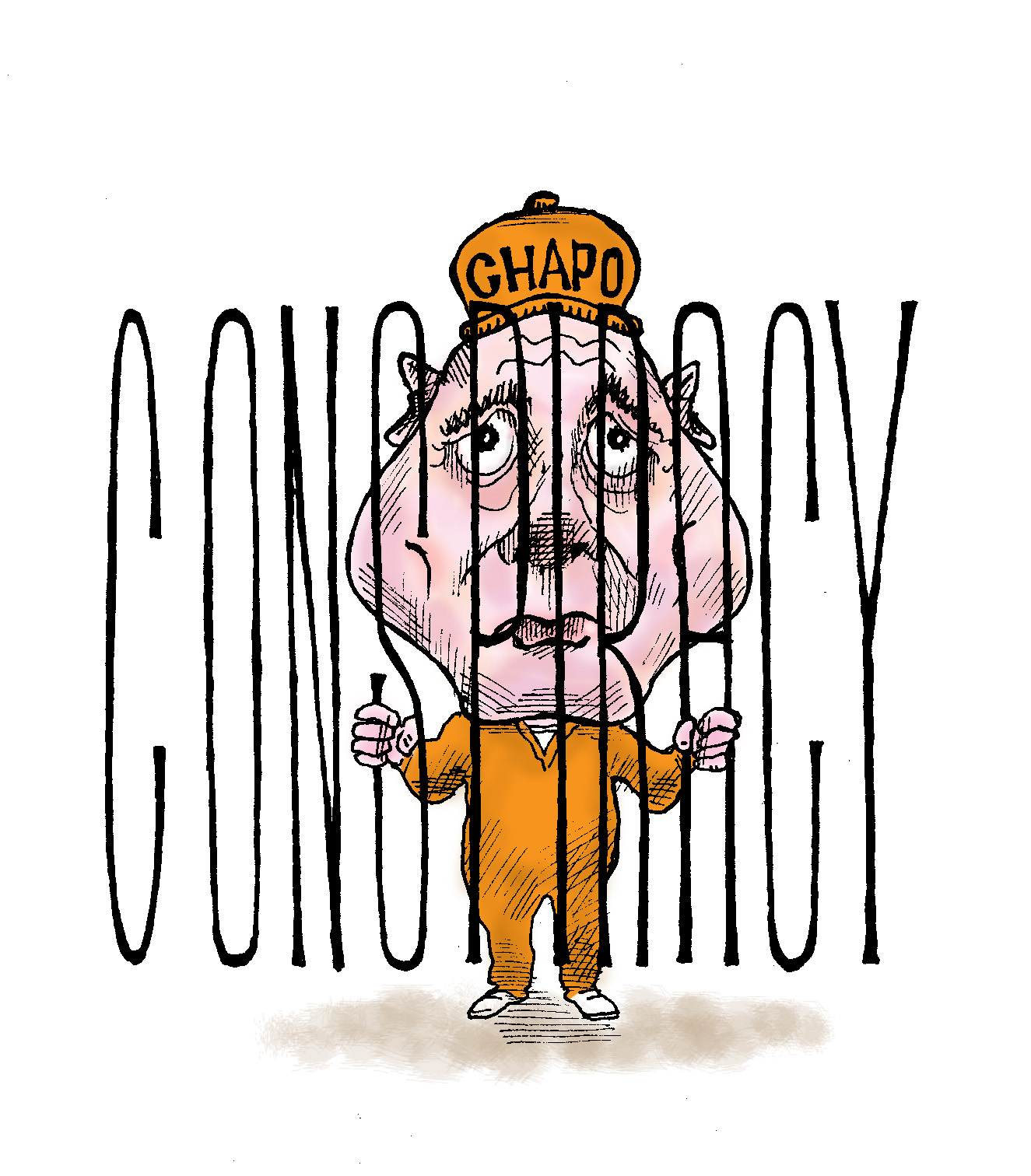 I am considering (and I hope all of you will help me) starting a GoFundMeElChapo to show that decency still exists n the world. We live in such nasty times. So if you see a GoFundMeElChapo, please donate generously.

The conspiracy of course, as vast as it is, shows how much of a lack of empathy there is in today’s world. I mean, how many innocents are in jail right now? Hundreds, maybe thousands, because they were framed by the hateful. Penal systems all over need to be reformed. I say this, because when a man of El Chapo’s stature can be framed by vast numbers of people, many who probably don’t even know him or all the wonderful things he’s done, what’s the world coming to?

Humanity has lived with these vast conspiracies for centuries. Jesus, St. John the Baptist, Julius Caesar, the entire English parliament a few centuries back, Lincoln, Robespierre, the Romanoffs, JFK, and now, alas, El Chapo. A man his compañeros dug a mile-long tunnel for, got him a motorcycle and hooked up an electrical system to his prison shower drain (or something like that), so that he could beat the odds and escape prison. Why all that trouble?  To resist the conspiracies.

I mean, there are conspiracies even in our popular literature. Here’s something you probably didn’t know. There’s a conspiracy theory that claims “Lord of the Rings” hero Bilbo Bagins was really a drug dealer. (Remember the weed-pipe? Look it up. I don’t make this stuff up.)  Yeah, El Chapo is the real life version of Bilbo Bagins.

You know, maybe we’re all being conspired against. Maybe we’re all victims of large numbers of people conspiring, say, just for fun: to unexpectedly shut off our internet or cut our water supplies or send our computer to splash pages for the new high-tech German coffee machine. And none of us have a clue. Forty, 50, 60 people get together in some secret place. Like that thing being built in the mountains above Ajijic with the long winding road leading up to it. Nobody has a clue what they do up there. They could be there right now, drinking and conspiring their brains out, just for fun. For example, it could explain unmarked topes, centavos for change, amoebas and a host of other things no one can explain.

And what about those crop circles? Theory is that the aliens are talking to us. And true to form, nobody’s listening.