According to The Guardian newspaper, 5,900 active-duty U.S. troops were deployed to the border with Mexico eight days before the midterm elections, seeking to inject fears over immigration into the campaign, and to ensure the president goes down in the history books as the man who saved America from a couple of truckloads of unarmed women and children. 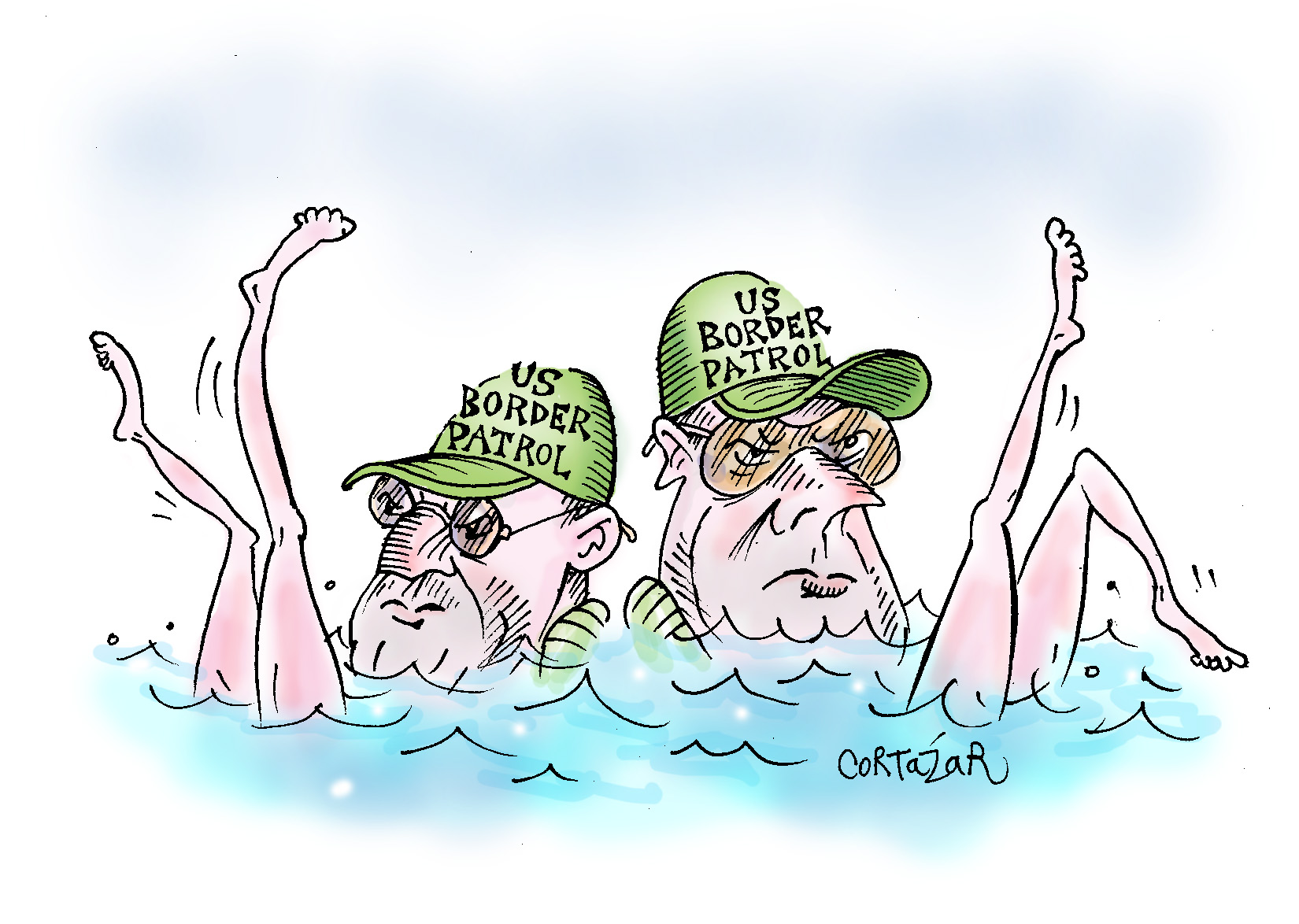 (This, while in Syria where ISIS still persists: 2,200 troops.) The war with the women and children is over and the border deployment is currently being redeployed. They may wind up in North Dakota, in the event caravans of Canadians get the crazy idea of encroaching without proper papers. Trump: Safety first.

But what this does is undermine and marginalize the capabilities and effectiveness of the U.S. Border Patrol, a vast, elite military, extensively trained to prevent terrorists, terrorist weapons, drugs and smuggling of all sorts from entering the United States by land borders and coastal waters. What’s more, the Customs and Border Protection (CBP) services are not just responsible for illegal border crossings. In conjunction with their Mexican counterparts, they are also responsible for the rescue of asylum seekers, refugees and day workers trying to cross in the face of a raft of dangers, including the intense summer heat and the odd cartel shoot-out. These rescues continued to rise throughout this past year. U.S. and Mexican Border Patrol agents rescued 896 people “in May and June alone,” said the CBP.

These are well-trained service personnel who can:

1. Live off the land, surviving any and all kinds of unpleasant conditions using tools such as an old sock and a bottle cap. (Such disciplinary training, along with living in a dugout built from palm fronds and cow patties is no picnic. I went camping once. I know humans have some Neanderthal genes. But whatever amount that is, it would never get me out camping again.)

2. Compete with Navy Seals for fitness based on the programs used by Navy Seals. Not for me. I’m usually the first one out in dodge ball.

3. Provide advanced medical care. These include cultivating the barren areas around the border and growing heart-healthy foods for migrants coming north. There are volunteers on both sides of the border trained in first aid and CPR. And, for people wishing to enter Trump’s America ... talk therapy.

5. Protect border crossers and themselves from the toxic fumes and waste at the border. Thousands of tons of waste are tossed around the banks of the rivers at the border every day. It would not be far fetched to see border agents in haz-mat suits.

Note: Online, you’ll find a list of organizations looking for donations and volunteers to help refugees and asylum seekers stuck at the Mexico-U.S. border, including families whose children have been separated from their parents.