I don’t have Alexa. Or Siri. Don’t use Facebook or Twitter accounts. So I just go around the house announcing out loud what I’m doing at random times. I have three followers, but I think two are therapists.  I have just explained to my bedroom my new secret ingredient for scrambled eggs. I think it liked it. 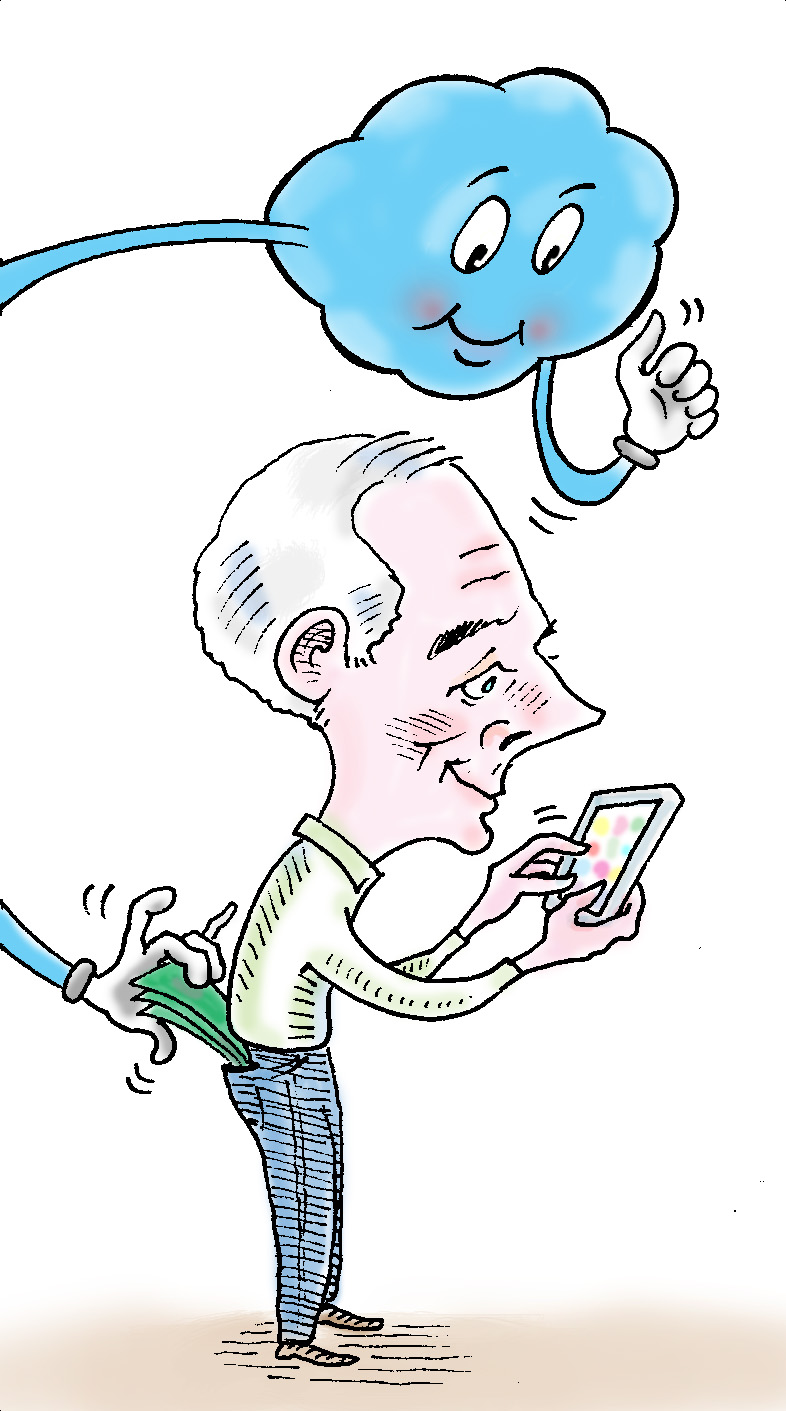 Here I am in 2019, and I’m out of sync with my devices. I have been fighting “radical tech networking” (my coined phrase) for years. So I have reached that point of introversion that may be a close cousin to solitary confinement. For the longest time, I had one PIN number for my bank card, and I held it so secret I forgot it.

No one can prove that I exist in cyberspace, except those times when I try to use my credit card online and am refused and turned over to “Virtual Chat Agents,” who cut and paste foot-long explanations that end with “Did this solve the problem?” I click NO and they tell me that my issues are “under review.” I’m still waiting.

If I have any identity in cyberspace, I’m the guy known for issues permanently “under review.” But then ... they know that I tried to book a vacation, because within minutes I am asked to download six new installations that will, for example, help me tour historic Moldova or offer me an app for virtual hang gliding around global monuments, such as the shoulders of Brazil’s giant Jesus.

Then there are the hackers. Needless to say (I’ll say it anyway), they can wreak havoc on anyone’s online endeavors. I have always wondered why people who hack other people’s computers can’t do benign hacking, and, for instance, send out congratulations for job promotions to your LinkedIn colleagues. “Well done, Eric. Congrats on your promotion to Home Infestation Examiner.” And I’m incognito.

All of this is essentially my quest for privacy. The U.N. says it’s a basic human right.

But ... the New York Times reported recently: “Our cellphones aren’t safe. Security flaws threaten our privacy and bank accounts.” What’s more, companies are selling products that allow customers to spy and hack, and include “cell-site simulators,” which trick cellphones into connecting with them without the cellphone owners’ knowledge.  (So when you think you’re talking to Harry, it might not be Harry. It could be Evgeny. And he could be trying to find out where you hide your Smirnoff.) Again, everything you tell Harry (Evgeny) will wind up in the eternal Cloud.

And the opportunities are endless. There’s an app that pins you down for every human endeavor or responsibility: banking, shopping, paying bills, translations, traveling, medication reminders, vegan recipes that make lentils and old newspaper taste like a hamburger; and, of course, the ultimate software will be here soon, one which diagnoses your illness via an app. (It’s in the works.) That means, despite four firewalls and all your virus and spyware protection, someone will distribute the fact that you have endometriosis, which you don’t, because you’re male.

That takes me to possibly the most serious issue. Not only is privacy on its way out, but radical variations on the truth of your existence could be on the way in. So the more you search for privacy, the more you risk personality mutations via cyber errors. What’s more, the internet is becoming a dystopia of fake people, fake cookies and fake websites invading and even stealing your “self,” according to the latest explorations from New York magazine. You could wind up like a Mexican business card, as a musician, plumber, contractor, dentist.  Your real identity will be a muddle.

Now, all of this begs the question ­— do people care about their privacy anymore or are we reverting back 20,000 years when people lived in communal caves and did unsightly communal things that nobody paid any attention to?

Don’t shrug, amigos. Mexico City just now legalized public sex. That’s right, do it anywhere, any time. Neanderthals would have felt quite at home these days.