A motorcyclist cut in front of me the other day. And I almost hit him. I screamed outrageously at the man. It wasn’t anything I wouldn’t say in front of the president of the United States.

But it was pointed. 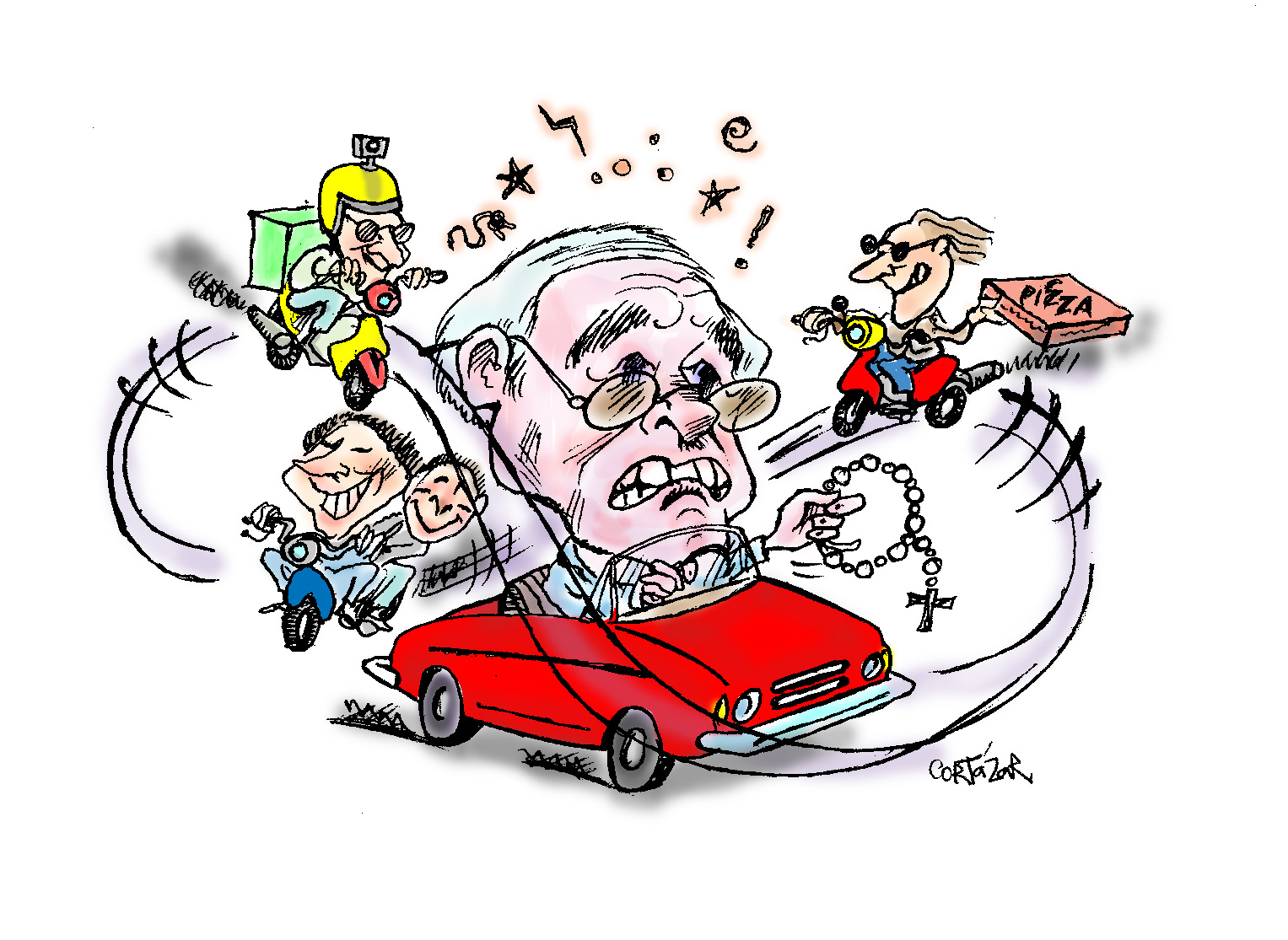 If I accidentally hit him, we both could have spent the night in a Mexican jail. Naturally the culprit dismissed my balk. As though I had suggested he remove his facial tattoo.

Several of my Mexican amigos have shared with me their observations about the increase in motorcycle accidents over the last six months, saying it seemed to be a record-breaking number for such a short period. I personally witnessed two myself during that time.  Admittedly, I wasn’t aware of who was at fault. But my experience has been that ...

Like livestock, motorcyclists believe they are exempt from traffic laws. They can appear from out of nowhere like dizzying mosquitoes, and with the same regard for traffic laws.

The other thing is you can’t see this menace coming from behind you, or in come cases from in front of you, with the determination of a wrecking ball. Road lines and signals for most cyclists are now purely decorative.

Now, this is definitely not true of all cyclists. Some abide by every rule. But nonetheless, here are a few car driver suggestions for us quivering motorists.

1. Forget the 10 a.m. and 2 p.m. steering wheel grip. Keep one hand on your horn and the other on your rosary beads

2. Leave your right-hand turn signal on all the time, in the hopes you can fool them into thinking you are turning. This will last only a few blocks before they decide you’re a senile gringo.

3. Retract your left-hand side view mirror to show a decal of the Cruz Roja phone number or the Virgin of Guadalupe.

4. Make sure you have liability insurance, and your blood pressure pills on hand in the car.  Or, your sedative of choice.

Often, motorcyclists will use the ciclopista illegally. So if you are a pedestrian meandering along this pathway, remember to leave word of your destination and arrival time with the person holding your power of attorney.

And then there are those risk-averse family men and women who have their two-year-old riding point, sometimes without a helmet or belt. People often drive children around to help them fall asleep, as I recall. In this case, the child probably won’t fall asleep, but will likely start yelling, “Yeee Haaa!” and take over the acceleration knob.

Anyway, to make up for my outburst at the superman on the motorbike I mentioned above, and to improve cycle driver safety in general, I might send a letter to Tesla and ask them to start working on a driverless motorcycle.