Based on the worldwide currency of truly bad behavior, in politics, business and daily life, it seems impossible these days to identify sins, as in offenses against the Almighty.

It has become more difficult to know what sinning is than to figure out how to make a phone call in Mexico. 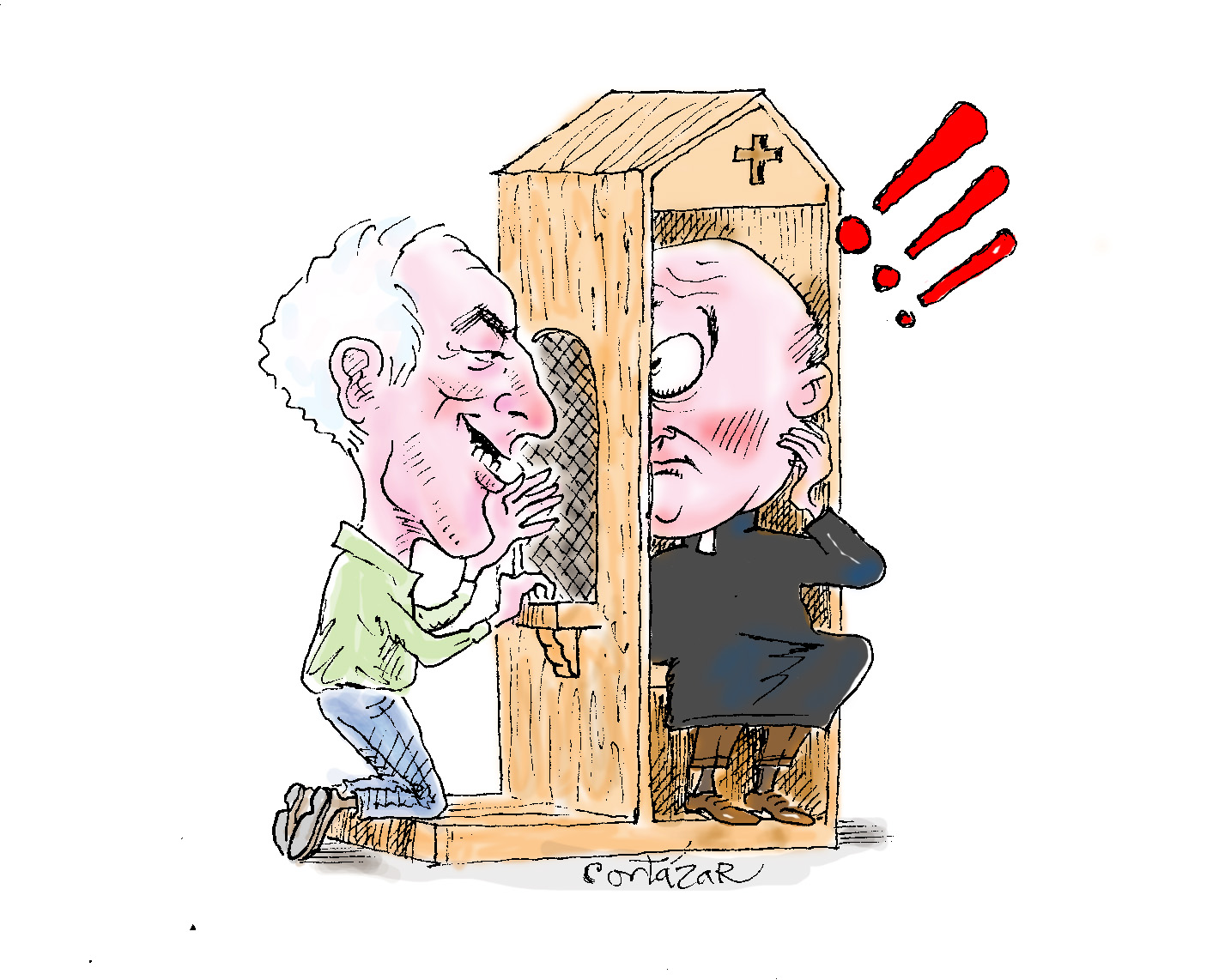 Sin seems to have changed over time.  For example, cheating and lying once shackled you in a pillory. Today, they seem okay, even celebrated, and could lead you right to the top in any endeavor. Working your way around the law, as long as you can confuse everybody, can get you a lucrative book deal.

Tolerance of others was almost always with us. I mean, we slept with Neanderthals. That’s inclusiveness! (You never see a picture of these people. You wouldn’t want to be caught in economy class flight next to one, let alone, jump in the hay with them.) Today, ethnic tolerance is pretty much gone. As are role models to enlighten us.

Christian religions and I suspect others (those that feature special headgear) all felt terrible about sinning for hundreds of years, even though we had no way of controlling our sinning because we liked it and we had other things to worry about: plagues, crusades, trying to read books in Old English, etcetera. But we managed. We self-flagellated and felt a lot better.

Recently, it was declared by the Catholic church that the seven deadly sins are no longer deadly.  Don’t know how they arrived at that. Maybe focus groups in Las Vegas. Pride, envy, gluttony, greed, lust, wrath and sloth – and sometimes calling out the name of an old girlfriend in your sleep – used to be deadly sins. Christian values and virtues have obviously undergone a sea change with respect to rights and wrongs. So today nobody cares about sinning anymore because they don’t know what it is. Examples: Today, keeping people poor at the whims of the rich is a political idea that is supposed to be good for everybody, including the poor.  It encourages them to step up their ambitions.

Telling the truth is now a questionable virtue, because there is no truth anymore (only perceptions), only what can be proved in court.

“Love thy neighbor as thyself.” Forget it. Ethnic intolerance has become a rule, even though 23andMe proves ethnicity is a bowl of minestrone soup, and we’re all descended from different bloodlines.

Dishonesty, intolerance, grifting, real estate developing and just about all the things that used to send us to confession seem a free-wheeling go-for-it today. The only wrong doing still on the divine books, in its various degrees of severity, is that men need to keep their zippers up and control their libido. But even that today seems to be somewhat excusable, based on the tremors of opportunity, the rewards of personal power, toxic masculinity and misplaced female trust. Today’s sexual amorality seems to be a throwback to the primordial, when men and women behaved in accordance with their natural hormonal instincts. Homo erectus didn’t “keep company.”

So what are the sins that will get God thumping his gavel?

In our global, highly-networked world, there is some new bad behavior, according to the only Christian expert I’m familiar with – the Vatican’s Apostolic Penitentiary Council. It claimed that “elements of globalization and its carelessness concerning the environment is a deadly sin.” (Read, burning down the Amazon forests.) I didn’t know carrying my groceries in plastic bags could send us all hurtling into hell. So I now carry all my groceries in my arms when I forget my cloth bag. (And I try not to look like I just looted Walmart.)

Many of the Vatican’s other new sins concern the excesses of industry, including genetic experimentation (doesn’t include breast implants), research on humans (we’re running out of mice), and accumulating excessive wealth on the shoulders of the less fortunate (read, tax cuts for the rich and lavish executive bonuses).

Despite all these shifting values, we really don’t know anymore whether we’re sinning or not.  But here’s the important thing. While sin has been more fun than whatever the opposite of sin is, it appears, according to new scientific studies using brain scans, our brain signals indicate that old-fashioned kindliness and selflessness actually makes us feel really good.