In my closets are stacks of copybooks filled with stories I’ve penned for the Guadalajara Reporter going back 30 years, all of them written with a pencil and many while swinging in a hammock out in the woods, inspired by squirrels and woodpeckers. 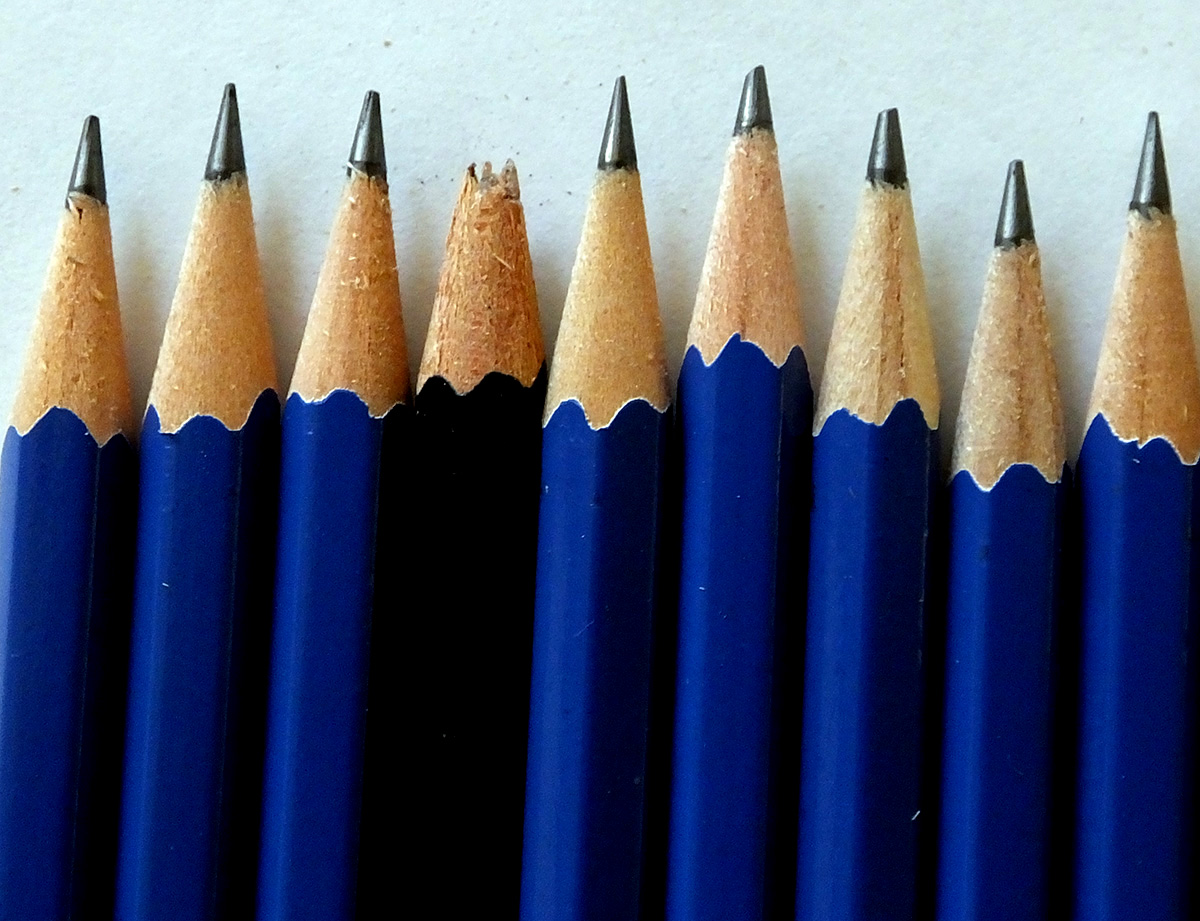 I started out using mechanical pencils but ended up retrograding to what I thought of as the good old wooden pencil. This is because, in my opinion, mechanical pencils have grown progressively worse over the decades. The kind I used as a schoolboy had lead as thick as spaghetti (well, not quite!) and were designed to withstand the atomic bomb. Today’s mechanical pencils look a lot cooler and come with comfy rubber grips, but every time I try to write with one, the lead either snaps off or vanishes back into the pencil.

I finally threw in the towel. “I’m going back to the basics,” I told my wife and bought several dozen wooden pencils and an electric sharpener.

That’s how I stumbled upon The Great Mexican Pencil Mystery.

I had somehow assumed that the wooden pencil was simple and foolproof: it has no moving parts, no motor, no battery. What could possibly go wrong?

Well, I would push my Mexican wooden pencil into my fancy gringo electric sharpener, pull it out, admire its nice point and then try to use it. 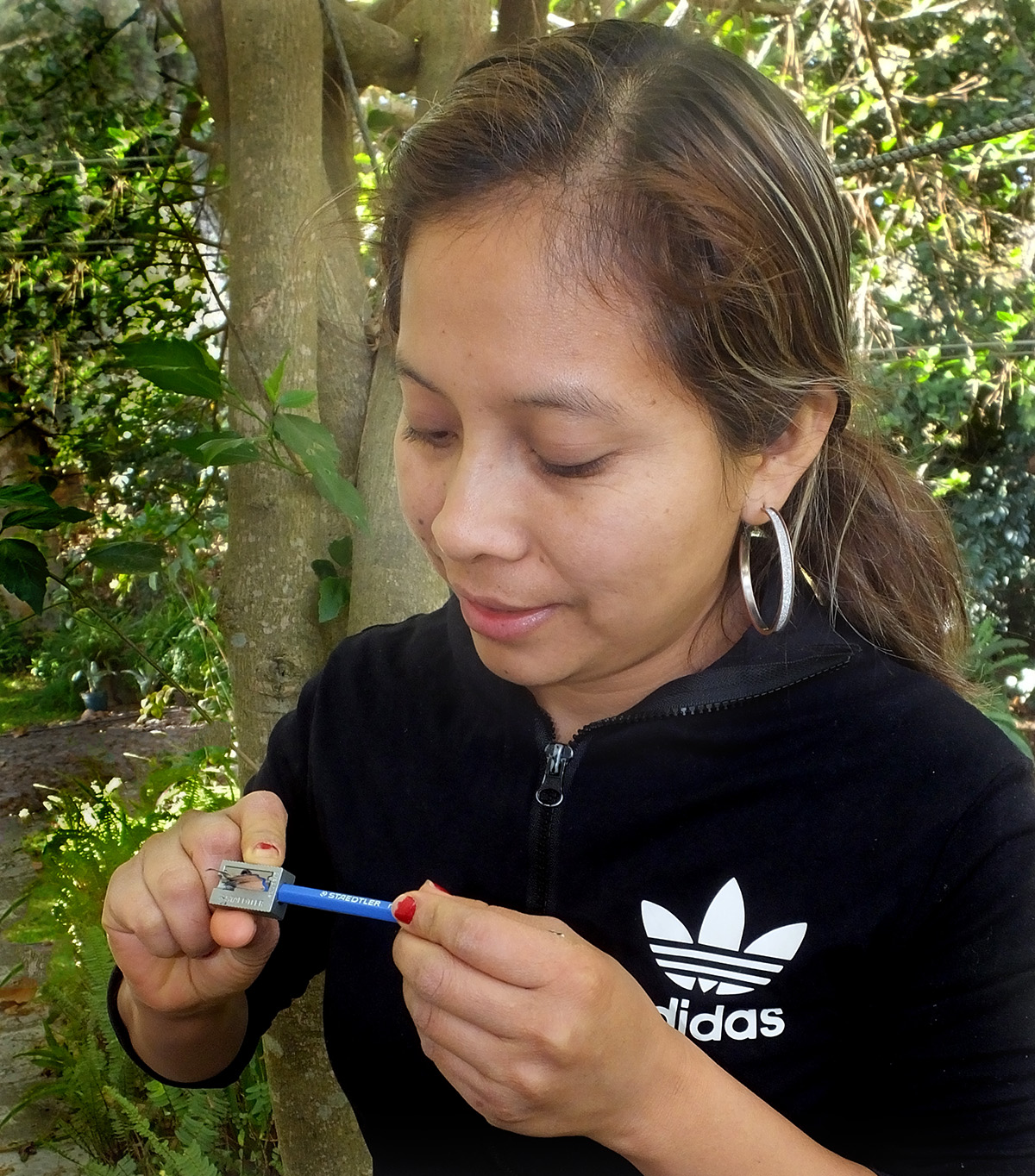 Diantres! Mexican pencils, it seems, are designed only to be looked at – never to be used. Simply breathe upon that newly sharpened Mexican pencil and the lead will fall out of it, right before your eyes!

“Well, I’ll just sharpen it again,” I thought. So I pushed that pencil back into the sharpener, removed it and ... the lead fell out again! Then I would sharpen it even more and still the lead would fall out until, finally, I was left with a little stub which wouldn’t even work as a toothpick.

So I tried all the brands of pencils I could find in the papelería and yes, I did get wishy-washy service from some of them, but – over the years – oh, how much time I spent in front of that pencil sharpener!

Then, a few months ago, the miracle happened. My wife came home from shopping and handed me a new pack of pencils ... because, of course, “pencils” were on her shopping list almost every day.

“What’s this? A new brand: Staedtler? Hmmm, that sounds German – let me stick it into the sharpener ...”

“Mein Gott!” I shouted, a minute later. “The lead didn’t fall out! This pencil works! Wunderbar!”

From this point on, the story gets better and better. We discovered that Staedtler also makes a pencil sharpener: a dinky little metal thing one inch long – with no electric cord, no moving parts and no battery, I might add.

“What do you think would happen, dear frau, if I put a Staedtler pencil into a Staedtler sharpener?”

Well, the answer is: Mozart!  I mean: perfection, harmony ... gestalt and gesundheit!

As I have been accused of sometimes exaggerating a bit in my articles, let me mention that a Mexican mother happened to see me writing with a Staedtler pencil and actually asked me how I got such a nice sharp point on it. “I have to sharpen pencils for my little daughter all the time,” said Zalli Cruz, who hails from Chiapas, “and they never look like this … in fact, the lead keeps falling out. My daughter’s pencils don’t even last two days.”

I gave Zalli a Staedtler sharpener and pencils and both she and her little girl are delighted.

Want to do something good for the future of literature in Mexico? Give Staedtler pencils and sharpeners to every kid you see. Who knows which of them may turn into an Octavio Paz or Sor Juana Inés de la Cruz as a result!

Note that Staedtler makes both expensive and cheap pencils. Believe it or not, the marvel of efficiency I have been describing here is their ultra cheap “lápiz norica.” You can get eight of them for 45.50 pesos at OfficeMax. Danke schön, Staedtler!