The Primavera Forest’s Río Caliente is one of Jalisco’s most popular natural phenomena. 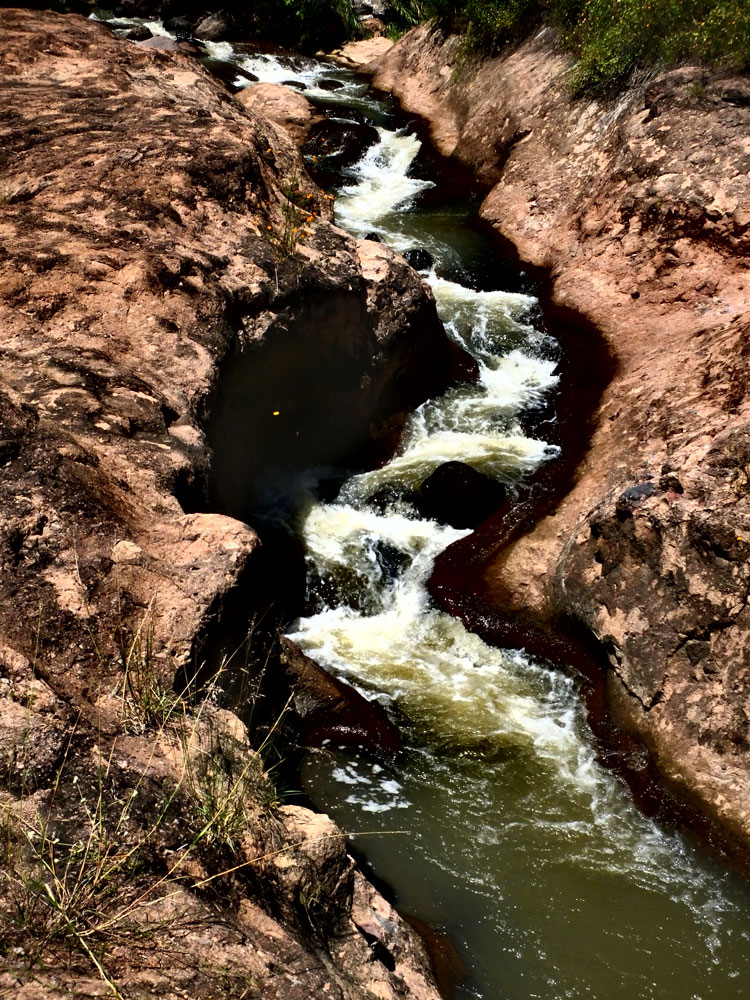 It’s about 16 kilometers long from its point of origin, where it literally boils out of a canyon wall, to Los Chorros de Tala, where it will have lost most of its heat, but not its beauty.

Between those two points can be found numerous rapids which give it a marvelous jacuzzi effect and even a few deep spots where you can almost swim. For a long time, I believed Río Caliente was the only hot stream in the state which truly deserved to be called a “river.”

Then I ran into Roy Sanchez, an electronics engineer who enjoys exploring the wilds of western Mexico, far off the beaten track. “I know a hot river in Los Altos (The Jalisco Highlands) that can certainly give Río Caliente a run for the money. You need to check it out.”

So off we went to find the hot river, aiming our GPS literally at one waypoint after another which Roy had supplied us. After what seemed like endless hours—and one bumpy, rocky dirt road worse than another—we arrived at ... a balneario! That is, a rather ordinary swimming pool filled with screaming kids and surrounded with the usual battery of giant loudspeakers blasting the usual sort of music preferred by waterparks. I imagined the pool was filled with hot water, but I wasn’t really interested in finding out.

A man wearing a sombrero stepped up to us: “Thirty pesos per person, por favor.”