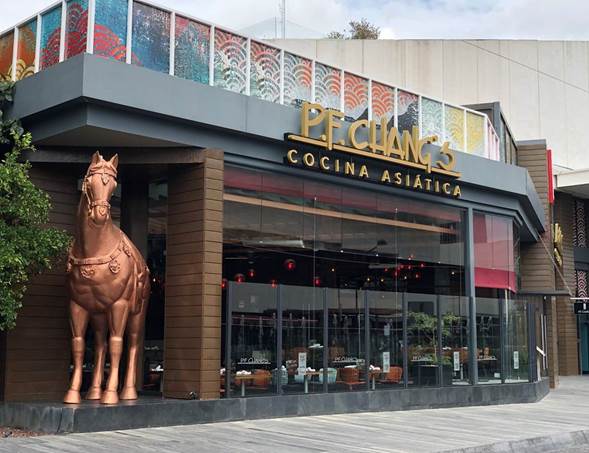 The Asian fusion restaurant was started by Philip Chiang and Paul Fleming in 1993 and has grown to 305 eateries worldwide.

In Mexico and the rest of Latin America and Spain, P.F. Chang’s is operated by Alesa, which includes various other restaurant chains in its portfolio, including Domino’s Pizza, Starbucks, Burger King, Chili’s, Italianni’s, The Cheesecake Factory, Vips, El Portón, Archies, Foster’s Hollywood, TGI Fridays and Wagamama.

Guest of honor at this week’s relaunch was artist Rogelio Guadalupe, whose new murals can be seen in the remodeled interior of the restaurant.

The name “P. F. Chang’s” is derived from those of Paul Fleming (P.F.) and Philip Chiang, whose surname was simplified to Chang.