Hector España Ramos, the Chapala government’s liaison with local expatriates, describes his key role as a promoter for greater interaction, friendly relations and cooperation between Mexican and foreign inhabitants. 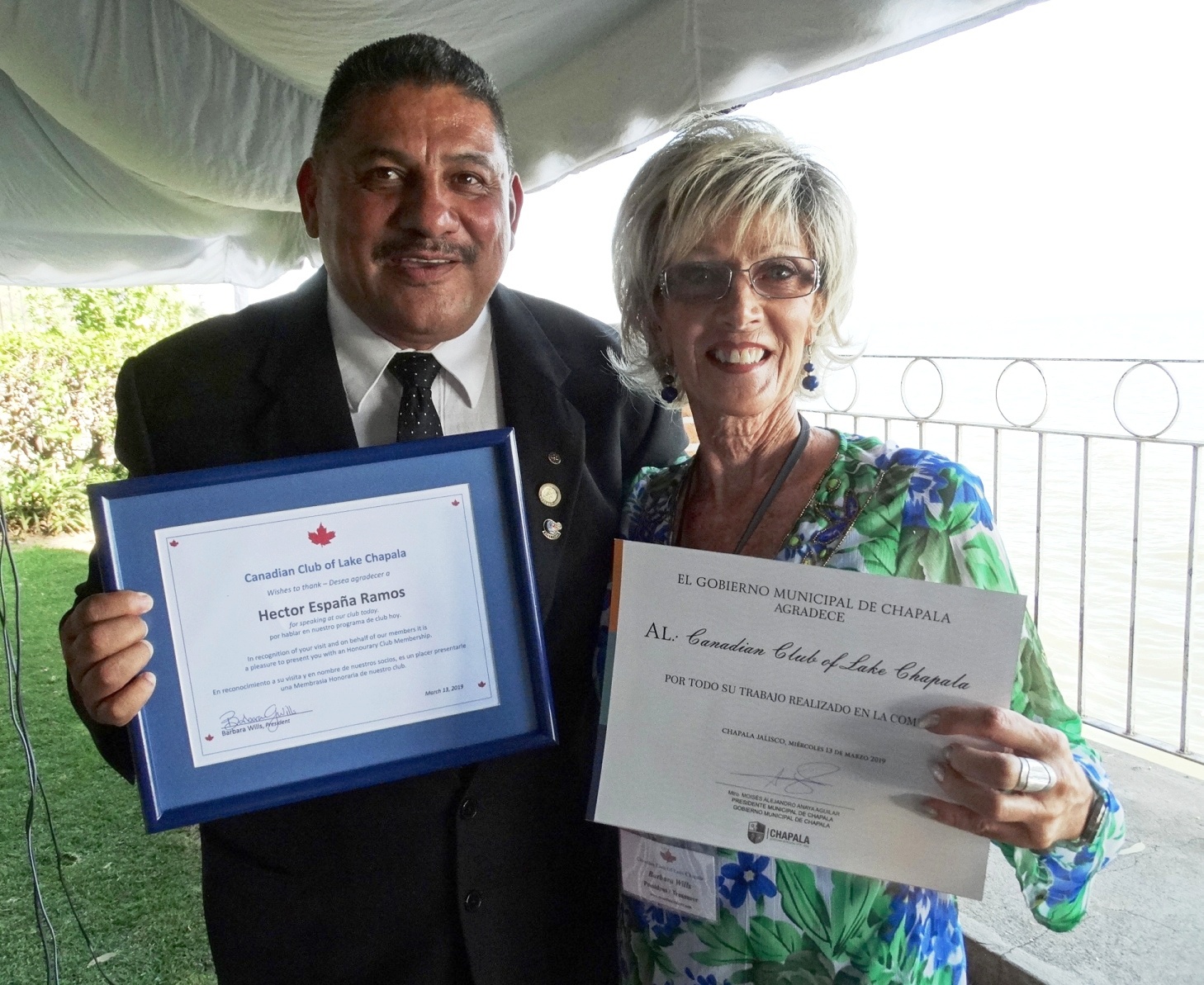 He put out that vision as guest speaker at the March 13 meeting of the Canadian Club of Lake Chapala, which attracted a full house in the lakefront garden of La Nueva Posada.

España opened his talk with a biographical sketch that covered his family background, personal involvement in community organizations and activities such as Sunrise Rotary, Masons Lodge, the Lake Chapala Society and annual Chili Cookoff.  He also talked about his work as a partner in Ajijic’s Manix Restaurant founded by his late brother Manuel, and his 2013 to 2015 stint as Ajijic’s town administrator (delegado).

Before outlining his job description as expat liaison, España noted that Chapala is the only place in Mexico where a municipal government has created this specific post. His work entails outreach to local service and social organizations and coordination with government officials to assist foreigners facing diverse issues. Tasks range from planning community events to helping out in crisis situations.

During the question-and-answer segment, several people in the audience brought up concerns related to crime, public security and justice. España essentially dodged the topic, explaining that those matters are the purview of the Chapala mayor, police department chief and state authorities.

Others aired concerns running the gamut from deficient garbage pick-up and dog poop in the streets to increasing pressures on local services and infrastructure attributed to urban growth and the burgeoning expat populace.

España did speak about his involvement in the recent rescue of a young homeless man believed to be a citizen of Russia or the Ukraine who had been sleeping and begging on local streets, and the location of an elderly expat afflicted with dementia who went missing for several hours last week. He closed by announcing plans to throw a community barbecue to bring together residents of all nationalities.

The Canadian Club will close its 2018-2019 program on Wednesday, April 3 with an end-of-season fiesta for paid members that will include free beer, wine and soft drinks and a spread of gourmet hors d’ouevres. Guests are asked to RSVP by March 25.