After a rocky start, two lakeside natives with ample restaurant backgrounds in the United States are finally on a roll with Scallion Bistro Ajijic at Plaza Bugambilias. 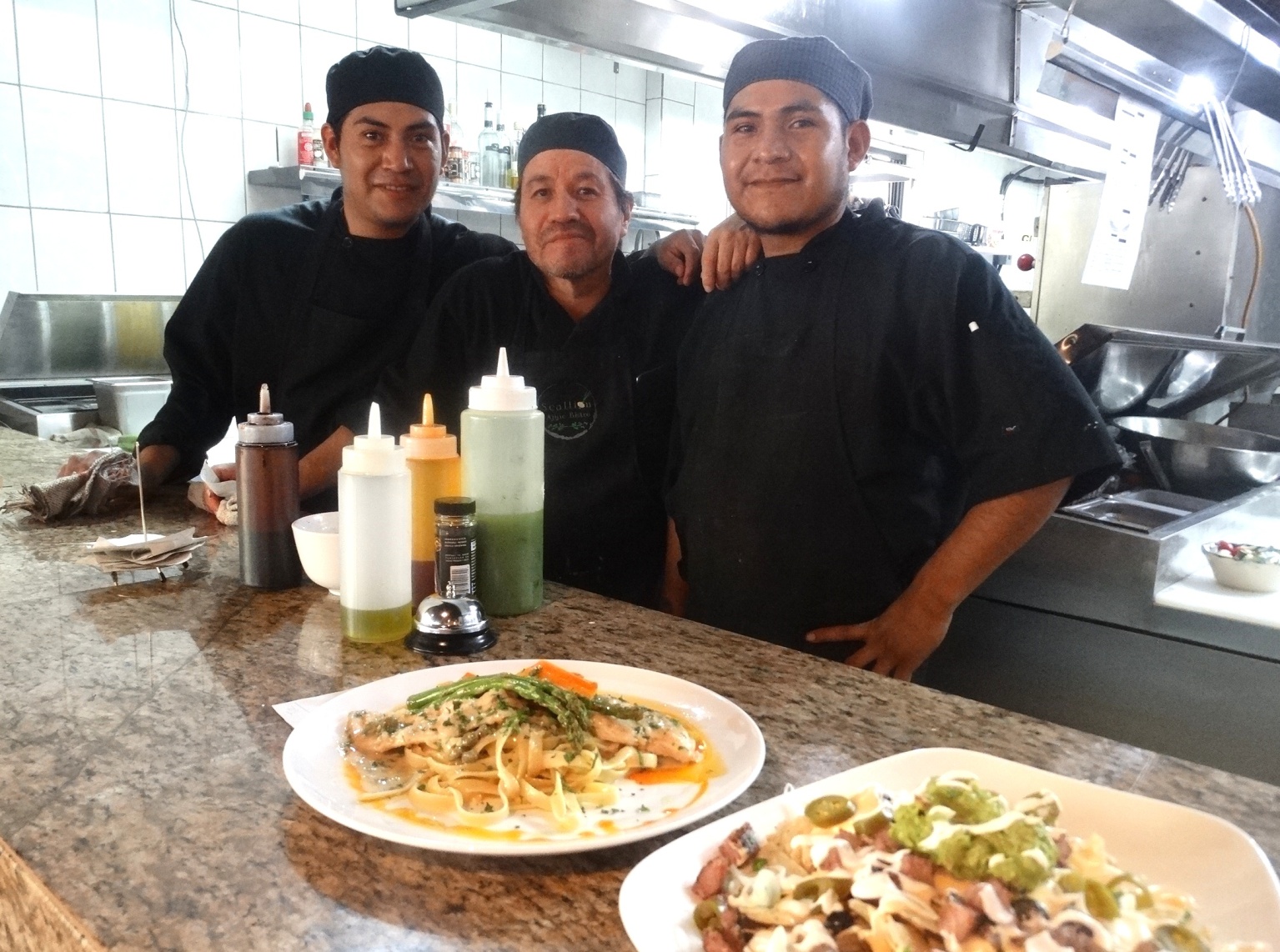 Head chef Sergio González and partner Erick Sánchez were raised in Ajijic before taking up residence north of the border where they independently learned the ropes as restaurateurs.  Eventually teaming up in Telluride, Colorado, they decided to return to their hometown just over a year ago to lease the premises of the defunct Salvador’s Restaurant for a new dining concept.

Little did they know the stumbling blocks that lay ahead, from dealing with unreliable contractors for remodeling the place, to locating dependable suppliers and hiring competent personnel for the kitchen and front of house.

González and Sánchez acknowledge that the original naming of the restaurant as Spago was a misstep. The Italian word meaning string, used in reference to spaghetti and other forms of pasta, has been adopted as title to many restaurants around the globe, including the signature business of Wolfgang Puck who formally registered the trademark in Mexico. To avoid a legal conflict, they briefly shut down business, reopening Saturday, May 4 under the new moniker.