A benefit dinner show to help the Orquesta Típica de Chapala replace the instruments lost in a recent break-in at the group’s practice hall will be held Sunday, September 1, at Galeria-Café La 133 in San Antonio Tlayacapan. 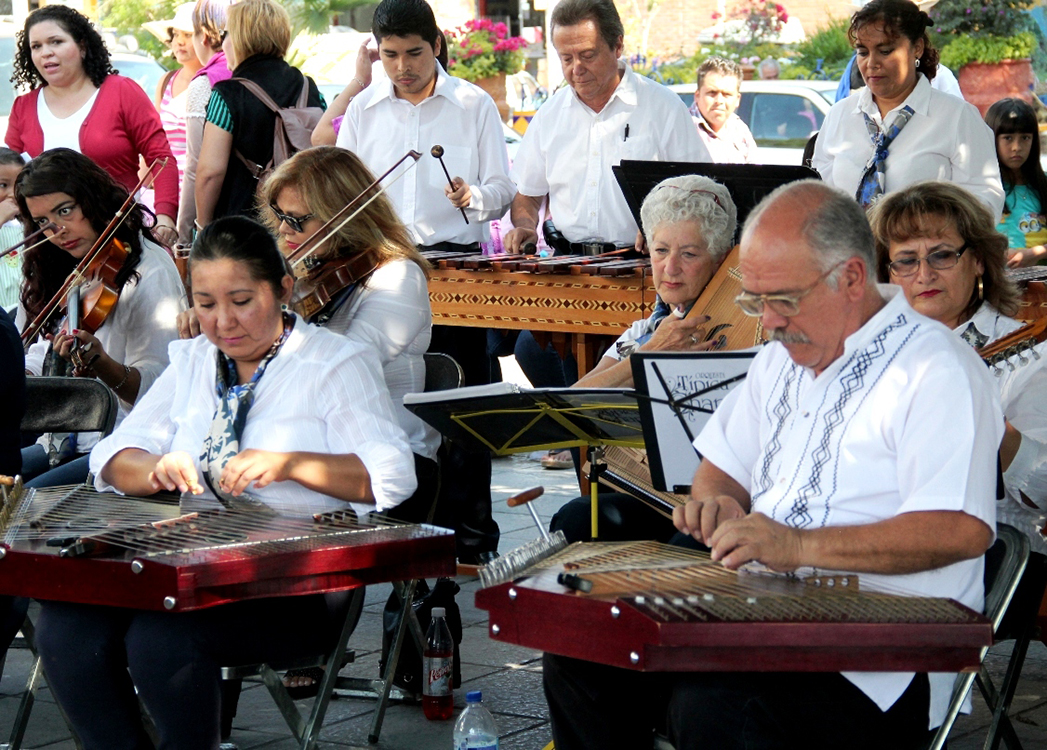 The theft of two violins, two psalteries, an autoharp, a small charango guitar and a pair of conga drums was discovered at the Chapala address where the orchestra rehearses on July 31. Images of the break-in were captured on a nearby video surveillance camera, but the perpetrators have not been caught and none of the instruments has been recovered to date.

Some of the musicians will be on hand to provide live entertainment at the fund-raiser. Service of a Mexican buffet spread, including a selection of vegan dishes, is set for 5 to 8 p.m.  Admission at 300 pesos per person covers the meal, excluding beverages and tips, and a contribution to the orchestra.

Due to space limitations, reservations are recommended. To RSVP call 333-178-3672 or pick up tickets at La 133, located at Independencia 133, opposite the San Antonio plaza.