The Sunday brunch crowd seated at St. Remy du Lac last Sunday got an extra treat added to the gourmet menu, when a group of local musicians arrived for a flashmob-style performance. 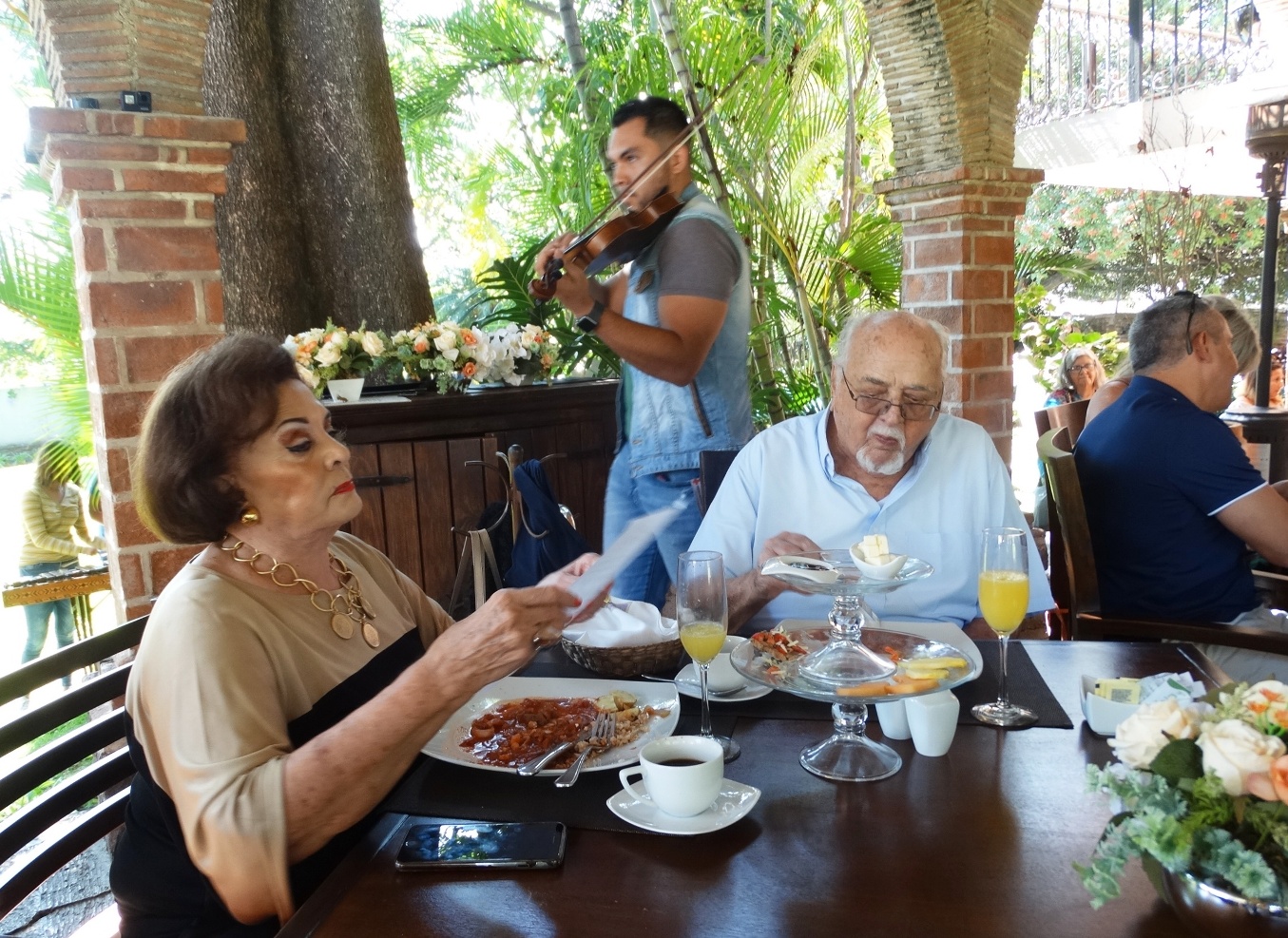 Right about noon, with the restaurant’s tables filled to the max, members of the Orquesta Típica de Chapala suddenly appeared one by one, wandering through the terrace dining areas for a 10-minute serenade, as the tinkling of marimba players drifted in from the garden.

The lightning music show was the brainchild of St. Remy manager Silvia Limón Rosas, who is launching an advertising campaign to promote lakeside’s wide range of gastronomic and cultural perks. The special event was captured on video to be used as one of Limón’s publicity tools.

Sunday brunch at St. Remy consistently draws a full house of lakeside residents and Tapatio weekenders, who relish fine dining in a tranquil and inviting atmosphere. The restaurant is set on the lush grounds of a country estate, tucked away in west Ajijic at Calle San Antonio10-B, just a block away from the lake.

The main attraction, however, is the enticing menu developed by executive chef Franck Delage, a Frenchman devoted to the classic cuisine of his home country, who is proud to have put a Mexican spin on some of the delectable dishes prepared in the St. Remy kitchen. For example, fusion recipes currently served at brunch feature duck meat as a deluxe ingredient in standard offerings of tacos, tortas ahogadas and chilaquiles.

Delage settled in Guadalajara in 1993 when he was employed as a private chef for the dynasty that runs the city’s El Informador newspaper. Since then he has become a passionate fan of Mexico’s diverse cuisine, officially declared as a patrimony of the nation ten years ago.

“No other country has such unique cooking techniques,” he said, noting that he loves taking advantage of the huge variety of chiles and seasonal native products found in the marketplace.  But he is equally pleased to have found a supplier for excellent, reasonably priced French wines such as the Saint-Estephe 2014 Bordeaux and Arrogant Frog Pinot Noir.

While maintaining his role at St. Remy, Delage has expanded horizons with the recent opening of D’Franck Cocina de Autor, located in Guadalajara’s Midtown Mall, López Mateos at Colomos in upscale Colonia Providencia.