A growing number of expatriate residents are mystified and miffed at being subjected to a sudden shift in the way they were accustomed to doing banking business here. Many are feeling hassled because certain south-of-the-border financial establishments that are now refusing to handle U.S. dollar checks.

In a door-to-door survey of 10 lakeside banks and financial institutions – aimed at sorting out some of the confusion – the Reporter learned that most still seem to follow expat-friendly procedures. 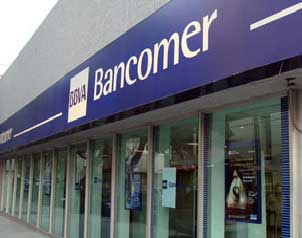 Management at Banamex, BBVA Bancomer,  CIBanco, O’Rourke Investment Funds (O&A) and Multiva all report that they are currently receiving U.S. dollar checks for deposit in the accounts of their clients and have not been advised of any imminent policy changes.

The amount of time it takes for checks to clear and be credited to an account range from one to three weeks, depending upon individual company practices and some special criteria for preferred customers.

Banamex manager Edgar Barrón said he may authorize immediate credit for check deposits going into accounts that have at least a one-year history and a sufficient balance.

Lilia Gonzalez at BBVA Bancomer’s Chapala branch said there are no signs that the bank anticipates changing the way it deals with checks in foreign currencies. In addition, she noted that branches in Chapala and Ajijic have been have been allowed to slightly bend some standing company rules to facilitate business for lakeside’s large expat population.

“There is no law here in Mexico that prohibits us from receiving U.S. dollar checks,” said Cesar Rubio, manager at the Ajijic branch of (O&A). “Mexico’s Securities and Exchange Commission would notify us six to nine months in advance of any huge changes.”

As evidence that some Mexican financial outfits may have modified internal policies to comply with the U.S. government’s Foreign Account Tax Compliance Act (FATCA), he handed over a copy of a letter issued by Grupo Financiero Monex advising its customers that the company will stop purchasing remittances in U.S. dollars after July 28.

The missive states that the new guideline stems from a problem with U.S. banks that have “no system to monitor the origin and destination of funds in American checks that are traded outside the country.”  The text also points to the modern trend away from paper towards electronic transactions.

At this point, the only outfits that acknowledge having ceased to handle dollar checks are HSBC, effective as of late 2012, and Actinver, suspended as of July 1 with expectations for reinstatement by the end of the month.

Customer service personnel at Santander clammed up on fielding questions from the press after initially hinting that the bank may still admit dollar checks from commercial clients, but not resident foreigners.

Dario Ochoa, manager at Intercam Ajijic, indicated that he was originally instructed to stop cashing dollar checks as of July 31, but subsequently got an extended deadline until August 31. “At this point I don’t know whether we will be allowed to accept checks for deposit in client accounts after that date,” he observed candidly.  Underlining a troubling side issue, he said that a number of U.S. banks have started to close the accounts of customers who reside abroad.

CiBanco at Centro Laguna and Chapala’s Casa de Cambio San Miguel on Avenida Hidalgo will exchange dollar checks for cash in pesos for walk-in clients who register with proper identification such as a valid passports, immigration documents or Mexican voter IDs and proof of local domicile.

All local banks and investment houses are receiving wire transfers from U.S. banks that normally clear within 24 to 72 hours. Service charges in varied amounts may be applied at one or both ends.

FATCA was presumably designed as a measure to crack down on money laundering and tax evaders who hide assets in off-shore accounts. But the law is causing global scale headaches for banks and their clientele alike.

The following extract from a post at http://americansabroad.org/issues/fatca offers fuller details:

“The Foreign Account Tax Compliance Act, better known as FATCA, was passed in 2010 as part of the HIRE act. Starting July 1, 2014 foreign financial institutions (FFI) will be required by the U.S. government, under FATCA, to report information regarding accounts of all U.S. citizens (living in the United States and abroad), U.S. “persons,” green card holders and individuals holding certain U.S. investments to the IRS (Internal Revenue Service). This law requires foreign financial institutions such as local banks, stock brokers, hedge funds, insurance companies, trusts, etc., to report directly to the IRS all their clients who are “US persons.” FFIs that do not become compliant will be subject to a 30 percent withholding on their U.S. investments when they are cashed in, which will directly impact FFI clients with U.S. holdings.

FATCA also requires U.S. citizens who have foreign financial assets in excess of $50,000 dollars (higher for bona fide residents overseas: $200,000 dollars for single filers and $400,000 dollars for joint filers – see the IRS website for more details) to report those assets every year on a new Form 8938 to be filed with the 1040 tax return. Instructions for form 8938 were published in December 2011 and can be found on the IRS website.

Many Americans residing overseas are reporting banking lock-out. Many foreign financial institutions have simply chosen to eliminate their U.S. citizen and U.S. person client base in order to minimize their exposure to FATCA reporting requirements, withholding fees and potential penalties.”