According to the good monks of yore, the decorated clay jar represents Satan who also wears an attractive mask to attract and mislead humans.  Here are some of the other symbols hidden in the tradition of the piñata: 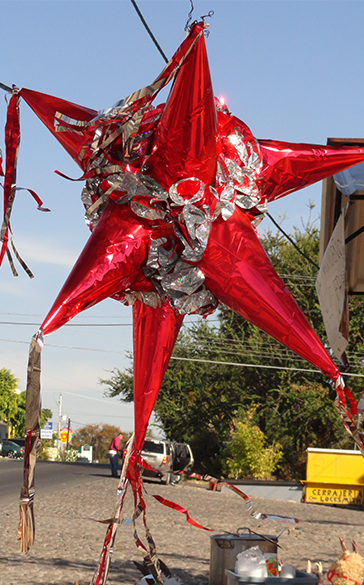 -The candy in the piñata’s inner clay pot stands for the pleasures Satan offers man to attract him to the underworld.

-The blindfolded person attempting to break the piñata represents faith, which must be blind, and is guided only by the voices of others to destroy evil.

-The stick used to break the piñata is a symbol of Christian goodness.

-The breaking of the piñata symbolizes the triumph of good over evil.

-The shower of candy and fruit is indicative of the unknown joys and rewards which the good and faithful will receive in Heaven.