The Cuale River is one of the Vallarta-area’s principal attractions, a green snake winding its way through the western Sierra Madre mountains before it empties into the sea right in the middle of Puerto Vallarta proper.

Last May, cooperative society Canopy River and ejido El Jorullo completed a project designed for maximum appreciation of the river and the terrain it traverses: a vehicular hanging bridge the organization says is the longest in the world. 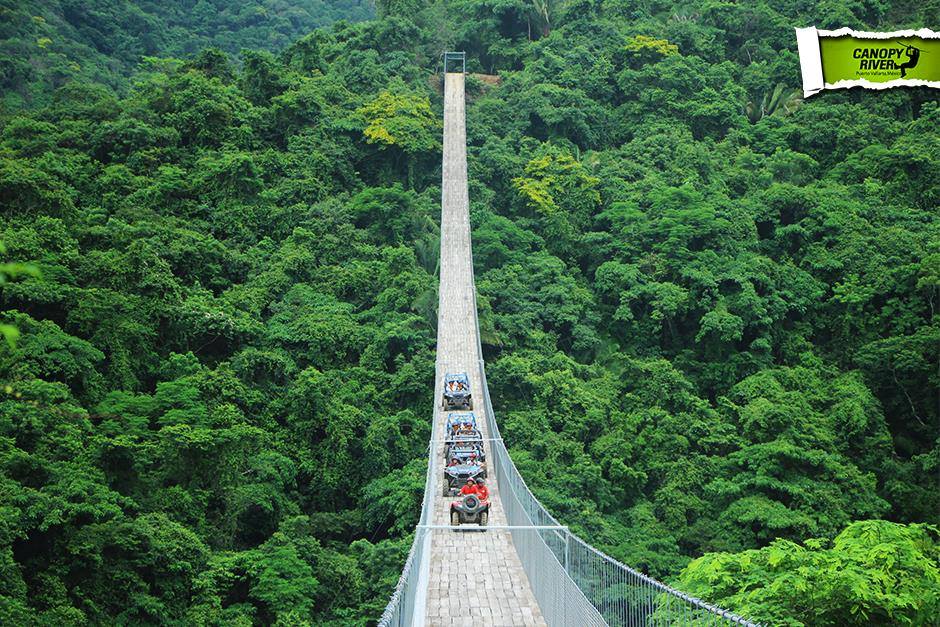 The Jorullo bridge, whose construction was undertaken in November 2015, is 470 meters long and 150 meters high. Located five kilometers from Puerto Vallarta, it is meant to be crossed either on foot or using an ATV.

According to Canopy River officials, great care was taken not to compromise the ecological integrity of the surroundings – for its intrinsic value, but also, it is assumed, because ecotourism in the area remains quite popular.

And quite profitable, since the jungle and river, together with its newest attraction, is part of a multi-stage tour run by Canopy River.  The tour includes hiking and swimming, as well as drinking and eating in the Canopy River’s own restaurant.  However, if organized tours – and ATV rides – aren’t your thing, visitors are welcomed to enjoy the area of their on accord and cross the bridge on foot.

For more information on the Canopy River tour, go to canopyriver.com.