On February 22 and 23, two emergency meetings were held in the Ejido hall to discuss the water shortage that has begun to affect all of La Manzanilla’s citizens.

Due to a shortage of room in the hall, it was necessary to have a meeting for expats one day and local citizens the next, but the message was the same for both.  La Manzanilla is headed for trouble unless both short- and long-term solutions are immediately put into effect. 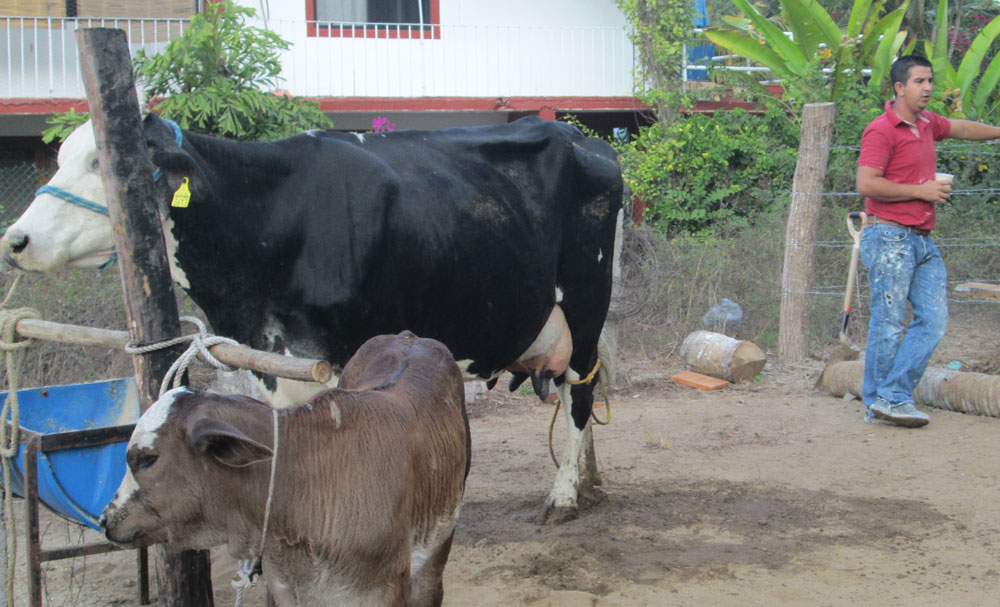 Two consecutive years of much lower than average rainfall, outdated pumps, town growth, and 60 percent unpaid water bills – not to mention the new upcoming Tamarindo resort which is already using water from our aquifer with no payment to La Manzanilla – is draining us dry.

Morgan, who has been in charge of bill collecting, and maintenance of the town’s water system, explained that the two 15-year-old pumps in town must now pump water up from 50 metres in the earth instead of 30. They must run longer and harder than ever before.  This also means more electricity is needed, and at times there is not enough cash flow to pay the electric bill, let alone try to purchase even one new pump.

It had been decided to increase this year’s bills by 100 percent, a one- time increase, to generate enough cash to purchase the much needed pump and keep it running. Any additional donations would also be greatly appreciated.  Although this was met with some grumbling about “not being fair” having to cover the costs of the 60 percent of non-payers, the monies needed were raised,. But this is only a band-aid fix to the problem.

Suggestions were made to hire a bill collector, or post the non-payers’ names to “shame them into paying.” This is not a solution – it would only divide our community.  Many people have been forced to buy water from the large trucks which are filled from our aquifer but pay no revenue to the town. Another suggestion was to have these entrepreneurs pay for the product that they are selling. Although Tamarindo does not pay for the use of the water, perhaps a “transportation levy” could be enforced by the town. As for long-term solutions, the president of the ejido and a newly formed committee will meet with the municipality of La Huerta for funding to drill a new well.  It is likely that in the future La Huerta will likely need to take over the management of water in the town, and will look at installing meters to ensure that all will pay an equitable share for their water usage.  In the meantime, residents are being asked to conserve as much as possible. So hey, take a shower with a friend.

On the Lighter Side 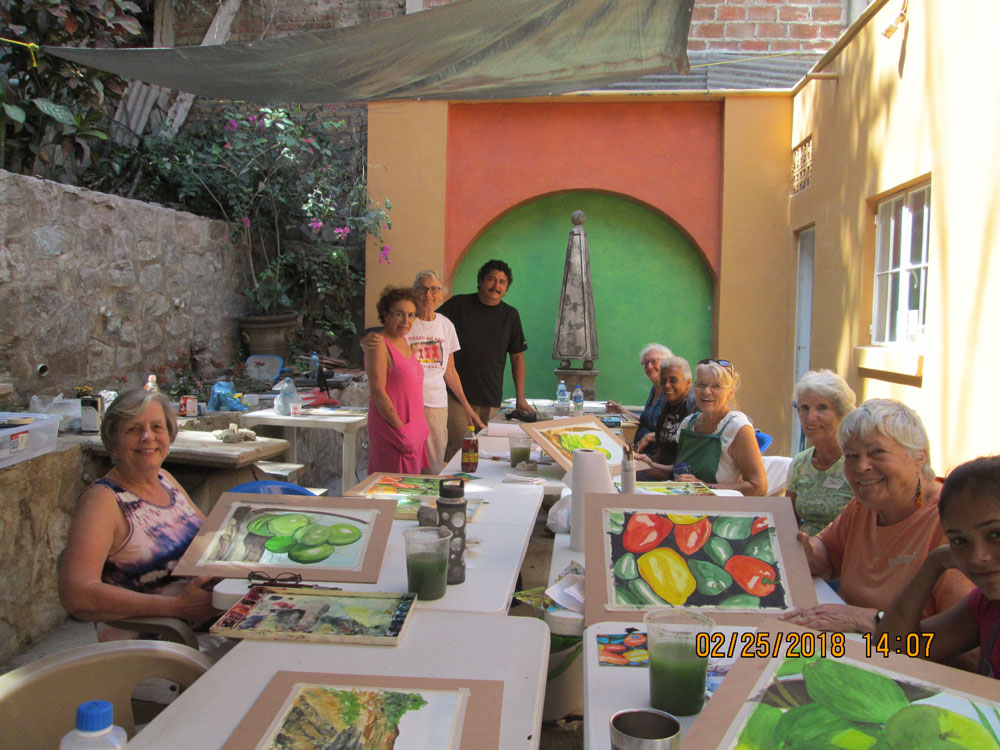 A new and very unique new bar opened recently on the main street here in town that we laughingly call the Cow Bar.  Between the hours of 7:30 a.m. and 9 a.m., and for the paltry price of 15 pesos, one can experience the blend of absolutely fresh, straight from the source milk, chocolate and cane alcohol.  Go early as there is always a line up, and supply is limited to two cows a day.

Never one to be without a paint brush in his hand, Efren was spotted at various locations in town, painting life in a small Mexican village.  In addition to his own painting, he taught two painting workshops at the Galeria of Fine Art, the first in watercolour techniques, the second in oils.  Both classes were solidly booked in advance.

On Sunday afternoon, he held an interactive conversation with guests at the Galeria. He described his journey from a young boy selling raffle tickets for two pesos for his drawings to help support his family, to the success he has been blessed with up to this point in his life.  Many of his anecdotes had the audience laughing, and he never hesitated to answer any questions. The chat was followed up by a live painting demonstration, in which he completed a painting in just under an hour, dazzling all those who watched.  An auction was held between 5 and 6 p.m. Several of the attendees carried home an “original Efren.”

Visit the new exhibition by members of the Lake Chapala Painting Guild, installed at the lovely B&B, Chantli Mare in Bocca de Iguanas, just a few kilometers from La Manzanilla.  The show will remain in place until the end of March.  For reservations or questions, phone 333-105-8863.

Last Friday night we “seinagers” danced the night away to the season finale of the 4th Quarter Band at Palapa Joe’s.  Oh what a night!  Thank you Willy Mason, Scottie Turner, Denise Brown, Lyle Brulhart and Cuba for the tunes and laughs you provided for us all season long.  Scottie Turner will play one more dinner set this coming Wednesday evening.