Mexico vs. the world

Soccer fans … Can you “bend it like Beckham”? This is your big chance guys (or gals) to come and play or cheer on your favorite team. The futbol match “Mexico vs. The World,” takes place on Sunday, March 11. Kick off is at 5 p.m. at the Unidad Deportiva soccer field at Avenida cinco de mayo and 16 de septiembre in Bucerias. 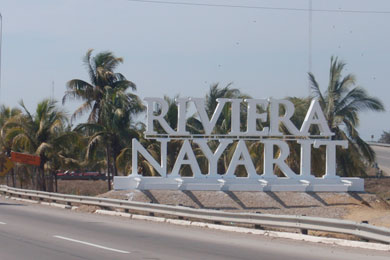 The teams will be The Mighty Mexicans vs. Global Gringos. All players must be over the age of 40 – 11 per side.

Contact Gringo Team Captain Dana Doncaster at 322-109-3411 or email This email address is being protected from spambots. You need JavaScript enabled to view it. for more info or to sign up. Subs are also needed.

If you don’t play soccer, you can watch all the action. There will be other entertainment, a cash bar, food vendors and a second-hand bazaar.

The program also encourages homeowners and shopkeepers to make improvements to their  properties and aims to increase community awareness of the littering problem.

The non-profit organization AMA Mexico (Association for Mexican Environmental Unity) and the Nuevo Vallarta Sea Turtle Preserve host their second 2012 fundraising event, Arts For The Turtles,  at the Bahia del Sol Resort (Paseo Cocoteros at Retorno Cozumel in Nuevo Vallarta) on Thursday, March 15 from 11 a.m. to 3 p.m. Admission is free.

Local painters, sculptors, jewelers, bakers and others have donated their works for sale, as have several restaurants.  There will be a silent auction and a special lunch prepared by the on-site Seahorse Restaurant.

The Nuevo Vallarta Sea Turtle Preserve is the largest in the state of Nayarit. Sunset hatchling “liberations” are held at the camp, which is located in front of the Bahia del Sol Resort. Visitors are welcome.

Good wind currents, a challenging swell, and lots of stunts will be keys to a successful kite surfing competition, held as part of the Regatta Copa Mexico Olympic, Edition 2012.

Kite surfing harnesses the power of the wind to propel a rider across the water in a combination of wakeboarding, windsurfing, surfing, paragliding and gymnastics to create one extreme sport.

The event is expected to draw 50 competitors, including professionals and amateurs from many countries, as well as world champions Sean Farley Gomez (2009), Adam Koch (2010) and Johnny Heineken (2011).

Competition begins on Saturday, March 10 and will run through March 17.  On Sunday and Monday, March 18 and 19, the stunts begin with a freestyle event that will include 60 additional competitors.

Although the regattas take place in the open water, stunts in the freestyle category will be visible most times from the coastline on the beaches of Bucerias.

On Wednesday, March 21, Philo’s will host a benefit for the La Cruz Senior Center. The cost is 200 pesos for a night of entertainment and an all-you-can-eat rib dinner.   Get your tickets in advance from your Amigos or at Philo’s, 329-295-5068 or This email address is being protected from spambots. You need JavaScript enabled to view it.. Music and dinner start at 7 p.m.

If you haven’t traveled lately to or from the north shore on Highway 200, the main road connecting Puerto Vallarta from this area, you are in for a big surprise.

Six million pesos has been plowed into an extensive highway beautification project  and the work is 85 percent complete, according to municipal government officials who carried out an inspection of the construction earlier this week.

The project covers 19 kilometers of highway in the Bahia de Banderas municipality from La Cruz de Huanacaxtle, to the southern border of Nayarit at the Ameca River.  It ends in Jalisco at the Puerto Vallarta airport.

Both Jalisco and Nayarit are working in cooperation  to make a good first impression for the influx of Mexican tourism service vendors, international buyers and the simply curious, since the show is open to the public.

Much of the funding for the work has come from state and federal sources, but the labor has been shared by workers supplied by local hotels and contractors, as well as 40 municipal workers.

The project started in December with the “rehabilitation” of the in-ground irrigation system and the streetlights, both of which were installed about four years ago, but had fallen into disrepair.

The work is now moving at a quicker pace, with only a few weeks left until the tourism show starts on March 25.