The first Vallarta-Nayarit Classic Rock Festival, combining some of the best rock music from the 60’s, 70’s and 80’s, took place this past weekend in the Hard Rock Hotel Vallarta’s Sunset Garden.

While the audience numbers, approximately 1,500 over the festival’s three-day run, were disappointing, the crowd was enthusiastic and organizers are hopeful that the event can become an annual occurrence.

The festival brought together some 30 rock stars and bands, including Billy Burnette of Fleetwood Mac, “Skunk” Baxter of The Doobie Brothers, Steely Dan, Cheap Trick and Jefferson Starship and other big-name artists. A big attraction was the appearance of the “House Band,” a group formed by musicians from the likes of Dire Straits, the Steve Miller Band, Little Feat, Boston, John Mellencamp and Tears for Fears.

This was the first event organized by the committee for joint tourism promotions of the adjacent states of Vallarta and Nayarit. 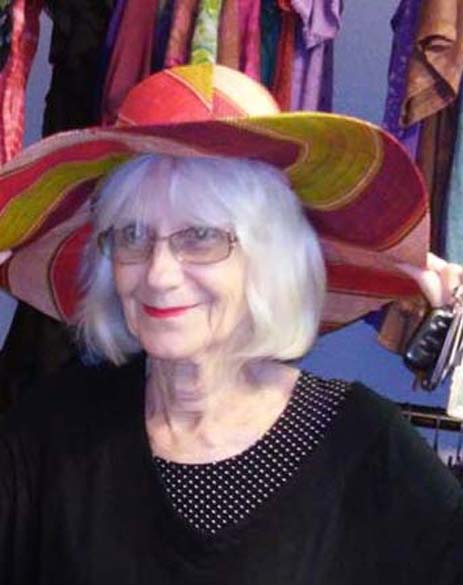 Judi Conrad, the owner and founder of the Bucerias Bilingual Community Center (BBCC), passed away Sunday, November 16,  after a valiant battle with cancer. The funeral was held in New Mexico.

The BBCC was founded as a non-profit organization to promote Spanish/English education and interaction. Various classes for children and adults were held, as well as summer school day camps.

Unfortunately, her noble vision did not attract enough money to stay afloat, and it closed down a couple of months ago.

In her last emails from New Mexico, Conrad thanked all the  volunteers who allowed the center to operate for as long as it did, and assured them that their efforts made a big difference in the lives of local children and adults.

The community’s thoughts are with her husband, Kal, and their family.

A memorial event for Conrad in English and Spanish will be held at the BBCC on January 15, with the time to be announced later. More details will follow.  It is hoped many people will come to celebrate the life and times of Conrad and the wonderful gift she gave to the community.

The Waterside Art Show on the Marina Nuevo Vallarta malecon will showcase local artists throughout the high season for the fourth consecutive year.

The lineup of mostly regional artists displaying a wide range of media will take place each Saturday from 9 a.m. to noon.

Artist Federico León de la Vega, owner of the Estudio Cafe Art Gallery, part of the group which organizes the show, says as many as 15 artists have participated in this event in the past.

“This space is totally free and the invitation is open to all artists,” he says.  “Proceeds from sales go directly to the artists, while the area’s businesses benefit from the attraction they generate.”

In an ancillary event, the official unveiling of a sailboat sculpture and sundial on the malecon that was designed by León de la Vega will take place on Sunday, December 21, noon.

Says León de la Vega: “Together with other sculptures that are being installed in the area, it will help generate tourism in the same way the Little Mermaid statue in Copenhagen draws over 3.5 million visitors a year.”

Jazz entertainment will be provided by local musician Néstor Pulido. 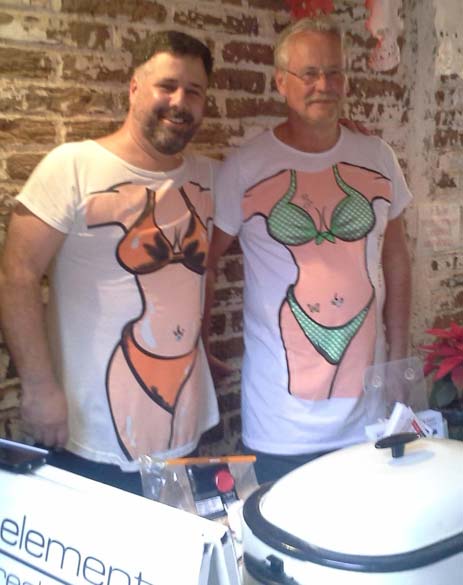 For the third year in a row, the Marina Riviera Nayarit in La Cruz is hosting the Sailors’ Splash, a rally that coincides with the 21st anniversary of the Baja Ha-Ha.

While vessels are in port, the area sponsors different nautical activities, such as the Banderas Bay Blast regatta, a fun competition that takes place over the course of three days in the waters around de La Cruz, Punta de Mita and Nuevo Vallarta.

Participants started arriving in the north shore on December 12.

This year, the marina is expecting about 140 vessels from the United States, Canada and northern Mexico.

“This rally translates into increased occupancy for the marinas along the Mexican Pacific from November through May,” says Rafael Alcántara, harbor master for the marina.

Alcántara describes this rally as “the most stable in the last ten years and one that has consistently grown year after year.”

Every Christmas, Santa Claus visits Philo’s Restaurant in La Cruz and gives out gifts to more than 550 local children. If you would like to participate, drop off any donations to the Children’s Christmas fund at Philo’s.

“Stocking stuffers” work the best, organizers suggest.  For the mothers, donate small soaps, perfumes and other “girly” things, they ask.

This year, wrapping of the presents will take place on Monday, December 22, starting noon.  Everyone is invited to help and enjoy the fun.

Over the years, the line of children waiting to see Santa and receive a toy and a bag of candy has grown to 1,200.

After serving as Mr. and Mrs. Santa for 20 years, Arlene and Ron Tackett – the original organizers of the program – have retired but have promised to help their replacements this year.

The new coordinators of the program, Jennie and Jan Roden, are asking volunteers to arrive a little earlier this year to help them distribute the gifts.

Gift distribution takes place from 3 p.m. at the small church on the plaza up the arroyo in Bucerias’ Colonia Francisco Javier Ovando. 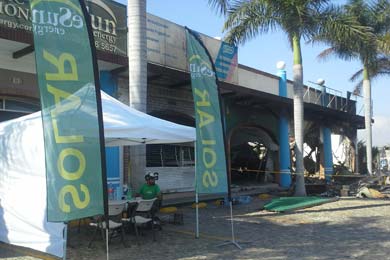 A fire in the early hours of Thursday, December 11  totally destroyed several businesses and left others with heat and smoke damage in the El Faro Plaza, located just south of Bucerias. One of the businesses affected was long-time Guadalajara Reporter advertiser eSun Energy.  Shortly after the fire was extinguished, eSun arranged to move its north shore office to an adjacent lease space in the plaza, setting up tents in the parking lot to lessen any disruption in their business activity, while their new space was being readied.