The stray animal population has been growing in Bucerias since the last public clinic held several years ago.

The project was funded from various sources, including a donation of US$2,000 from an Oakland, California family foundation with ties to Bucerias and the northshore area.

During the clinic, 158 cats and dogs were brought in by their owners, as well as by people who had rescued strays roaming their neighborhoods.

Due to time and space limitations, a few “clients” had to be turned away each day.

They enlisted the skills of PEACE animals, an organization with years of experience putting on such clinics and providing animal health services, and Pets For Life, which supplied a team of five veterinarians and vet techs to perform the surgeries.

More than two dozen volunteers assisted the team by monitoring the animals’ vital signs and recovery following surgery, as well as carrying out clean-up duties.

Because of its success, a second free clinic may be planned for later this year. 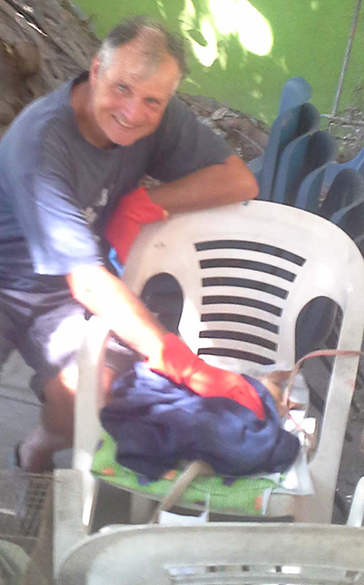 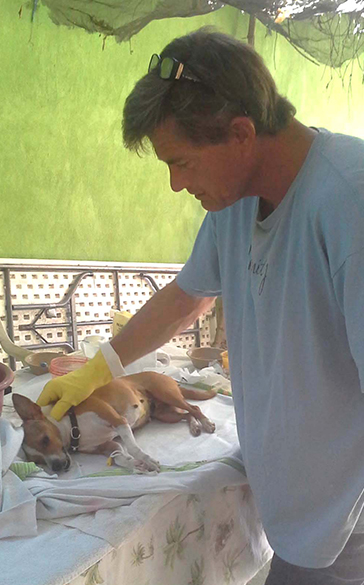 The next fundraiser to build an assisted living center for Mexican seniors in Bucerias will take place at Delicias Mexicanas Restaurant, Abasolo and Fco. I. Madero, on Monday, February 8, 6 p.m.

You won’t want to miss out on this one, says Marilyn Moxin, president of Tercer Edad A.C.  “Chef Abraham is cooking up something special for us. There will also be live music.”

Contact Marilyn and Jim Moxin at 298-6441 or This email address is being protected from spambots. You need JavaScript enabled to view it. for tickets, costing 250 pesos.

Tickets must be paid in advance. Organizers should be made aware of any food allergies or restrictions at the moment of ticket purchase. 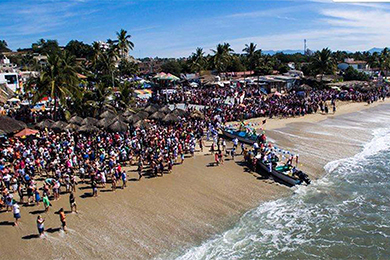 A new Chedraui supermarket in Bucerias is joining the ever growing list of consumer services available in the northshore area.

The store is under construction near the intersection of Av. Las Palmas and Highway 200. The property adjoins the small commercial zone comprising OXXO, Bancomer and Farmacia Guadalajara.

Another Chedraui, the only one in the Puerto Vallarta/northshore area, is in Valle Dorado, across Highway 200 from Nuevo Vallarta, about four miles south of Bucerias.

According to onsite architect Luis Ruvalcaba, the new store will open at the end of the summer, possibly in August.

Construction crews have been doing site preparation work every day of the week since earth-moving equipment first showed up at the long-vacant space in mid-January.

Ruvalcaba said the proximity of the two Chedraui stores Is not a concern, as the store in Valle Dorado will likely be reconfigured to appeal more to the Mexican customer, while the Bucerias location will be oriented toward the foreigner/tourist shopper.

The marketing department of the Riviera Nayarit Convention and Visitors Bureau and the members of the local Hotel Association have launched a series of winter promotions through March 15.

Twenty-eight participating hotels will offer discounts from 20 to 55 percent, as well as extras such as complimentary tours, unlimited golf, two-kids-stay-free, interest-free payments, suites with private plunge pools and more.

“With these types of promotions we’re trying to make luxury accessible to more people,” said Marc Murphy, managing director for the Riviera Nayarit Convention and Visitors Bureau.  “We’re also a destination that has a great variety of hotels for every budget.”

Check out all promotions and make reservations at http://rez.rivieranayarit.com/Riviera-Nayarit/hotels.

For the 350-peso ticket price, party-goers will enjoy Philo’s world-famous all-you-can-eat ribs while being entertained by mariachis, dancers, ropers, music and mojo.

Tickets are on sale at Philo’s, the La Cruz Sunday market and from Amigos de La Cruz officers.

The “big wedding” is scheduled for Sunday, February 7, but the location has not yet been disclosed. Peña promises a beautiful and romantic site for this happy event.

In past years, hundreds of couples of all ages, with children and even grandchildren present, have legalized their relationships.

The ceremony has included live music, gifts for the couples and food and drinks, all provided by DIF to the newlyweds and their guests.

To make the process as easy as possible, the usual fees will be waived.