Paul Washer and Glynis Ellens met in a small theater in Ottawa, Canada. The year was 2005 and the play was “Funny Money.” Washer played the lead role and Ellens worked backstage handling props and costumes. 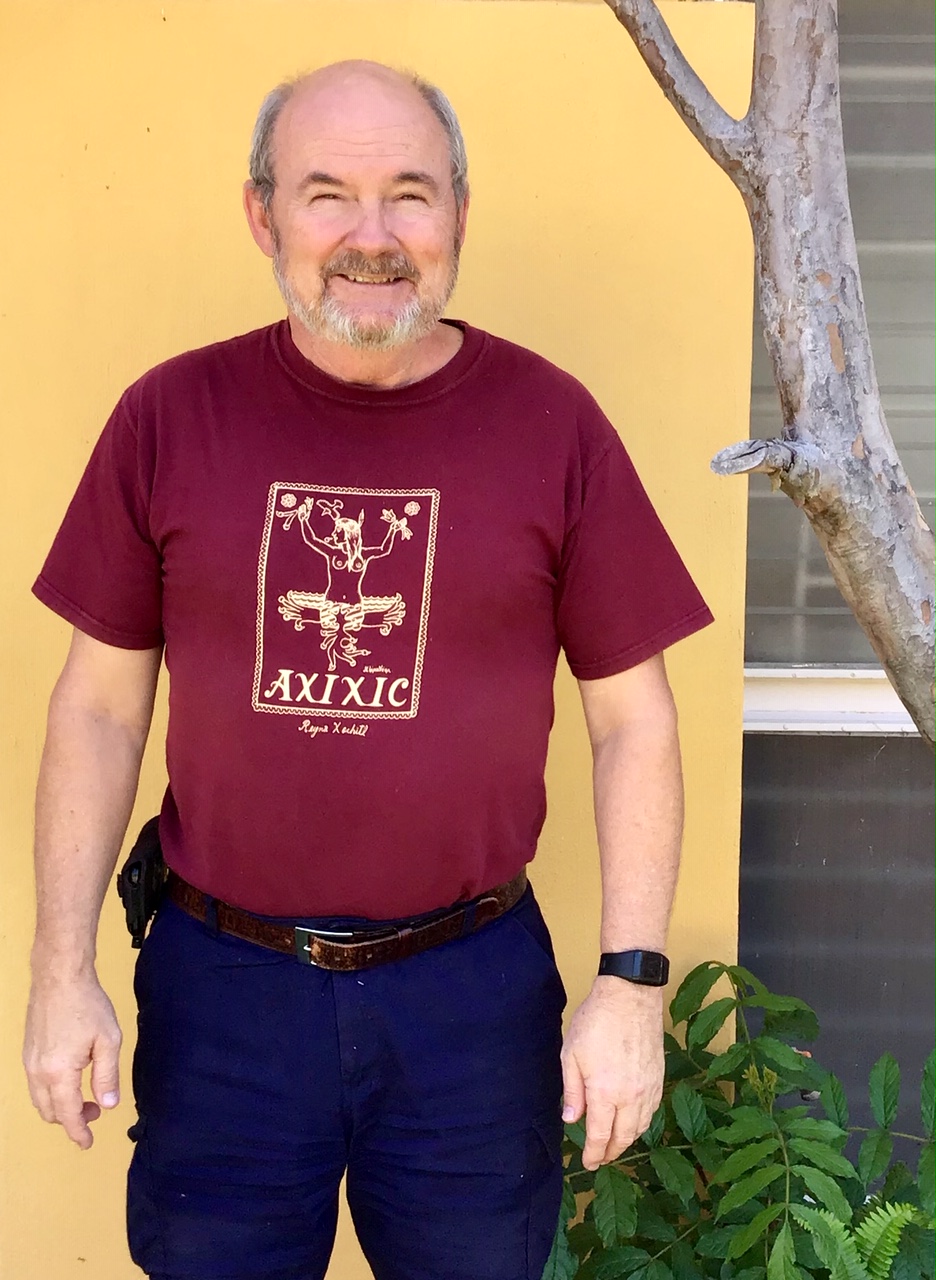 United by a love of theater, romance quickly blossomed.

Snowbirds who have been coming to lakeside for four years, Washer and Ellens can often be seen helping out backstage for productions such as last year’s Lakeside Little Theatre musical “Fiddler on the Roof,” and more recently for “Same Deep Water as Me.” Washer also joined in helping with the construction of the new Bravo Theater.

“Glynis and I have been involved in community theater in Ottawa for many years,” says 62-year old Washer. “Although Glynis has been on the stage only a few times, she is most comfortable behind the curtains.”

Not so with Washer. After getting his first acting role at age 37 in a community theater in Russell – a small town outside Ottawa – he continued auditioning for plays in Ottawa and Toronto, eventually signing up for acting classes and workshops.

“RAPA Theater in Russell was looking for actors for the play ‘Harvey,’” says Washer. “Typical of small theaters, they were short of men. I auditioned, landed a secondary role and thoroughly enjoyed myself.”

Then, at some point, he found himself getting some paid work for both film and stage.

Continues Washer: “I joined ACTRA (Association of Canadian Television and Radio Artists) in 1988. I went on to do more film and TV work, including landing a minor role in one episode of the Canadian TV series ‘Butch Patterson Private Dick.’ It was about a goofy detective who drank too much and tripped and fell a lot.”

He also got roles in several independent and student films.

In 2005, Washer got his “big break” working on the Bruce Willis film “Sixteen Blocks,” where he was cast to play one of about 100 SWAT guys who got to chase Willis around Toronto – a city that was magically “transformed” into New York City.

“The film crew went through the Toronto streets, changing the signs, placing magnetic U.S. license plates on cars parked on the street, and rolling out American-style mailboxes, while covering the Canadian mailboxes with blue cloth.”

Washer’s last film role was in Ottawa 18 months ago, when he landed a role in the comedy TV series “Michael Tuesdays and Thursdays” – about a man afraid of everything whose psychiatrist helps him deal with his phobias. Washer had a small speaking role in one episode, playing a therapist at a job interview looking for work.

Says Washer: “The director was looking for men who fit the qualifications of ‘60ish, balding and boring.’ I emailed them stating that I had all three qualifications and would like to read for the part. Happy to say, I auditioned and got the role.”

He continues: “As day players, we show up and wait in a small trailer to be called to do our part of usually one to six lines. When our turn comes up, the director tells us what to do and we do it, sometimes having to go through two to five takes. With lots of waiting time, we figure we’re going to be there for ten to 16 hours.”

When Washer wasn’t auditioning and acting, he was working at a “real” job in prosthetics and orthotics, building artificial limbs and leg braces for 25 years. Now, he builds custom wheelchair modifications for children.

“I’m a private contractor, having worked with my friend for 15 years in the custom wheelchair business. He’s okay with me taking three months off each winter. I just have to make sure I’m back to work in April.”

Washer also works as a stage carpenter for various small theater groups in Ottawa. This way, he’s never too far away from the theater. And every year when he and Glynis arrive at lakeside, they get involved, in some capacity, with the local theaters.

“We vacation three months every year in Mexico in order to get away from the Ottawa winters, and since we only have three months to enjoy the sunshine, we don’t want to spend our time indoors rehearsing, which can easily consume two months of our time.

“Once I’m actually retired, we’ll extend our stay to five or six months, which Glynis would prefer. For her, three months is way too short.”

Once they are able to extend their stay, Washer says he can audition for a part and get back into acting instead of working backstage – something he is looking forward to doing.