In these parts Huichol artistry is frequently on display is street stalls and on the sidewalk, but it is a glaring omission in prestigious museums. Perhaps the old adage that artists are rarely appreciated on their home turf is in operation here. 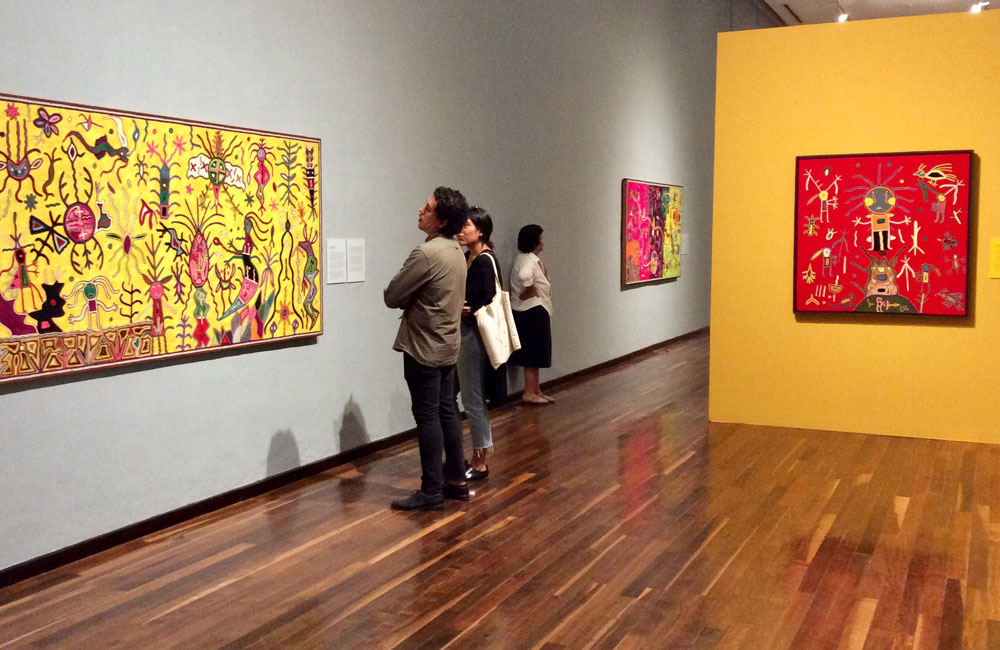 But the new exhibit “Grandes Maestros del Arte Wixárika” (Grand Masters of Wixárika Art) at the Instituto Cultural Cabañas – newly christened the Museo Cabañas in signage at its entrance in Guadalajara’s centro historico – is set to change this lack of appreciation of Huichol culture, which is also called Wixárika (pronounced wee-har-EE-ka, despite the accent mark over the letter a) among the indigenous people themselves. The new focus is congruent with the professed desire of Jalisco authorities to shine a light on people who have been marginalized.

And the Cabañas is setting things right in a big way by choosing six prime salons near the museum’s entrance and filling them with about 50 brilliantly colored, large and extra large embroidered works, scores of striking photos of the Wixárika environment and culture, a lovely documentary and even a room devoted to recordings of their music. All are accompanied by profuse explanatory signage in Spanish and sometimes in the indigenous language and English. 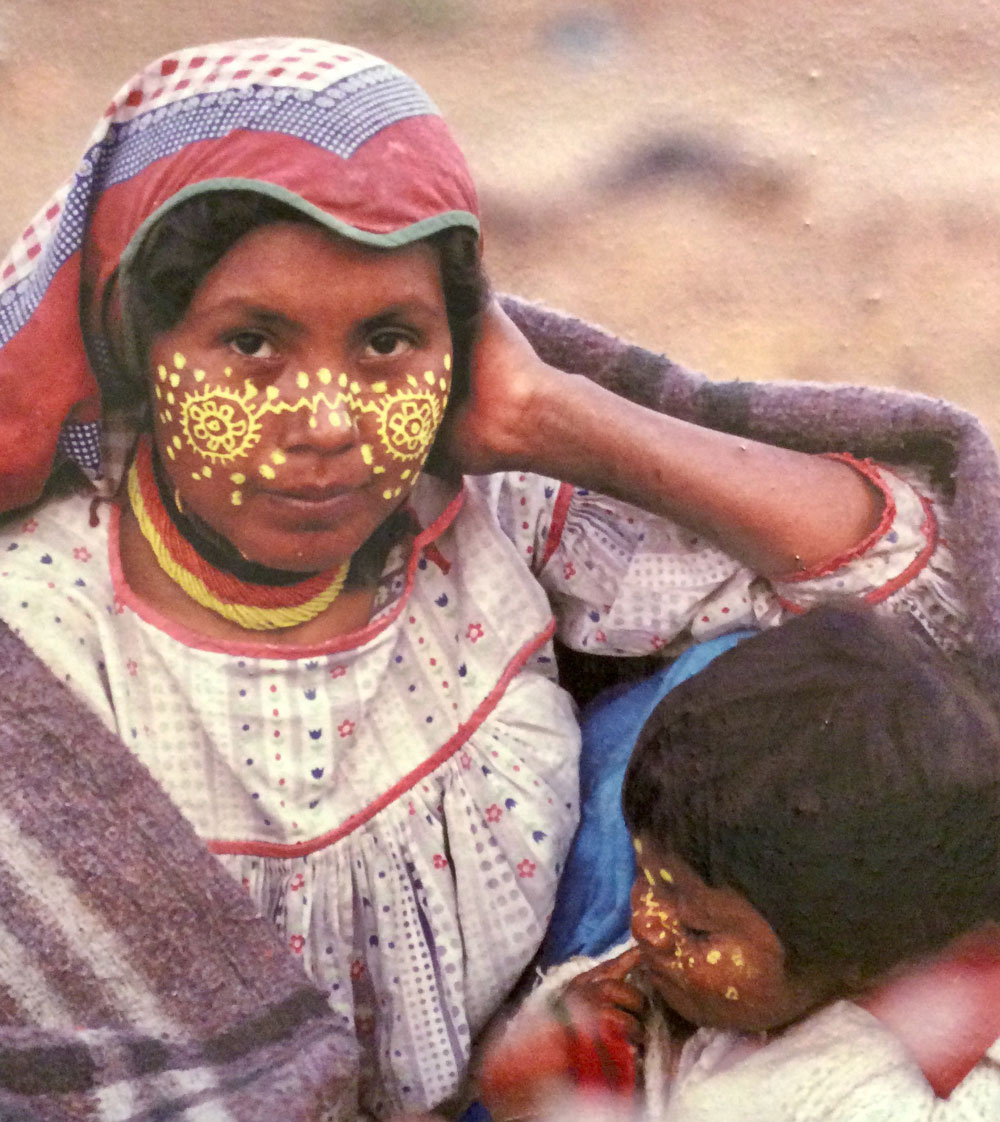 The notion that the show shines a light on artists who have been overlooked on their home turf is bolstered when one scrutinizes how the show’s curators acquired the pieces exhibited and notices that many of them come from far away: from the collections of foreigners, from Harvard University and from the Museum of Natural History in New York.

Even the exhibition’s main benefactor, Juan Negrín, who collected much of the show’s content, illustrates how it often takes a foreign outlook to see something valuable that is neglected at home. You can read Negrín’s biography in the show’s signage. He seems to have been the adventuring son of an exiled Spanish aristocrat and an American mother, who lived in Guadalajara (he died recently), became an aficionado of the Wixárika and was accepted by some Wixárika families.

One clear indication that the show is about far more than merely exhibiting some impressive embroidery is its profiling of several indigenous artists, including one woman, Lucia Lemus de la Cruz Xitaima, who, unlike some of the profiled artists, is still living.

Negrín’s enthusiasm is also somehow captured in the show, probably via his striking color photos, many done in the 1970s, along with his musical recordings and in the astounding landscape photo on display in the final salon.