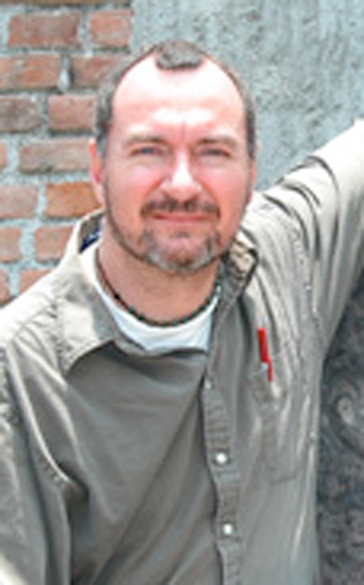 Back in his native Guadalajara last week, Los Angeles-based professor and author Manuel Aguilar-Moreno launched a Spanish-language account of the 1846-1848 U.S.-Mexican War, a tome he calls a “humane” study of an “unjust” invasion.

A major motivation for writing “Reflexiones sobre la invasion de Estados Unidos a Mexico”  came while studying for his PhD at the University of Texas.

“I found that the bodies of 30 Mexican soldiers were being kept in a black garbage bag, stored in the archeology college lab,” Aguilar-Moreno said at the book launch held at the  Western Mexican Museum of Archaeology. He decided to investigate their story after receiving a petition from the Mexican Army, whose senior officers had called for the bodies to be returned to Mexico for a decent burial.

Aguilar-Moreno’s investigation revealed the men were killed in the Battle of Resaca de la Palma (now Brownsville, Texas), the first major battle between the United States and Mexico.  The author said his intention with the new tome is to “humanize” the conflict and not regurgitate historical facts that are already widely known about.  During his research for the book, Aguilar-Moreno encountered serious question marks over the aptitude of Mexico’s military leaders during the war, failings that are ignored in traditional Mexican chronicles.

Now a Los Angeles resident for most of the year, Aguilar-Moreno grew up in Guadalajara, earning a degree in electronic engineering at the ITESO university and another in Mexican history at El Colegio de Jalisco. He then took a masters in Latin American Studies and a PhD in Art History and Anthropology, both at the University of Texas.

He has since taught history at several universities in the United States and Mexico and is the author of numerous books in both Spanish and English and countless academic articles.

One of his most widely read books in English is the 2007 grade-nine-and-up “A Handbook to Life in the Aztec World,” which the School Library Journal called “an engaging examination of Aztec history and culture,” and another reviewer referred to as “a gold mine of information.”