Robert Bruce Drynan of Ajijic is the author of “Domain of the Scorpion” (2009), a thriller set in Colombia and Venezuela and Panama, that introduces several characters we meet again in his latest novel, “The Shadow of Nemesis,” set largely in Mexico. “Domain of the Scorpion” was followed by “What Price Liberty?” (2010). which chronicles the air and naval attack by Israel, during the 1967 Six Day War, against the USS Liberty, a navy intelligence ship that was unarmed (two-thirds of the crew were killed or wounded). More recently Drynan has published two useful bilingual books, collections of both stories and articles: “El Dorado” (2014) and “The Last Tattoo” (2014).

In “The Shadow of Nemesis,” Ryan and Anne Haggerty, hero and heroine of “The Domain of the Scorpion,” must, three decades later, face once again the man called El Alacrán, The Scorpion, who had mercilessly pursued them across Venezuela and Colombia and Panama. In this new novel, Former Marine Ryan Haggerty has recently lost a leg that was terribly maimed in the war in Korea and that had finally turned gangrenous.  Ryan and Anne have a beautiful, intelligent, resourceful daughter named Katie who along with two dear friends is abducted by dark forces, and who is apparently destined to become the sexual companion of Prince Walid, son of the Emir of Zudai. Katie’s brother Sim sets out to rescue her.

Things quickly become very complicated. A corrupt oil company president negotiates a new liver transplant in Mexico. Evil men are harvesting organs from the poor, often from children, selling and transplanting them through a dark organization hidden in the jungles of Chiapas – headed no less by The Scorpion himself. The oil company president initially, though, arranges the kidnapping of the young women as a trade in order to get a lucrative oil concession in Zudai. 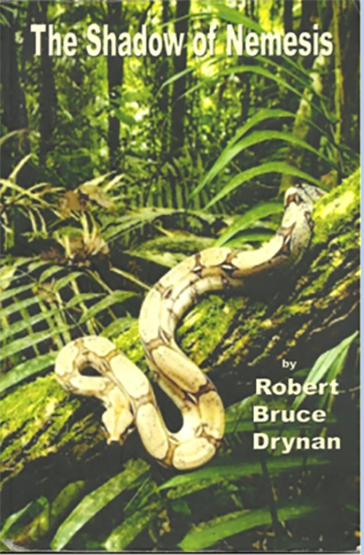 Two of the young women are unusually intelligent, even powerful, adaptive, courageous and determined to survive. One of them falls in love with Ryan’s son, Sim, and so lurking amid the tragedies and hopes a love story is beginning.

Another laudable character is Inspector Domingo Dosantos, a Mexican police officer in Juarez who has himself lost a beloved daughter to The Scorpion and who is determined to bring justice, and a particularly Mexican form of it we discover later.

When the novel begins, Ryan, whose leg had finally been amputated, has been in a deep depression for weeks, not feeling like a whole man; but he is goaded into action when his daughter is kidnapped and when Anne, his dear wife of many years, demands answers: “Where is the man who followed me across Colombia and Panama to get me away from that monster? Where is the man who has held me close in his arms, made me feel safe and warm, who filled my body with our children? You made them safe and warm … their hero … my hero … my love and our protector.”

As the story moves toward its conclusion – in Chiapas – even Sub-Comandante Marcos of the Zapatistas comes to their aid. Here he expresses his disgust at the business of selling human organs to the wealthy: “This is a new and even uglier form of exploitation, not just the land, but the bodies of the people, especially children….God damn them!”

Robert Bruce Drynan writes with compassion and skill about the evil in the world and along the way puts together a remarkably good thriller!