Indian cuisine is strongly shaped by Indian history, its diverse cultural influences, religion, ancient traditions and the Indian people themselves. 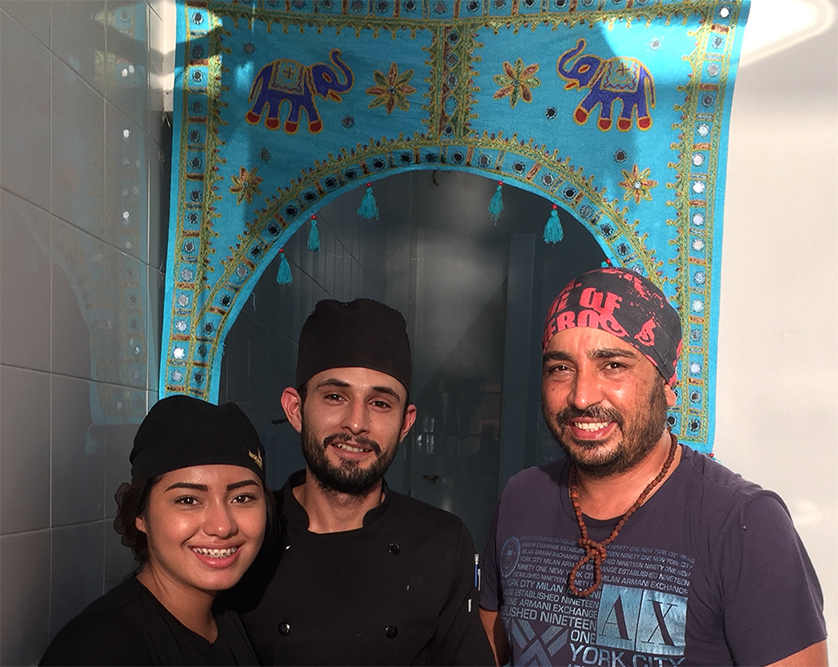 But a constant characteristic of Indian dishes has been the creative and extensive use of spices. After all, for centuries, India was only a ship’s ride to the famous Spice Islands. And so spices of every sensation were available and incorporated into the many regional dishes Indian food is now noted for. (Wars and grand expeditions were undertaken over these spices, and when you eat Indian food you know why.)

There’s a new venue in Ajijic. It’s at the Centro Laguna food court. But don’t let that define this venue for you. As an upstart, Indian Curry features some of the best Indian cuisine Ajijic has to offer. The owner-operators were quick to point out to me that northern Indian dishes tend to use lots of breads and curries. Much of what you may have eaten in the Indian restaurants of North America – such as naan bread, rotis (flatbreads), samosas and every conceivable curry dish -- are indigenous to the north.

I’ve been to Indian Curry several times, and while the menu is limited at the moment, it consists of three “Combo” categories, so that your choices depend on your appetite and fervor for the exotic and spicy. The offerings – buttered chicken, curry chicken or curry pork – are bewitchingly savory with freshly ground spices that linger after each swallow. You can do a combo with one curry or two or three, each accompanied with rice balmati, a lentil or garbanzo choice and of course, naan bread, and a veggie egg roll or a pan-fried potato patty stuffed with vegetables – a great splash of flavors and textures completing whichever “combo” you choose.

Beverages, not by design but location, do not include beers or wine. But there are some interesting Indian drinks and sodas.

Indian Curry’s plan is to eventually move to an actual restaurant at Lakeside, where they can offer a more extensive menu and a more comfortable setting and ambiance. Their trick is to showcase what their artistry can do in the food court and establish a following and a reputation. Prices are modest and based on your combo selection. They also offer home delivery, again to reach out to a broader clientele.