A recent discussion reinforced the wisdom of an old adage, “Learning about living in Mexico is like peeling an onion. Just when you think you are done, you realize there’s another layer.” 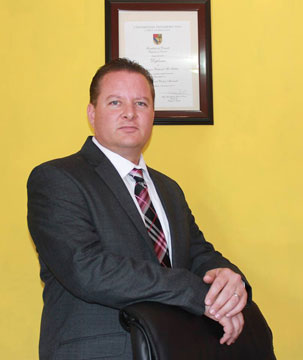 The conversation with Chapala attorney Spencer McMullen centered on the rights of hospitalized patients. Some of the information blew popular myths and urban legends to bits. The cautionary tales and suggestions he related can help keep expats aware and prepared for hospital rules and regulations.

McMullen suggests that eventual hospitalization requires as much thought and planning as any other facet of life. Area residents should begin by reading their insurance policies and checking the following facts:

With this information in mind, expats next need to create a hospitalization contingency plan with the doctor, family members or friends and the advice of their attorney. This group of concerned individuals needs to be in agreement as to which hospitals will be used, and for what services – well in advance of the need, and how the bills will be paid. It’s wise to also review the medical portion of car insurance at this time to see if it requires the use of specific hospitals. In the case of a car accident it may be possible for a patient to be admitted to one hospital that is recognized by both insurance policies. This might give the patient the opportunity to exceed the limit allowed by the car insurance without being moved to another hospital recognized by the health insurance.

“The admission requests of area hospitals,” said McMullen, “may sound like hard core requirements. But according to the law, patients do not have to pay before being admitted to a hospital, they do not have to sign paperwork which has blanks for the amount owed, or the interest rate which will be charged.

“By law,” he continued, “hospitals may not refuse to admit a patient because of the inability to pay. They are absolutely required to keep and stabilize a patient and then move them to another facility, if necessary.”

There are legal catches in the admissions paperwork of some hospitals. Many have a pagare (promissory note) written into the fine print. Some fill in the blanks later and then patients realize that they not only owe a large bill, they must pay it very quickly or begin paying interest of 10 percent a month (that’s 120 percent a year) or more. While it is understandable that hospitals want to be paid and are concerned that foreigners may run up a bill and then leave the country without paying, that is not the norm.

The law requires that hospitals post a list of services and the associated prices. Most do not reveal this information for patients and in fact may charge unreasonable amounts. Even if the hospital is charging 20 dollars for an aspirin, if you signed the pagare built into the admissions papers, you have to pay and if you refuse, they can come after you for payment.

“Payment of a ridiculous bill legally means you’ve consented to the amount. At that point you no longer have the right to fight the amounts charged.”

It is wise for area expats to know some of the law and some of the agencies that protect them and their rights. In the case of hospitalizations and medical bills there are four governmental agencies that may be the proper authority.

Secretaria de Salud de Jalisco (State Secretary of Health) – This state government agency licenses medical facilities. Patients or their legal representatives can request that a hospital be shut down if it doesn’t meet minimal standards, is dirty or if grossly negligent. Visit: ssj.jalisco.gob.mx.

Profeco (Federal Consumer Protection Agency) – Profeco will assist you if you believe you have been incorrectly charged, double charged, or experience other business or financial problems with your health care. McMullen suggests that patients simply leave the hospital while refusing to pay the bill and immediately go to Profeco to file a claim, stop any collection process and be provided a day in court. The law requires that this type of claim must be made within nine business days. Visit: www.profeco.gob.mx.

Comisión Nacional de Arbitraje Médico (Conamed - the medical arbitration agency) – This agency adjudicates in cases of medical malpractice. Email: This email address is being protected from spambots. You need JavaScript enabled to view it.  or visit: conamed.gob.mx.

Comision Estatal de Derechos Humanos (State Commission for Human Rights) – This agency guarantees basic rights to every person in the state, including the right not to be held hostage and the right to be given medical care.  The agency office is at Pedro Moreno 1616 in Guadalajara. The website is cedhj.org.mx.

McMullen quoted both Mexican law and an international treaty, both of which govern and ensure the rights of patients. “We hear frequently that patients will not be released from a Mexican hospital until the bill is either paid or proof that payment will be forthcoming shown. That is not true. To hold a patient in a hospital against his will would be a form of kidnapping. If that is ever suggested, patients or their friends or family should simply call the police and report the crime that is in process.”

So, while calling a lawyer along with the doctor and ambulance when a patient is injured in a car accident, having a heart attack or stroke may not seem logical, having legal representation on hand to read the fine print in the admissions paperwork could well be the best move a patient’s support system makes.

And what happens if, in spite of the patient’s best planning and expertise, the payment of the bill moves into collection avenues? Are foreigners at the mercy of collectors in shiny suits who seem to want to pick up the computer and the car?

McMullan reveals the rest of that story and how patients can protect their assets in next week’s installment of this view of patient’s rights.