With some public health experts warning about the overuse of antibiotics and vaccines, many individuals struggle with uncertainty when faced with situations that call for their use. 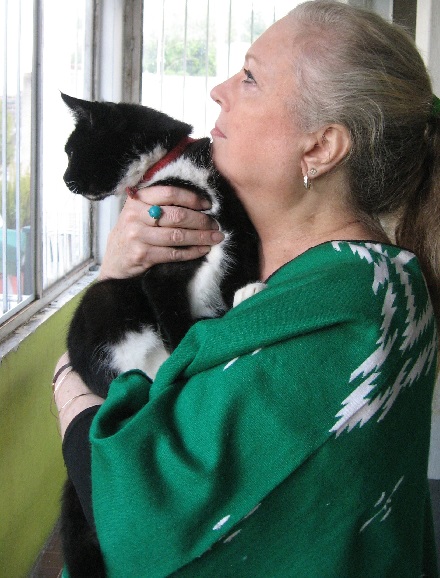 For example, Johns Hopkins School of Medicine scientist, Peter Doshi, Ph.D., published a critique October 29 in a British medical journal, charging that “the [influenza] vaccine may be less beneficial and less safe than has been claimed, and the threat of influenza seems to be overstated.”  But the warning didn’t come soon enough to alert Kimball Wheeler to a potential problem.

“People ask me why I get flu shots,” said Wheeler, a veteran mezzo-soprano who, from her home base in Guadalajara, still maintains a busy schedule of teaching and performing. “They say, ‘I haven’t had one in years.’ But, being a singer, I couldn’t afford to get sick because I’d be out thousands of dollars, so you accept risks, because the benefits outweigh the risks. With the shots, I might get the flu, but for a short time, or not at all.”

Wheeler received a flu shot last month at a Mexican national health service clinic after being reassured that her recent cold would not complicate receiving the vaccination. But she woke up the following morning with a problem.

“I felt awful,” she said, not realizing that subsequent developments would make that morning’s illness seem mild by comparison.

Because the malady lingered, Wheeler went on Saturday, November 8, to a trusted doctor, Eduardo Macias Cárdenas. (She brought along her cat, Chaser, in a carrier, planning to go to a veterinarian later to get him vaccinated.) Macias informed her that one should wait a whole month after any respiratory infection before getting a flu shot. Next, attempting to knock out stubborn bugs, the doctor injected Wheeler with a blend of antibiotics, including penicillin, which he had tailor made for her.

“I’d had the same combination from him before and it worked well,” she remembers. “The nurse gave me the shot. Almost instantaneously, I had a weird metallic taste in my mouth. Then my palms started to itch and I felt weak and dizzy.”

During the short time during which the puzzling reactions unfolded, Wheeler had made her way out of the doctor’s office, with Chaser in his carrier. But she soon found she had to sit down on a curb.

“I was weak and dizzy. Dr. Macias came out and saw I’d turned bright red and couldn’t catch my breath. He went back to grab some cortisone and brought it out and gave me injections. He recognized it immediately as anaphylactic shock. He said it was the worst he’d ever seen. I remember him yelling to the nurse, ‘Llama la Cruz Verde.’” (“Call the Green Cross,” the Mexican medical emergency system, which maintains at least eight emergency clinics with ambulances around Guadalajara and Zapopan.)

“I was in and out of consciousness, but I do remember that the ambulance seemed to come fast, that there were four handsome young paramedics and that before they took me away, I yelled ‘Mi gato! Mi gato!’ and so Chaser came with me in the ambulance.” Wheeler said she remembers the sound of her own gasping for breath, an oxygen mask and the fear that she would be intubated, harming her voice. 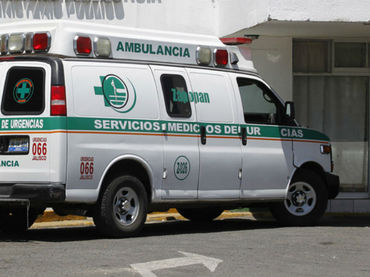 Wheeler arrived at the Cruz Verde Sur clinic unconscious and the head doctor there worked on her to get her blood pressure down.

“Anaplylactic shock can cause heart attacks and blood sugar spikes, especially in older people,” she notes. When she was stabilized and conscious, the doctor explained what had happened and what tests she was given — an EKG, a heart ultrasound, and over 20 other tests, plus intravenous medications.

“They asked if I had IMSS insurance, which I do, but decided it was too long a drive to risk taking me there. But never once did they ask me for an ID or credit card, or to sign a waiver against malpractice. What I’ve experienced in the U.S. is you can be bleeding or convulsing and they still want an ID and credit card and a waiver. But here, life is the priority.”

Internet medical sources state that anapylactic shock is uncommon (only 1,500 fatal reactions per year are recorded in the United States), but can occur as a response to many foreign substances — most commonly, insect venom, antibiotics such as penicillin, aspirin, ibuprofen, and even herbal preparations and six common vaccines. It is riskier to receive the offending substance by means such as injection rather than orally. Older people using beta-blocker drugs as well as babies and children are said to be at special risk. A 2009 study done among Shanghai health care providers found that of all drugs causing adverse reactions among children, vaccines were the most commonly reported.

“I want everyone to realize that you can have an anapylactic reaction to something, even if you’ve taken it before with no problems,” Wheeler stressed. “And if it happens you have to get help quickly  because in seconds you won’t be able to speak or stand up.”

When Wheeler returned to thank Dr. Macias, he told her which antibiotics were in the mixture he gave her, but “after seeing me so close to death,” he wouldn’t test her to check which one provoked her reaction.

“After what happened, I suppose I’m going to get alternative remedies for flu, like oil of oregano,” she said.

Wheeler was very positive about the whole experience.

“I could have died, but it wasn’t traumatic, maybe because everyone was highly professional and attentive and compassionate.” She was thrilled to see that her bill after the ambulance ride, three hours in the emergency room and many tests was only 1,550 pesos. (About $114 U.S. dollars.)