A photographer whose work is informed by a broad and well-defined world view will exhibit at Casa del Sol Inn in Ajijic, starting with a meet-the-artist reception Saturday, September 4, 4 to 6 p.m., and continuing for several weeks, possibly though November. 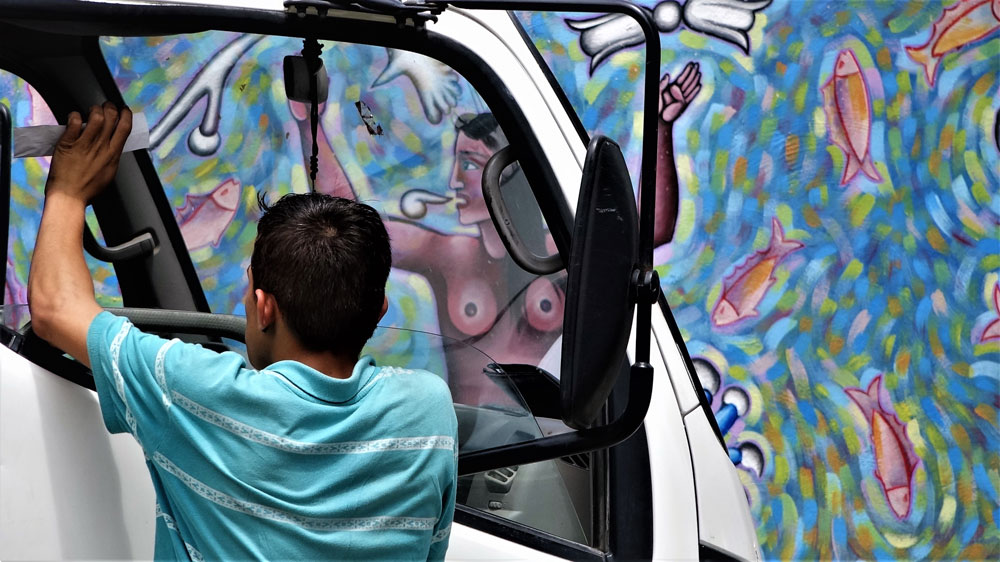 Wilfried “Willy” Raussert, a professor at the Universität Bielefeld in Germany, has been devoting four months a year to teaching Interamerican studies, music, literature and the arts at the Universidad de Guadalajara, as well as to spending time with his significant other, a UdG professor he met while giving a conference here in 2008.

Since Raussert has spent considerable time up and down the Americas, as well as around Europe, starting in 2016 he began to parlay his long, afternoon walks into photographic adventures focusing on a topic that greatly interests him—“urban space.” The results will be on view at Casa del Sol, even including some photos taken in Ajijic.

“Most of my photos are taken on the spot, spontaneously,” Raussert commented. “They are not often arranged—I might spend ten minutes waiting. Generally I use a painterly technique. I’m not so interested in technical perfection or in remaking images.”