Fed up with years of being shortchanged by the dairy industry giants, Jalisco’s small milk producers have banded together to produce their own pasteurized milk brand – Natulec. 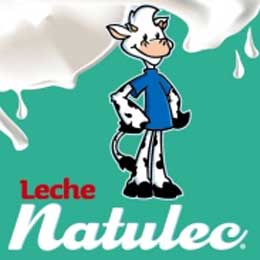 It’s unlikely that you’ll see Natulec on the shelves of Walmart or Soriana for a while but the new cooperative plans to distribute its product in small grocery stores (abarrotes) and to government agencies. The first orders came through recently from Family Development Agency (DIF) branches in the towns of Arandas, San Miguel el Alto and Jalostotitlan.

Four million pesos has been injected into the project, which encompasses 1,800 milk producers (lecheros) in the state.

Natulec will be presented in plastic Tetra Pak’s of one liter and retail for 10 pesos.  The product can be stored for up to six months.

Directors of the venture hope to get state government backing and soon open their own processing plant, although that would require a hefty investment of around 20 million pesos. Currently, the pasteurized milk is being produced at Cremerias Aguascalientes in Jalostotitlan.

Although the new operation has a long way to go before it can truly compete with the sector’s big boys, the milk producers can take heart from some historical precedent.  In 1949, a group of small milk producers from the Comarca Lagunera (the rich agricultural area in northern Mexico) united to establish the Union de Productores de Leche de Torreon (Torreon Milk Producers’ Union).  That company today is Lala – the nation’s largest producer of dairy products.